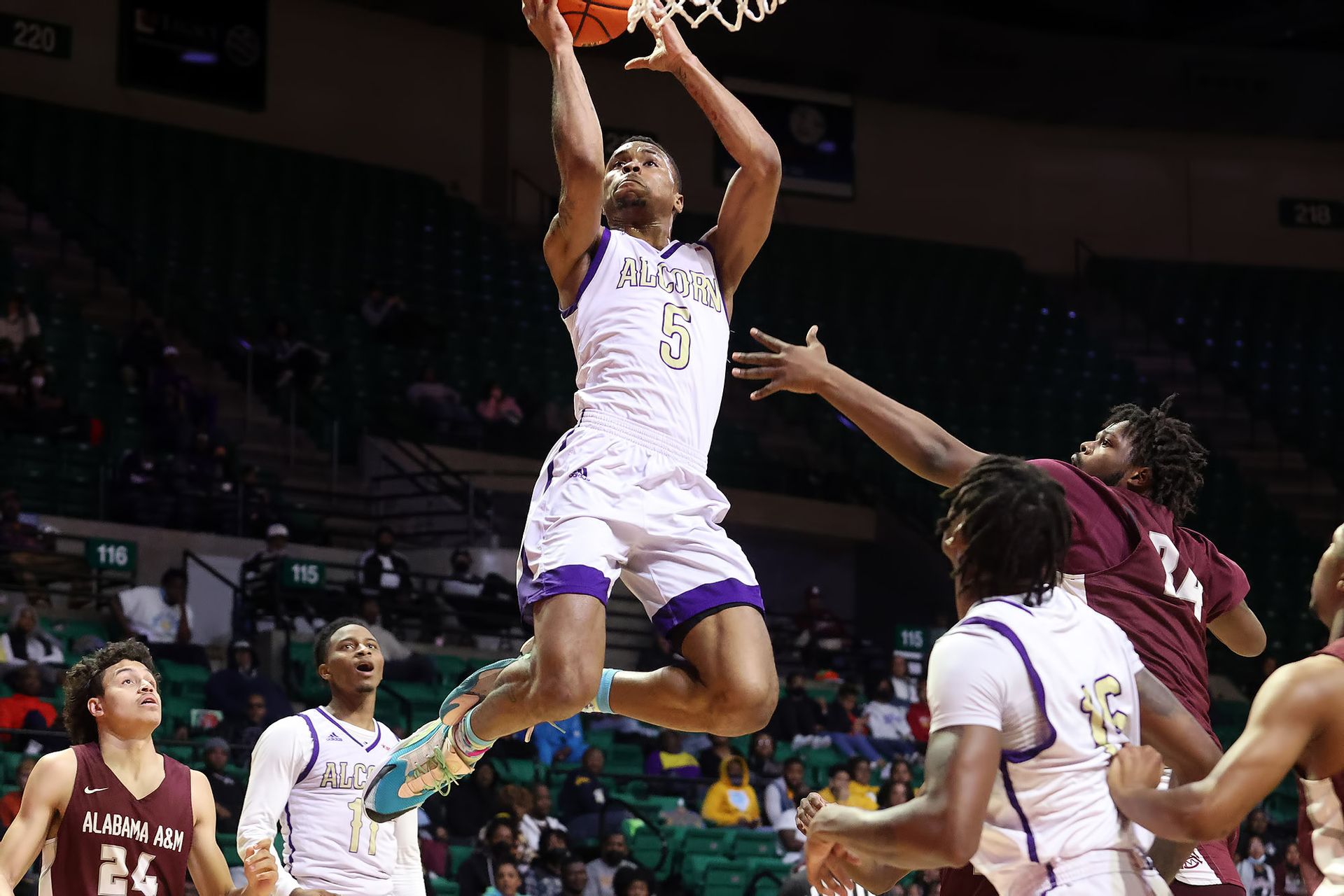 Along with Keondre Montgomery’s output, the Braves’ also shot 51% from the field.

Alcorn State broke its streak of seven consecutive losses, defeating Alabama A&M in an 89-76 contest on Saturday evening at Davey L. Whitney Health & Physical Education Complex. They went into halftime with a 45-31 lead and were able to hold off the Bulldogs for the final 20 minutes.

Keondre Montgomery scored 24 points to lead the way for Alcorn State. It wasn’t just Montgomery though, the Braves’ offense was humming on all cylinders, pouring in 1.24 points per possession on 51% shooting from the field. Free throws were another positive component of their evening. They drew 20 fouls on the defense, which led to 26 points on 90% shooting from the charity stripe.

Dailin Smith led the way for AAMU, scoring 15 points against Alcorn State. The Bulldogs went 28-of-62 from the field in this one, including 4-of-18 from the three-point line. That contributed to their average of 0.99 points per possession and 51% true shooting, which wasn’t enough to secure the win.

These teams will have little time to prep for their next test, as each plays next on Jan. 10. Alcorn State takes on Alabama State, while Alabama A&M readies for a battle against a Jackson State team who is playing great lately. The Braves will look to keep their momentum rolling and earn another win. On the other side, the Bulldogs will hit the road once again.