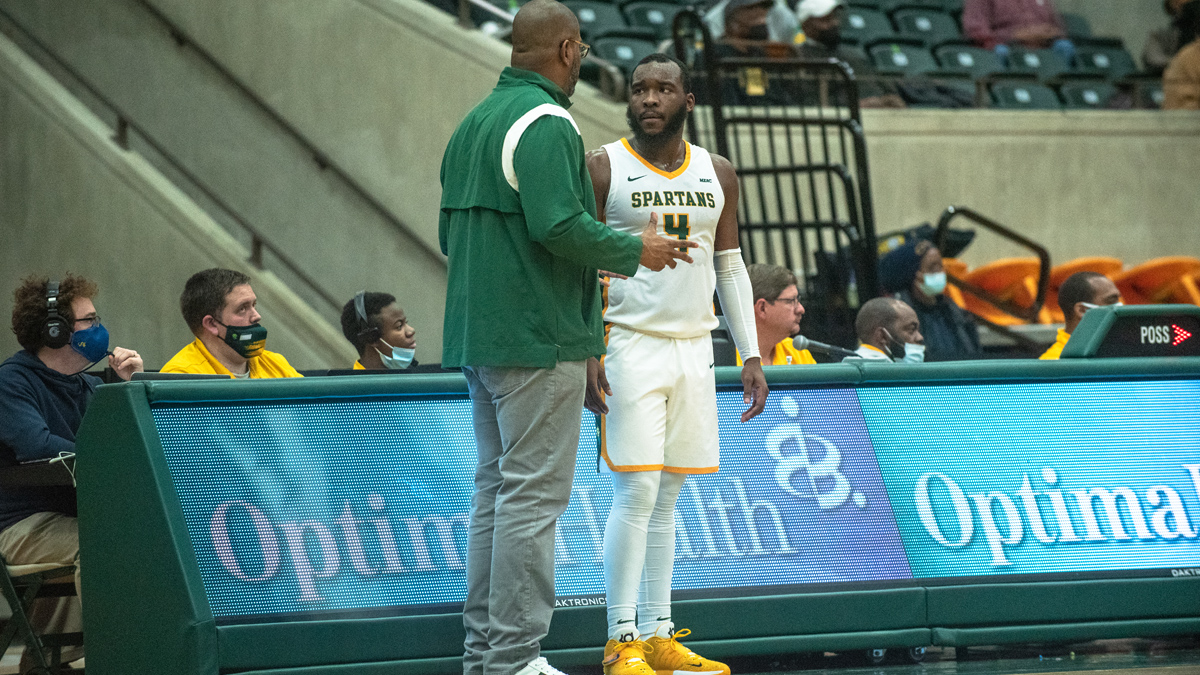 Norfolk State won a low-scoring battle with Maryland-Eastern Shore in its MEAC opener.

Norfolk State snapped UMES’s three-game win streak on Saturday evening, handing it a 57-46 loss at Joseph G. Echols Memorial Hall. The Spartans got off to a good start, going into halftime with a 24-23 lead. They then continued to outscore the Hawks 33-23 in the second half to come away with the victory.

Joe Bryant led the way for Norfolk State, putting up 15 points and seven assists. No other player cracked double-figures in scoring, but big Kris Bankston grabbed 12 rebounds to go with nine points. As a team, the Spartans shot 49 percent from the field, 35 percent from behind the arc, and 78% from the free throw line. The advanced stats told a similar story, as the team put up 0.89 points per possession on 58 percent true shooting.

Troy Hupstead scored 10 points while Da’Shawn Phillip added another nine to lead the way for UMES. As a team, the Hawks struggled to get things going offensively, scoring just 0.72 points per possession on 29% shooting from the field. They were heavily challenged near the hoop, going just 7-of-17 on field goal attempts in the paint.

Both teams face their next test on Jan. 10. Norfolk State takes on struggling Delaware State, while UMES squares off with Howard. The Spartans will look to keep their momentum rolling and earn another win. On the other side, the Hawks will be thankful to return home.