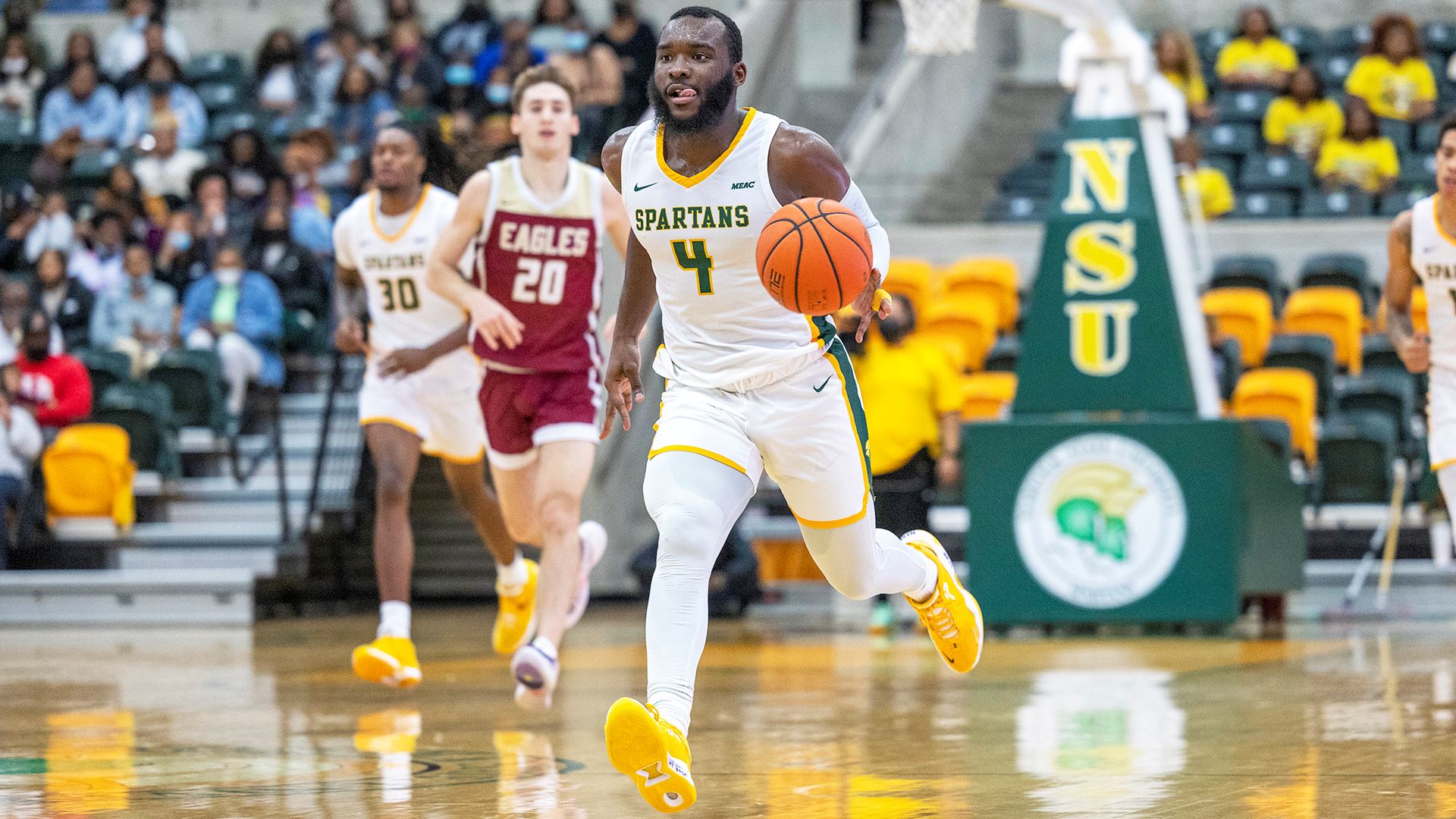 NORFOLK, Va. – Senior Joe Bryant Jr. and head coach Robert Jones win two major awards and lead a trio of Norfolk State men’s basketball players who have been selected to the All-MEAC teams. Bryant was named the MEAC Men’s Basketball Player of the Year as well as earning a spot on the All-MEAC First Team. Jones was selected by his peers as the MEAC Coach of the Year.

Senior Kris Bankston was named to both the All-MEAC Second Team as well as the All-MEAC All-Defensive Team. Classmate Jalen Hawkins was chosen for the All-MEAC Third team.

Bryant leads the MEAC in scoring and finished the regular season with a league best 453 points along with averaging 16.8 over the course of the season. He became the 38th member of the NSU 1,000 point club this season and currently has 1,113 which is 35th all-time.

Over the course of 27 games, Bryant made 112 free throws on 122 attempts for a .918 average which leads the conference as well as ranks third nationally among all Division I programs. He also ranks fourth in the conference in assists per game with 3.3. Bryant was named the MEAC Player of the Week four times this season.

Bankston has played in all 27 games this season for the Spartans, scoring a career-high 21 points in NSU’s win over NC Central on Monday evening. He is averaging 11.2 points and 6.9 rebounds per game this season, ranking second in the MEAC in rebounds. In total, he has 187 rebounds and 30 blocks, good for fourth in the conference. He was named the MEAC Player of the Week on November 30 when he averaged 14.0 points and 7.3 rebounds in all three of the Spartans wins that week.

Hawkins has increased his averages from a year ago when he scored 10.1 points and 2.7 rebounds. This season he is scoring 12.9 points per game and is averaging 3.7 rebounds. He has 38 assists and 30 steals in his 23 appearances. He scored his career-high last season with a 24-point performance against Appalachian State in the NCAA Tournament.

Jones has led Norfolk State to back-to-back MEAC regular season titles and the team’s third in the past four seasons. The Spartans have earned the No. 1 seed in next week’s MEAC Tournament and are the defending tournament championships after defeating Morgan State in the championship game a year ago. Earlier this year he became only the third coach in team history to win over 100 conference games and the only one to do so in the Division I era.

Jones currently has a 163-128 overall record and is 104-35 in the MEAC. This year marks the second time he has been named MEAC Coach of the Year after winning the award in 2019.