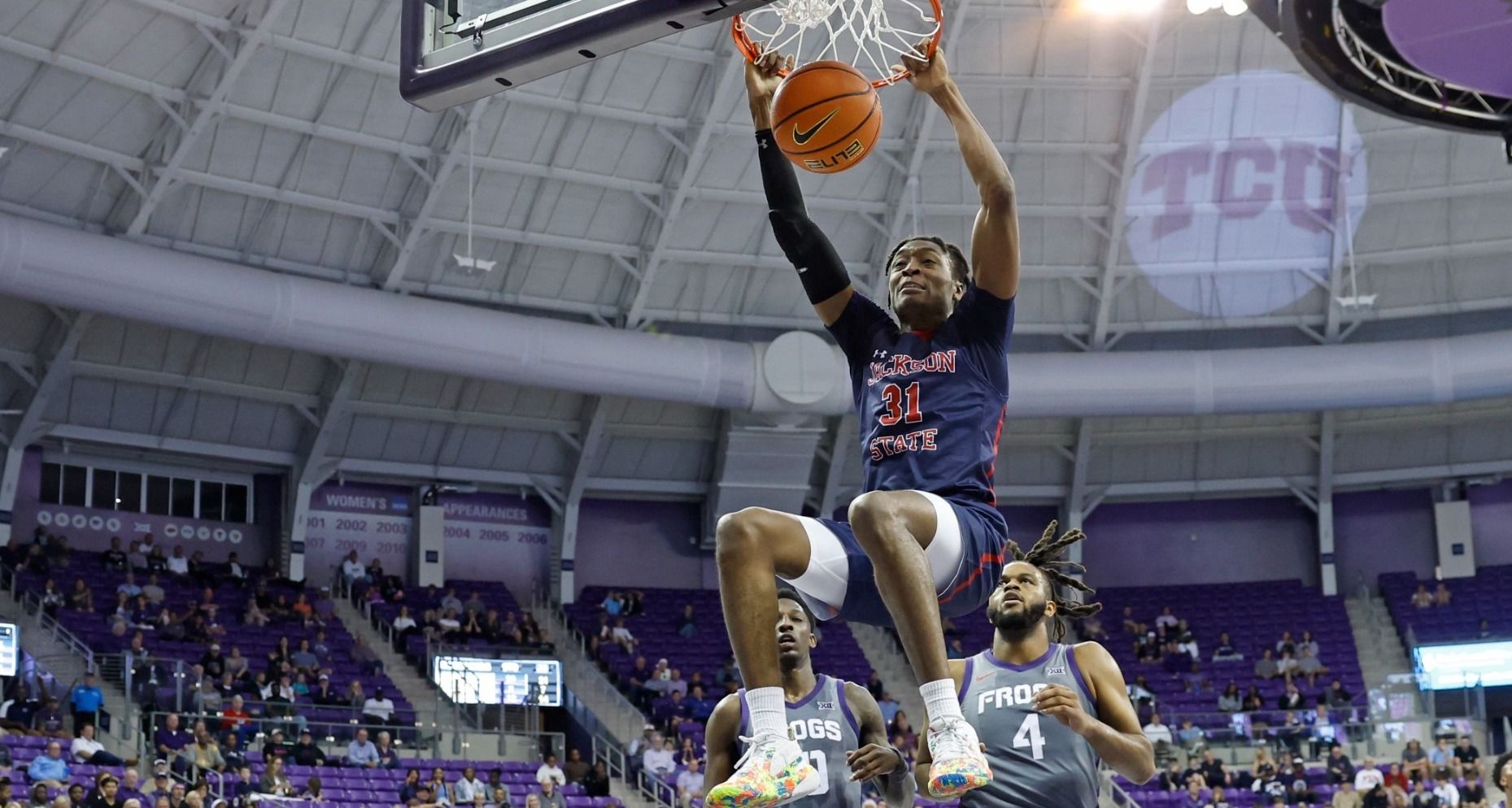 Coltie Young scored 17 points and grabbed 10 rebounds to lead the Tigers who shot 38% from the field, 17% from behind the arc, and 61% from the free throw line.

Jackson State snapped Alabama State’s three-game win streak on Saturday evening, handing it a 61-58 loss at Lee E. Williams Athletics and Assembly Center. The Tigers went into halftime with a 31-28 lead and were able to hold off the Hornets for the final 20 minutes.

Coltie Young scored 17 points and grabbed 10 rebounds to lead the way for Jackson State. As a team, the Tigers shot 38% from the field, 17% from behind the arc, and 61% from the free throw line. The advanced stats told a similar story, as the team put up 0.96 points per possession on 44% true shooting.

Bama St.’s offense was led by Isaiah Range, who scored 19 points. The Hornets shot 21-of-54 from the field and 5-of-19 from behind the arc. In total, their overall offensive efficiency wasn’t great and was a major factor in the loss. They scored just 0.94 points per possession on 47% true shooting.

These teams will have little time to prep for their next test, as each plays next on Jan. 10. Jackson State catches Alabama A&M after a loss in its last game, while Alabama State squares off with an Alcorn State side riding high from a victory in its last outing. The Tigers will look to keep their momentum rolling and earn another win. On the other side, the Hornets will get a shot to recover from this loss.