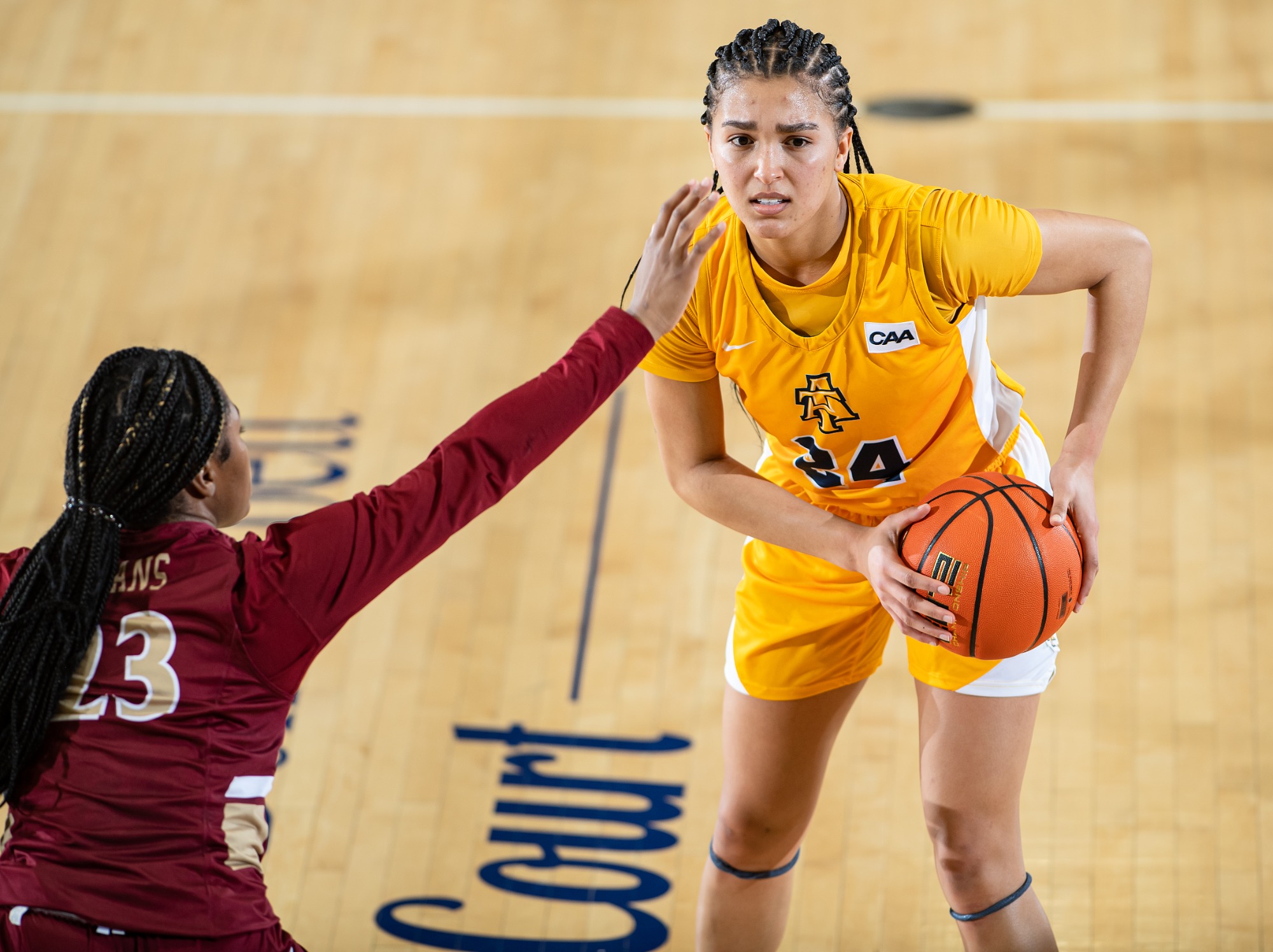 Jazmin Harris scored 18 points to lead the way for North Carolina A&T. D’Mya Tucker was pivotal as well, shooting 5-of-7 in the second half for 11 points to power the Lady Aggies forward after the break. North Carolina A&T’s offense as a whole came out of the break with new energy. The team shot 55% from the field in the second half, scoring 1.2 points per possession. This was a big improvement from the team’s 33% shooting and 0.73 points per possession in the first half.

Lucy Thomas recorded 14 points and nine rebounds, and Brianna Tinsley added another eight points to lead Monmouth. As a team, the Lady Hawks struggled to get things going offensively, scoring just 0.75 points per possession on 35% shooting from the field. Even the uncontested attempts were not falling, as the Lady Hawks went a paltry 9-of-16 from the free throw line.

Both teams face their next test on January 8. North Carolina A&T takes on Hofstra, while Monmouth faces an Elon squad recovering from a loss of its own. The Lady Aggies will look to keep their winning streak intact. On the other side, the Hawks will try to turn their home stand around.