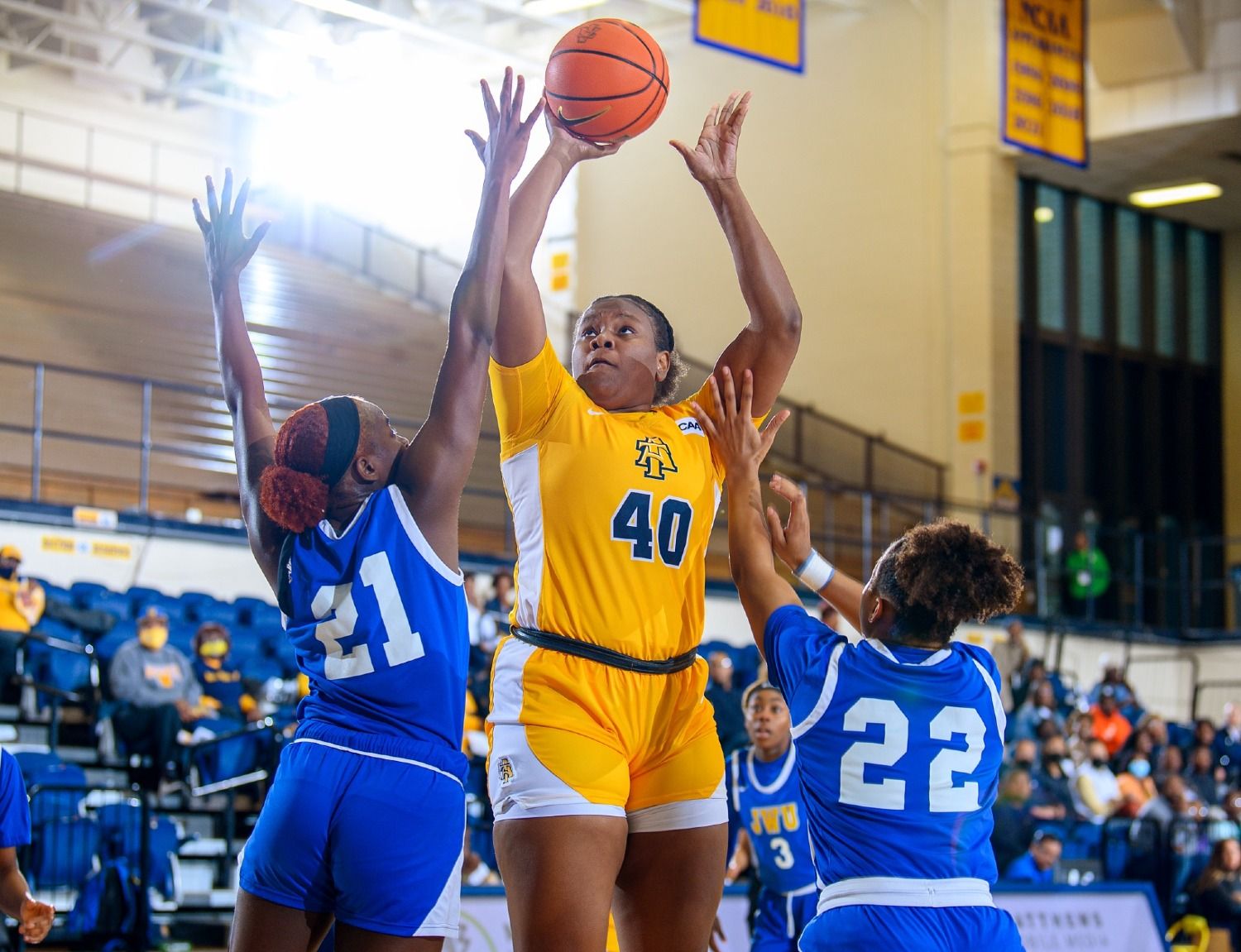 North Carolina A&T grad student Jazmine Harris is off to a hot start as the Aggie women are now 2-0 in the CAA.

“This is such a deserving recognition of her dedication,” said A&T coach Tarrell Robinson. “She has been our most consistent performer at this point in the season. I’m truly happy to see her receive confirmation of her hard work.”

The award makes Harris the first player in program history to receive CAA player of the week and the second to win a CAA weekly honor. Chaniya Clark earned rookie of the week on Dec. 12.

In the Aggies first-ever CAA contest, Harris led the team with 18 points, 10 rebounds and four blocked shots on 7-for-11 shooting from the field for her second consecutive double-double as the Aggies defeated Elon 67-50 Friday night at Corbett Sports Center.

Harris posted 18 points and 12 rebounds two days later in a 66-58 win at College of Charleston to mark her third consecutive double-double, the 10th of her collegiate career and the seventh as an A&T Aggie. She also had an assist and a block on 8-for-11 shooting in the first CAA road victory in program history.

Harris is tied for the CAA lead and ranks 39th nationally with five double-doubles.