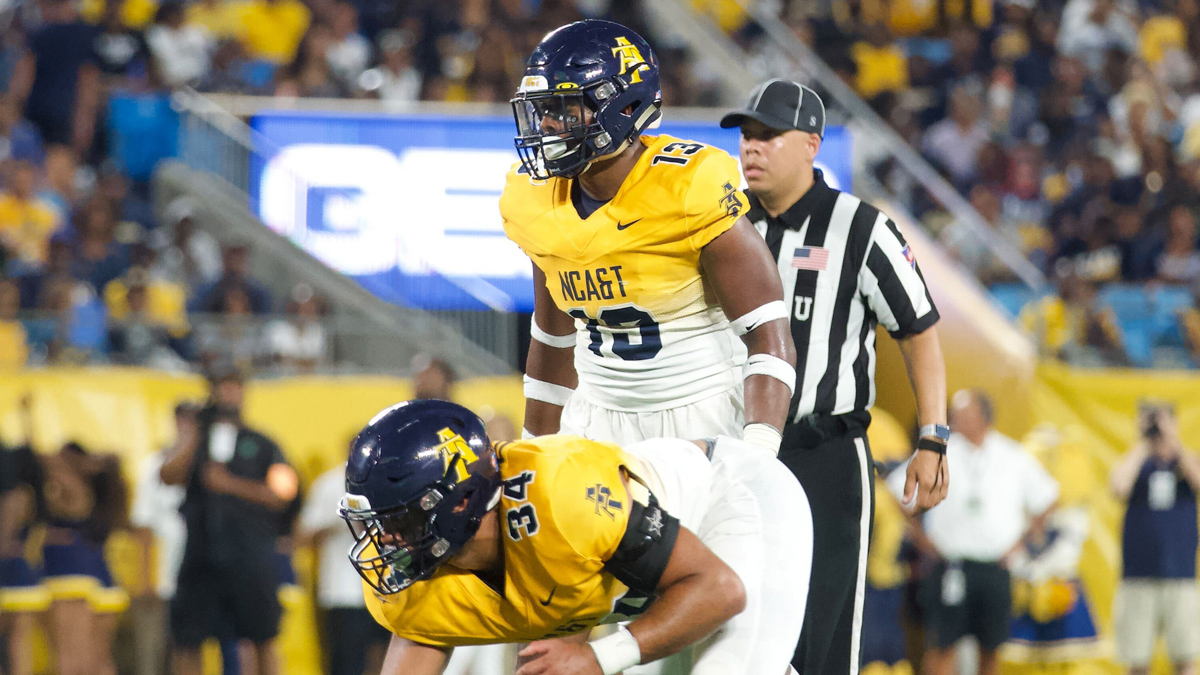 For the second time in a matter of weeks, a former NC A&T star is headed to an ACC program.

Another former NC A&T star is headed to the ACC.

Former A&T linebacker Jacob Roberts announced that he has committed to Wake Forest on Thursday.

Roberts’ commitment comes on the heels of NC A&T running back Bhayshul Tuten committing to Boston College of the ACC. Both players went into the transfer portal the week Sam Washington was let go as A&T head coach.

The Charlotte native just finished up his junior season with NC A&T with 74 tackles, 5.5 for loss — and two interceptions as A&T went 7-4 in its final season in the Big South.

Jacob Roberts was an immediate impact player after arriving from Mallard Creek High school. He appeared in 10 games with three starts for the Aggies as a freshman in 2019,  making 62 tackles (38 unassisted), 12 tackles for loss, 4.5 sacks, two interceptions, one pass breakup and three pass defended. Roberts the season tied for the team lead in tackles for loss and was third on the team in tackles as A&T won the Celebration Bowl. Roberts was named the game’s defensive MVP.

After NC A&T sat out the 2020 season, Roberts came back even better in 2021. He had a team-leading 84 tackles (38 unassisted), 12 tackles for loss and five sacks. He blocked four kicks — leading the nation in that category — along with an interception and a pass breakup.

Now Roberts will head to Winston-Salem to join the Triad’s ACC program.