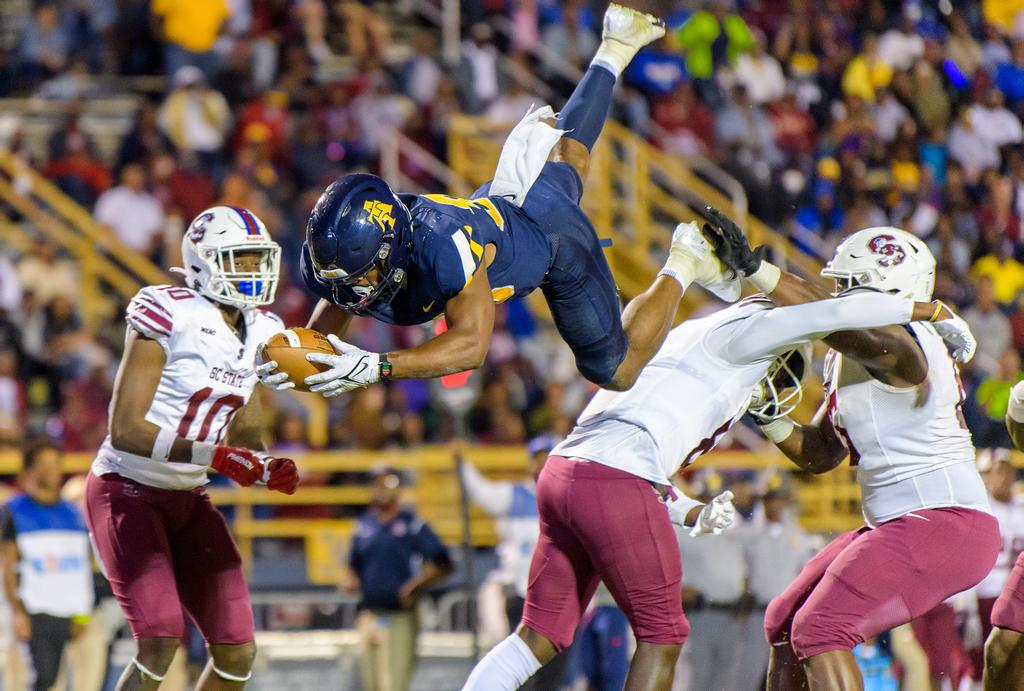 North Carolina A&T running back Bhayshul Tuten was one of the best ball carriers in FCS football in 2022. He’ll likely be toting the ball elsewhere in 2023 as he announced he’s hitting the transfer portal.

Tuten made his announcement on Wednesday via social media.

“After a record-breaking 2022 season I would like to thank Coach Washington and the entire A&T staff for the amazing opportunity to play at NC A&T,” Tuten wrote. “After a long conversation with my family I would like to announce that I will be entering the transfer portal with two years of eligibility remaining. The best is yet to come.”

Indeed, Bhayshul Tuten had a year to remember in 2022, as he is a finalist for the Walter Payton Award.

He compiled 1,705 all-purpose yards and 17 touchdowns on 239 touches as a sophomore, helping A&T to the brink of a Big South Championship.

Tuten rushed for 1,363 yards and 13 touchdowns on 208 carries as a runner — the fifth-best single-season rushing performance in school history. Tuten broke the school and conference records for consecutive 100-yard games in a season. In addition, he tied the conference record for consecutive 100-yard games regardless of the season and broke the school record for 100-yard games in a season. Tuten caught 31 passes for 572 yards and four touchdowns as a receiver.

The sophomore season built on the promise of his freshman season of 2021. The Paulsboro, NJ native rushed for 215 yards and three touchdowns on 37 carries to average 5.8 yards per carry.

North Carolina A&T has a history of producing top-notch running backs, including former Chicago Bear Tarik Cohen. It will be interesting to see who carries the load next for the Aggies, who will join the Colonial Athletic Association next fall. One thing for sure is that Tuten will be hard to replace.

143
The Latest in HBCU Sports and Culture