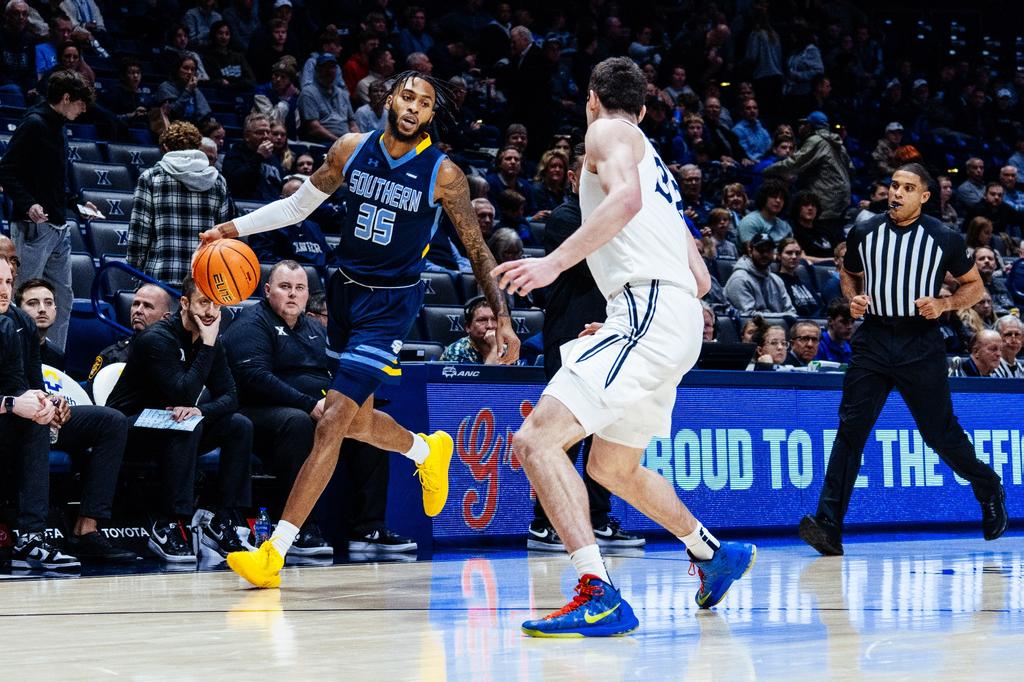 Southern and Texas Southern went to overtime before Tyrone Lyons hit the buzzer-beater.

Southern broke its streak of four consecutive losses, defeating Texas Southern by a score of 77-76 in overtime on Monday night at Health & Physical Education Arena in Houston. Southern went into halftime with a 38-27 lead, but Texas Southern wouldn’t go down without a fight, tying things up at the end of regulation. The Tigers couldn’t finish the job though, getting outscored 14-13 in overtime.

Southern forward Tyrone Lyons hit the game-winning 3-pointer from the top of the arc to ice the game.

Bryson Etienne led the way for SU, putting up 18 points. As a team, the Jags shot 38% from the field, 37% from behind the arc, and 71% from the free throw line. The advanced stats told a similar story, as the team put up 0.97 points per possession on 49% true shooting.

TXSO was led by Zytarious Mortle, who recorded 34 points and eight boards. The Tigers went 28-of-58 from the field in this one, including 3-of-18 from the three-point line. That netted out to an average of 0.93 points per possession, which wasn’t enough to win.

Both teams face their next test on Jan. 5. Southern takes on Prairie View A&M in a conference clash, while Texas Southern faces Grambling State at home. The Jags will look to continue their road success. On the other side, the Tigers will try to turn their home stand around.