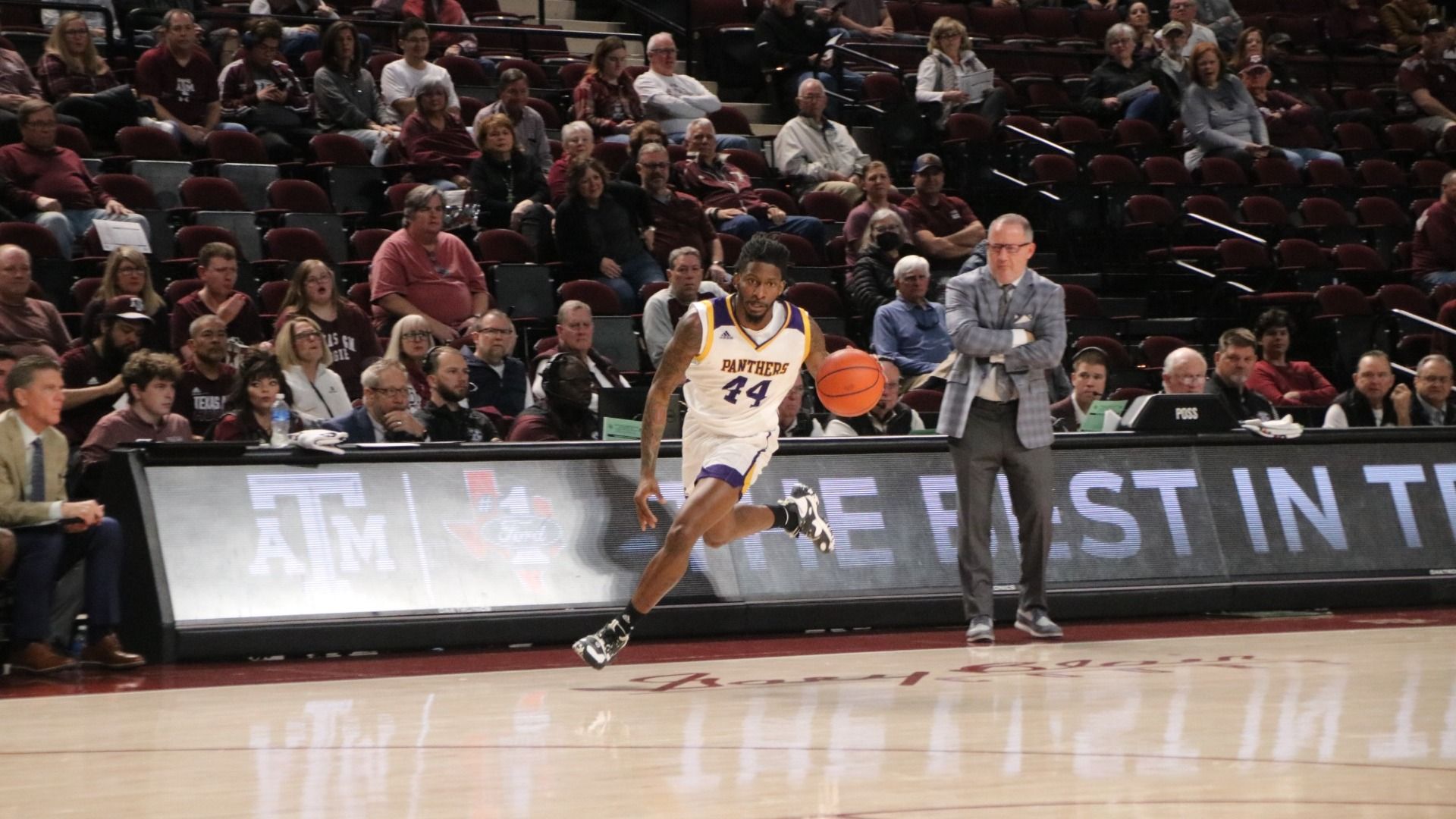 The Prairie View A&M offense came out of the break with energy, shooting 43% from the field in the second half.

Prairie View A&M broke their streak of seven consecutive losses, defeating Grambling State in a hard-fought 61-60 contest on Monday night at William J. Nicks Building. It was a tie game after the first 20 minutes, but the Panthers outscored the Tigers 35-34 in the second half to come away with the win.

Jeremiah Gambrell scored 15 points to lead the way for Prairie View A&M. Will Douglas was pivotal as well, shooting 3-of-9 in the second half for 10 points to power the Panthers forward after the break. The Prairie View A&M offense as a whole came out of the break with new energy. The team shot 43% from the field in the second half, scoring 0.97 points per possession. This was a big improvement from the team’s 38% shooting and 0.78 points per possession in the first half.

GSU was led by Cameron Christon, who recorded 21 points and five boards. The Tigers shot 20-of-46 from the field and 5-of-16 from behind the arc. That contributed to their average of 0.85 points per possession and 53% true shooting, which wasn’t enough to secure the win.

These teams will have little time to prep for their next test, as each plays next on Jan. 5. Prairie View A&M takes on Southern, while Grambling State hits the road to meet Texas Southern. The Panthers will look to keep their momentum rolling and earn another win. On the other side, the Tigers will hit the road once again.