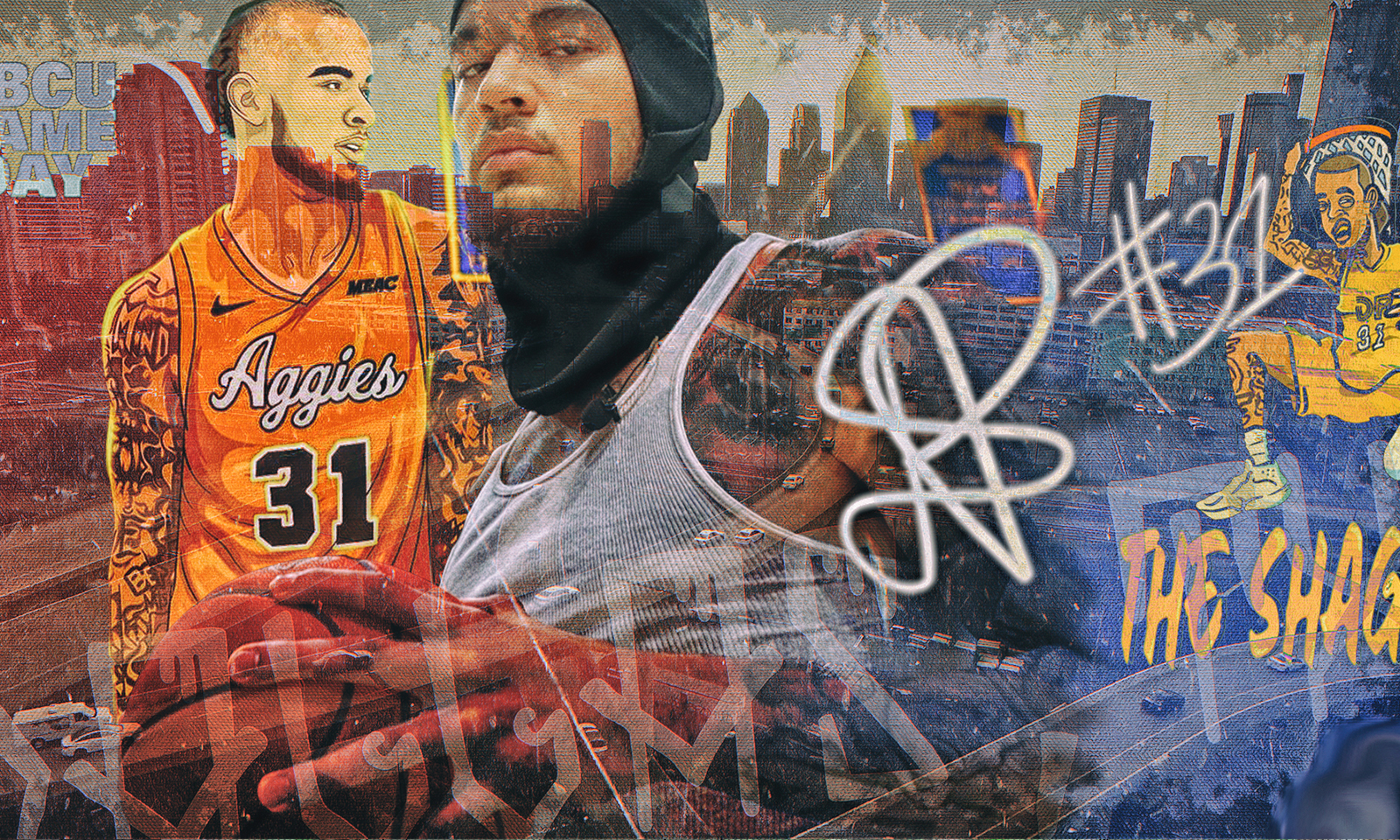 The ESPN top 100 recruit is ready to put on for HBCU hoops.

I already know what you’re thinking… The headline seems like a bold statement, right? Just hear me out.

As the 2021-2022 HBCU hoops season ends with the inaugural HBCU All-Star game taking place during Final Four weekend in New Orleans. The legacy of basketball at historically black colleges and universities are sitting tepidly on the precipice of greatness, hoping to leap from footnote to frontrunner in the caste system of college basketball.

Ranked No. 84 in the class of 2021 in the ESPN top 100 rankings. Duncan Powell is exactly the type of recruit that can take an HBCU basketball team from an automatic first-round NCAA tournament exit to an “I picked them in MY bracket” mid-major hoops squad known for knocking off top seeds in March.

And with North Carolina A&T’s conference carousel coming to a halt in the Colonial Athletic Association (CAA), Powell and the Aggies are in a unique position to become the first HBCU in recent history to solidify themselves as a legit mid-major power.

I interviewed Duncan on the floor of the Corbett Center in late January before what was supposed to be his first game the next night against Campbell University.

“You can just come to the gym, that’s where I’ll be” Duncan told me on the phone as I pulled into Greensboro on a cold, snowy Wednesday night.

Duncan and I spent about an hour talking and shooting b-roll for what was going to be a segment about him playing in his first game.

We talked about high school hoops in Dallas, the recruiting process, his NIL deals and signing with TLS Sports. We even took a trip down memory lane as he talked fondly about watching his cousin, Adrian Powell, play for North Carolina A&T in its last NCAA tournament appearance in 2013.

“He was one of my only real positive black role models,” Duncan said of his cousin, “He had a big impact on my life without even knowing it.”

Duncan opened up about the mental health issues that can come with being a high profile athlete dealing with a major injury and he didn’t shy away from joking about how his first official stat as an Aggie, will forever be an ejection for coming off the bench during a skirmish against Hampton.

And while circumstances outside of his control kept him off the court against Campbell and eventually redshirting for the season. My night in an empty Club Corbett with the de facto leader of the HBCU hoops renaissance gave me insight into not just Duncan Powell the person and player, but what the “Duncan Powell’s” of the world can bring to HBCU basketball.

For Duncan, his decision to play at North Carolina A&T wasn’t rooted in any trend, attempt to “change the culture” or to make any statement on social justice.

He just went to the school that felt like home and could give him the opportunity to make a name for himself on the basketball court. And that simple combination; in my opinion, is what gets HBCUs back to their pre integration era dominance on the court.

HBCUs and their athletic programs must exist in a space where they both feel like home and provide an athletic experience that can rival the PWI’s up the road.

The addition of high-level recruits like Duncan Powell to HBCU rosters could be the most immediate game-changer in regards to “leveling the field of play” competitively for HBCUs.

Division I HBCU basketball rosters are usually comprised of an eclectic mix of “chip on the shoulder” transfers, overlooked high school sleepers, and guys who were deemed an inch too short or a step too slow for the big stage.

Adding a Duncan Powell type of player to any top-tier DI HBCU basketball team has the potential to add a historically black college or university to the list of mid-major schools that turn themselves into a household name with a deep NCAA tournament run.

As for Duncan Powell himself directly being the future of HBCU basketball… Only time will tell, but I wouldn’t bet against him.

What I do know, is that as we close the 2021-2022 chapter of HBCU hoops and look forward to next season. All eyes should be on the Aggies, their new conference, and the four-star redshirt freshman from Dallas, Texas.