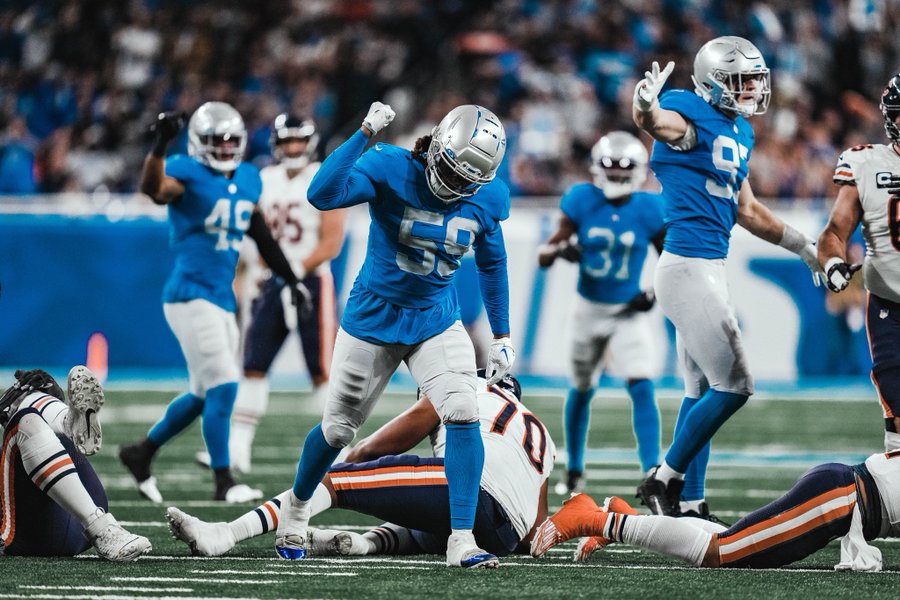 James Houston IV made a career-high three sacks and set an NFL record in the process in the Detroit Lions’ win on Sunday.

DETROIT – Former Jackson State football standout James Houston IV made a career-high three sacks and set an NFL record in the process in the Detroit Lions’ win on Sunday.

Houston IV’s dominant performance gives him seven sacks on the season, setting an NFL record for the most sacks in the first six games of a player’s career in league history.

James Houston recorded a pair of sacks in the second quarter, including a forced fumble that led to a Lions’ field goal. His third sack came in the third quarter to set the NFL mark as the Lions won 41-10 to remain in the playoff hunt.

It is the second multi-sack game of the season for Houston, who began his career with 2.0 sacks and a fumble recovery in his NFL debut on Thanksgiving Day against the Buffalo Bills.

Houston recorded one sack each in games against Jacksonville, Minnesota, and the New York Jets. Houston’s five sacks in his first four games tied for the fourth-most sacks by any NFL rookie through four career games and set a Lions’ team record for sacks through the first four games of a player’s career. It also is the most sacks by a player to start their career since 2000.

Houston made one tackle in last week’s game at Carolina.

This past April, Houston was the 217th pick in the draft and became the 100th NFL draft pick in Jackson State history.

Detroit will play at Green Bay next week.