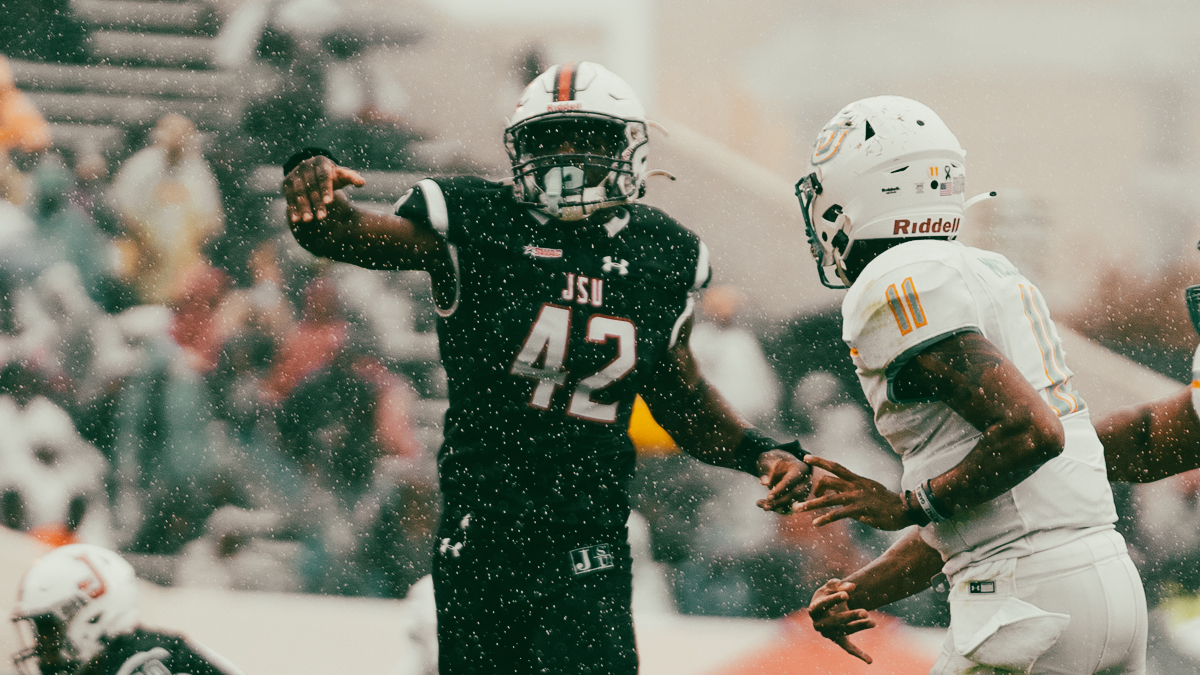 Deion Sanders is bringing several former Jackson State players along with him to Colorado.

Deion Sanders and Colorado have added several new transfers from his most recent Jackson State team.

Kicker Alejandro Mata and defensive end Jeremiah Brown became the fifth and sixth players from Jackson State to commit to play for Colorado since Deion Sanders was hired on Dec. 4, 2022.

Brown made his announcement via social on Thursday. The Tallahassee, FL native was a three-star prospect from the 2021 class that committed to JSU in Dec. 2021. He had offers from Florida Atlantic, Troy, Toledo and Marshall as well as nearby Florida A&M.

“For me, it’s because of course coach Prime and then my whole coaching staff really went over there,” Brown told BuffZone. “I’m going where the coaching staff already knows me, knows what I can bring to the table. If I go anywhere else or stay, I would have to prove myself again to a new coaching staff. The coaches know what I’m about.”

As a freshman in 2021 he played in seven games, and recorded six tackles (four solo) with one sack, one tackle for loss, and one quarterback hurry. His playing time and impact increased in 2022 as he finished with 46 tackles, 10 for loss — including six sacks — and forced two fumbles.

Mata played just one season at JSU, but he was very impressive. He connected on 12 of 13 field goal attempts with a long of 38 yards, and connected on 50 of 51 extra point attemtps. He announced his entry into the transfer portal last week and committed to Colorado this week.

Matta and Brown will join former Jackson State players Shedeur Sanders, Travis Hunter, Cam’Ron Silmon, and Tyler Brown in Boulder next season with Coach Prime. Sanders has said that his son, Shilo, will join him as well but the former South Carolina defensive back is finishing up his degree at Jackson State which would make him eligible for an immediate transfer next fall.