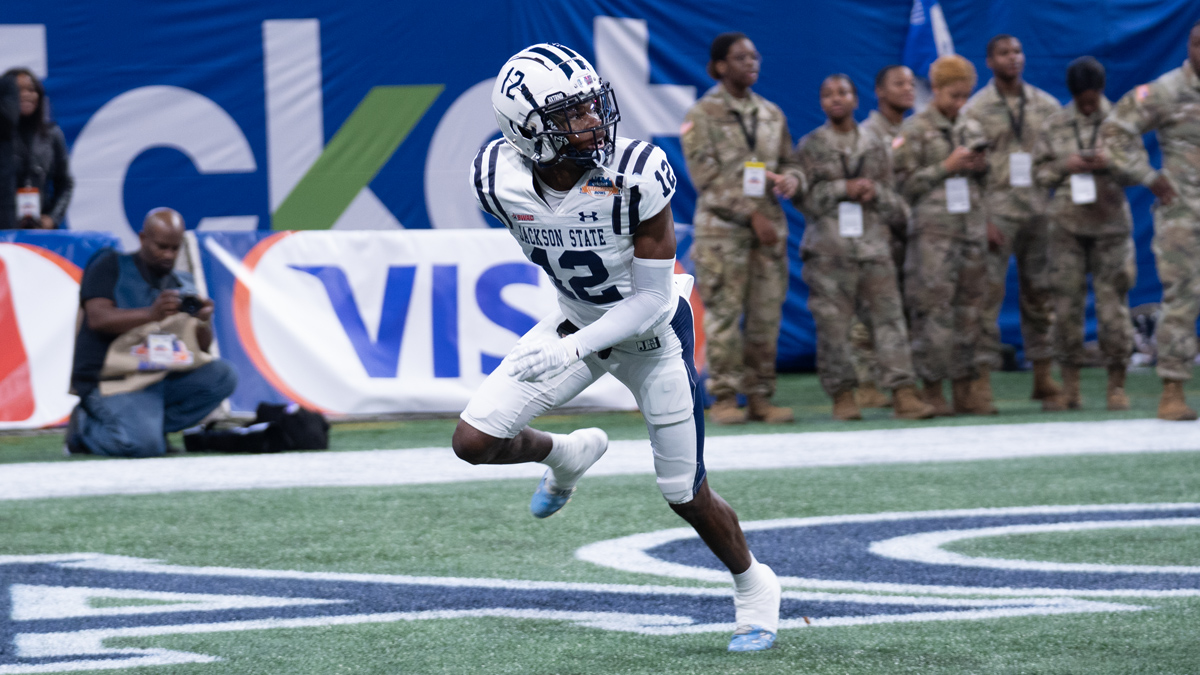 Travis Hunter in the transfer portal, thanks Jackson

Travis Hunter is hitting the transfer portal, bringing his historic time at Jackson State to an end.

One year after shocking the greater college football world and injecting unprecedented interest in an HBCU football signing, Jackson State athlete Travis Hunter is on his way out.

Hunter has entered the transfer portal. He posted a video on Youtube announcing his decision — and making it clear that he wasn’t sure where he would land.

“I don’t know what I’m gonna do next. But I just know that I’m going to try to look for a new home,” Hunter said. “And I’m going to take my time out in this decision and just weigh my options out.”

His entry into the portal is a part of a mass exodus from JSU following the departure of Deion Sanders, who coached his last game at the school on Saturday in the Celebration Bowl. His sons, Shedeur Sanders and Shilo Sanders, jumped into the portal overnight and less than 24 hours later, so is their five-star teammate. Both Sanders sons are headed to Colorado.

“Coach Prime (Deion Sanders) changed my mind,” Hunter told 60 Minutes in an October interview. “He let me know how big of an impact I can have on the people, and that is one of the things I wanted — to shine the light on our people ( African Americans) and shine the light on HBCUs.”

After a stellar spring game, Hunter underwent foot surgery and spent much of the summer in a boot. He played during Jackson State’s season opener against Florida A&M before sitting out the first half the season. He made his return in the Campbell game and quickly made an impact playing on both sides of the ball. Defensively he picked off two passes — including a Pick-Six — and broke up 10 others. He caught 18 passes, with four of them going for scores.

Hunter’s versatility was on full display his final game in a Jackson State uniform. He played the entire game on defense and most of the snaps on offense, catching four passes for 47 yards and two touchdowns. The last touchdown was a Shedeur Sanders pass he grabbed out of the air in the corner of the end zone to help send the game in overtime.

Unfortunately for fans of HBCU football, that memorable grab was the last play he made in a Jackson State uniform. We all knew that on Saturday morning as we watched him warm up with his headphones on and run through the tunnel. The young man has decided to move in another direction, which is his right as a modern athlete in the college football world. In this new world of NIL and transfer portal hopping, Travis Hunter is simply exercising his right to make what he feels is the best decision for himself and his family.

Still, it is rather sobering to think that a year ago, Deion Sanders signing Travis Hunter had many people wondering if we were on the brink of something new. Well, not really new, but in a new way. There was a glimmer of hope that Hunter spurning Florida State for Jackson State was the proverbial opening of the floodgates to a renaissance of top talent returning to our campuses to elevate the profile of the football programs that we hold so dear. One that, by his own consciousness and recognizance, could compel other five-star talents to come to an HBCU and help it turn into a true destination that would have the powers that be trembling.

But, perhaps that was a bit presumptuous of us.

At the ripe old age of 17, Hunter was looked at as a sort of HBCU football messiah. Or at least John the Baptist. Someone to prepare the way for others.

But Travis Hunter is simply a supremely talented and charismatic young man who has been wrestling with an important decision after the man that convinced him to leave behind his dream school decided to move on.

“I’ve been thinking about this hard,” Hunter said. “Some days I couldn’t go to sleep. Some days it was hard on my mind — I just ain’t know what to do.”

While his premature departure from JSU stings more than a little bit, Hunter definitely left his mark on HBCU football during his time in Jackson.

Travis Hunter in the transfer portal, thanks Jackson