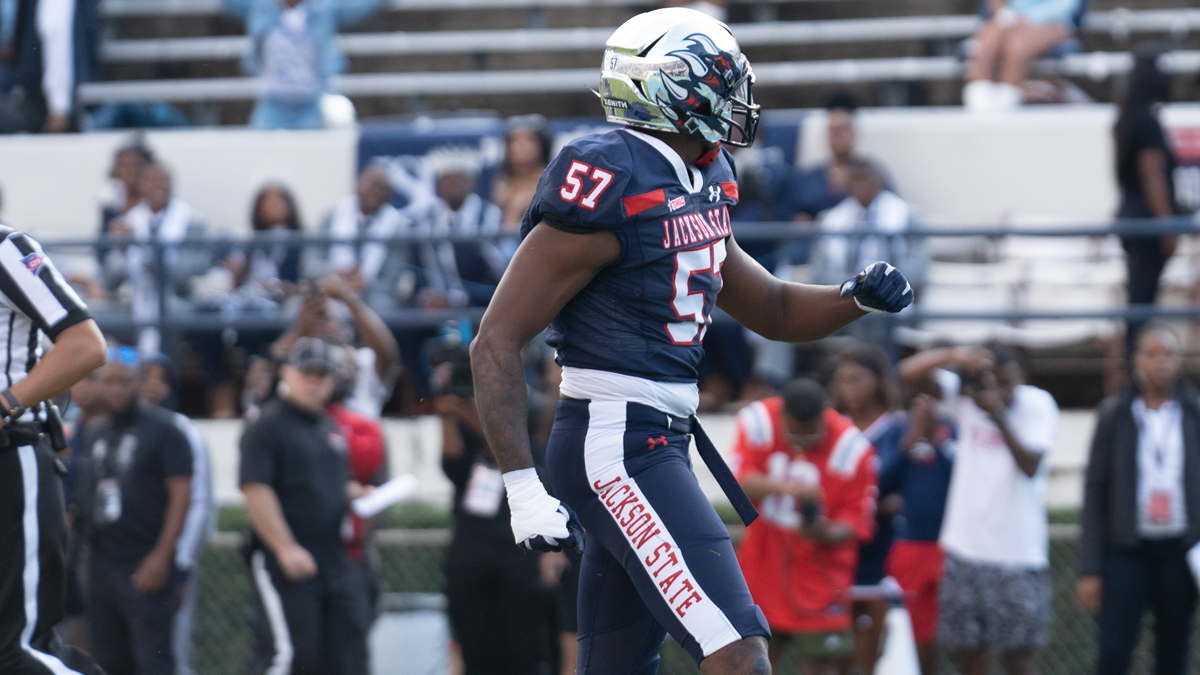 Jackson State LB Nyles Gaddy gets out of portal, returns to SWAC champs

Jackson State linebacker Nyles Gaddy is out of the transfer portal and headed back to JSU.

Jackson State football has been hit with massive deflections since the Celebration Bowl, but the holidays brought two big gifts back for the SWAC champions.

All-SWAC linebacker Nyles Gaddy has decided to remove his name from the transfer portal and return for a third season at JSU. He made the announcement via social media on Tuesday.

Gaddy was one of the first FBS transfers to come to Jackson State when Deion Sanders took over in the fall of 2020. The 6’4, 240 pound Nashville, TN native started his career as a walk-on at Tennessee but was one of the building blocks under the Sanders’ regime. Gaddy played in all 12 games during the fall of 2021, recording 34 tackles with four sacks and one interception as JSU won the SWAC title.

Gaddy took on a bigger role during the 2022 season, recording 40 tackles overall and 11 tackles for loss — including seven sacks — and forcing a pair of fumbles. He had a sack in the SWAC Championship Game against Southern but did not suit up for JSU in the Celebration Bowl for reportedly violating team rules. He watched on the sideline as JSU fell 41-34 to finish the season 12-1.

Like many of his teammates, Nyles Gaddy hit the transfer portal following the season’s end, but he has decided to come back to JSU. He will be joined back at JSU by Sy’Veon Wilkerson, the team’s leading rusher. He announced over the weekend that he will not be hitting the transfer portal and will return for his second season after rushing for nearly 1,100 yards in 2022.

Both of these returnees, along with a solid recruiting class in the early signing day, have many people feeling more confident about the direction of JSU moving forward.

Jackson State LB Nyles Gaddy gets out of portal, returns to SWAC champs