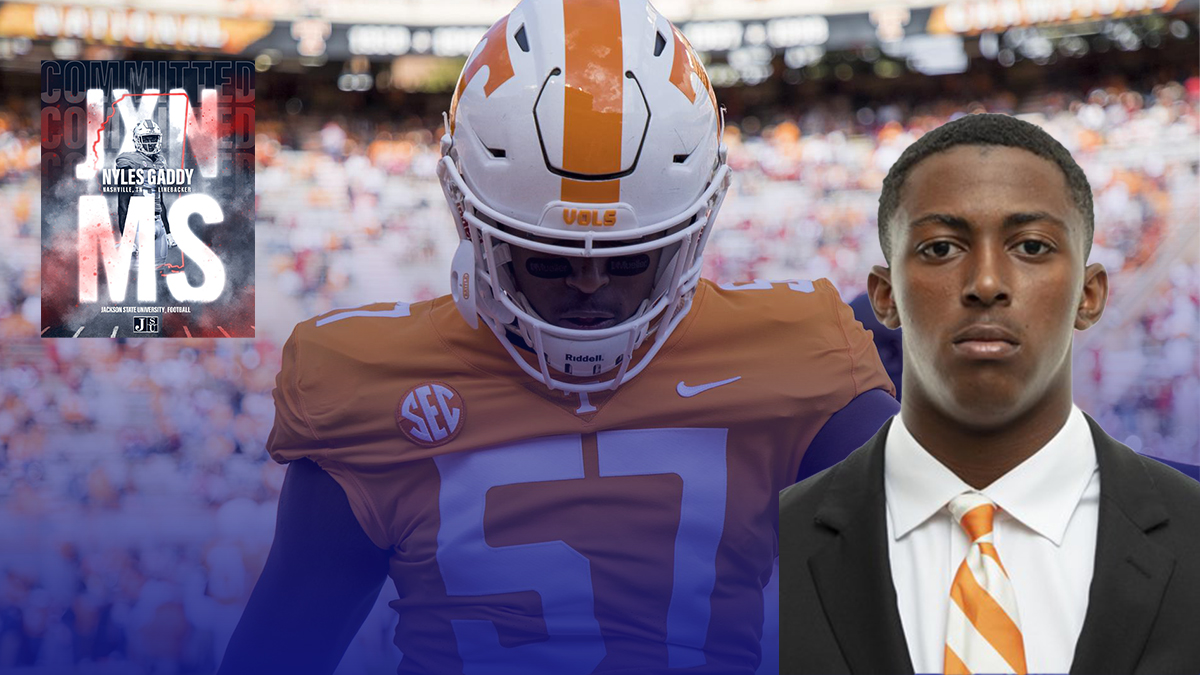 Tennessee LB to transfer to play for Deion Sanders

Deion Sanders and Jackson State just landed their second SEC transfer in just over two months. Its comes on the heels of two big commits.

Nyles Gaddy is the latest SEC player to transfer to play for Deion Sanders.

The former University of Tennessee linebacker announced on Saturday that he’s leaving UT and transferring to Jackson State.

“After 2+ plus years it hurts me to announce I’ll be transferring from the University of Tennessee,” Gaddy tweeted on Saturday afternoon.

He thanked his coaches for recruiting him and getting him into the school, as well as his teammates he will be leaving behind.

“I got nothing but love for my teammates, still, always (a)n(d) forever. I’ll be accepting my offer and committing to The Jackson State University.”

Deion Sanders, JSU getting a leader

The Nashville native is a redshirt sophomore. He walked on in 2018, taking a redshirt season. He appeared in one game in 2019. The finance major starred in the classroom, earning All-SEC academic honors.

Gaddy’s tenure at TU will mostly be remembered, not for a tackle or a touchdown, but for a tweet. After a loss to Vanderbilt in 2018, he tweeted advocated for a change in culture.

“Greatness comes with time,” he tweeted. “When we root out the cancers on the team everything is going to come together. Starting today I make a promise to myself and to Vol Nation that what happen today will never happen again. Not just the lost but quitting. Never again‼️”

The first Deion Sanders first recruit was an SEC transfer as well. Javarrious Selmon decided to leave Missississippi State to play for Jackson State days after Sanders was hired.

Tennessee LB to transfer to play for Deion Sanders