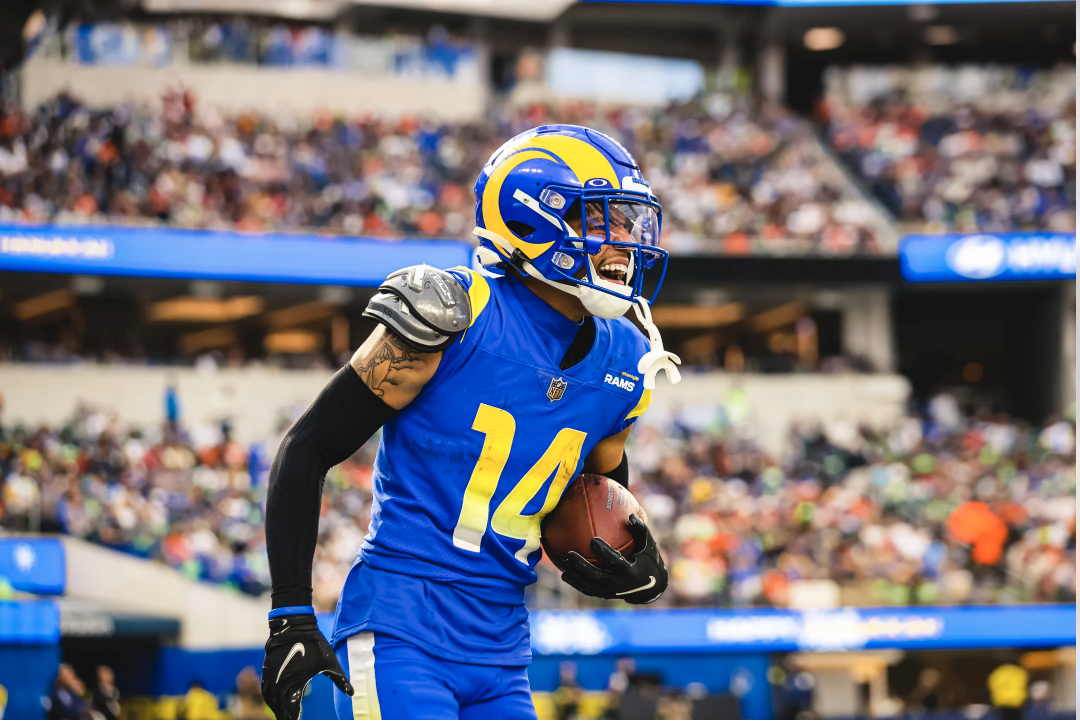 HBCU NFL rookies have done plenty to shine this season.

Former South Carolina State and current NFL rookie defensive back Decobie Durant is the latest. He did it this week on Christmas Day.

HBCU NFL Report: One for the Money

The 5-11, 180-pound corner for the Los Angeles Rams picked off two passes from Denver quarterbacks Sunday. He pilfiered a pass from starting quarterback Russell Wilson in the first quarter of the Rams’ 51-14 takedown of the Broncos.

He returned the second interception 85 yards to paydirt. The fourth quarter pick wrapped up the Rams’ dominating win over the Broncos. It was the first pick six of the 24-year old’s young career. It came at the expense of Denver back-up QB Brett Rypien.

With Sunday’s performance, Durant now has three interceptions on the season, most on the team. He also has five pass breakups, one sack, one forced fumble, one fumble recovery and 11 total tackles. He has played in 12 games.

Houston, picked by the Lions in the sixth round of this year’s draft, posted five sacks in his first four games on the field. This week’s game vs. Carolina was his first sack-less game.

Fayetteville State product Joshua Williams has been the most active of the rookies. He was the first HBCU player taken in this year’s draft, taken by Kansas City in the fourth round. He has played in 11 games and has 27 tackles and one interception.

– #14 DECOBIE DURANT, DB, LA Rams (1st season, SOUTH CAROLINA STATE) – In 51-14 win over Denver, Durant had two interceptions, one he returned 85 yards for his first pick six, and the other he returned 15 yards. He also had one solo tackle while playing 51 (76%) of the defensive snaps and nine (35%) of the special teams snaps. Durant now has a team-best three interceptions in this his rookie season.

– #60 NICK LEVERETT, OL, Tampa Bay (2nd season, NORTH CAROLINA CENTRAL) – Started at left guard in Bucs 19-16 win over Arzona as the Bucs’ rushed for 115 yards and passed for 281 yards and one TD while giving up no sacks. Leverett also had one miscellaneous tackle. He was in on all 81 offensive plays (100%) and five (15%) plays on special teams.

– #71 TYTUS HOWARD, OG, Houston (4th season, ALABAMA STATE) – Started at left guard in 19-14 win over Tennessee as Texans rushed for 70 yards and passed for 218 yards and one TD. Houston gave up just one sack for -3 yards. Howard was in only seven (10%) of the offensive plays before being injured.

– #97 JAVON HARGRAVE, DT, Philadelphia (7th season, SOUTH CAROLINA STATE) – Starting at defensive tackle in 40-34 loss to Dallas, Hargrave finished with one solo tackle. Hargrave was in on 55 (75%) of the defensive snaps and six (19%) of the snaps on special teams.

– #33 ANTONIO HAMILTON, DB, Arizona (7th season, SOUTH CAROLINA STATE) – Started at cornerback in 19-16 loss to Tampa Bay. He finished with four solo tackles and was in on all 81 defensive snaps and one snap (3%) on special teams.

– #45 JOE THOMAS, LB, Chicago (5th season, SOUTH CAROLINA STATE) – Thomas started at linebacker in the Bears’ 35-13 loss to Buffalo. Thomas was second on the team with seven total tackles, six solos. He was in on 64 (100%) of the defensive snaps and five (20%) of the snaps on special teams.