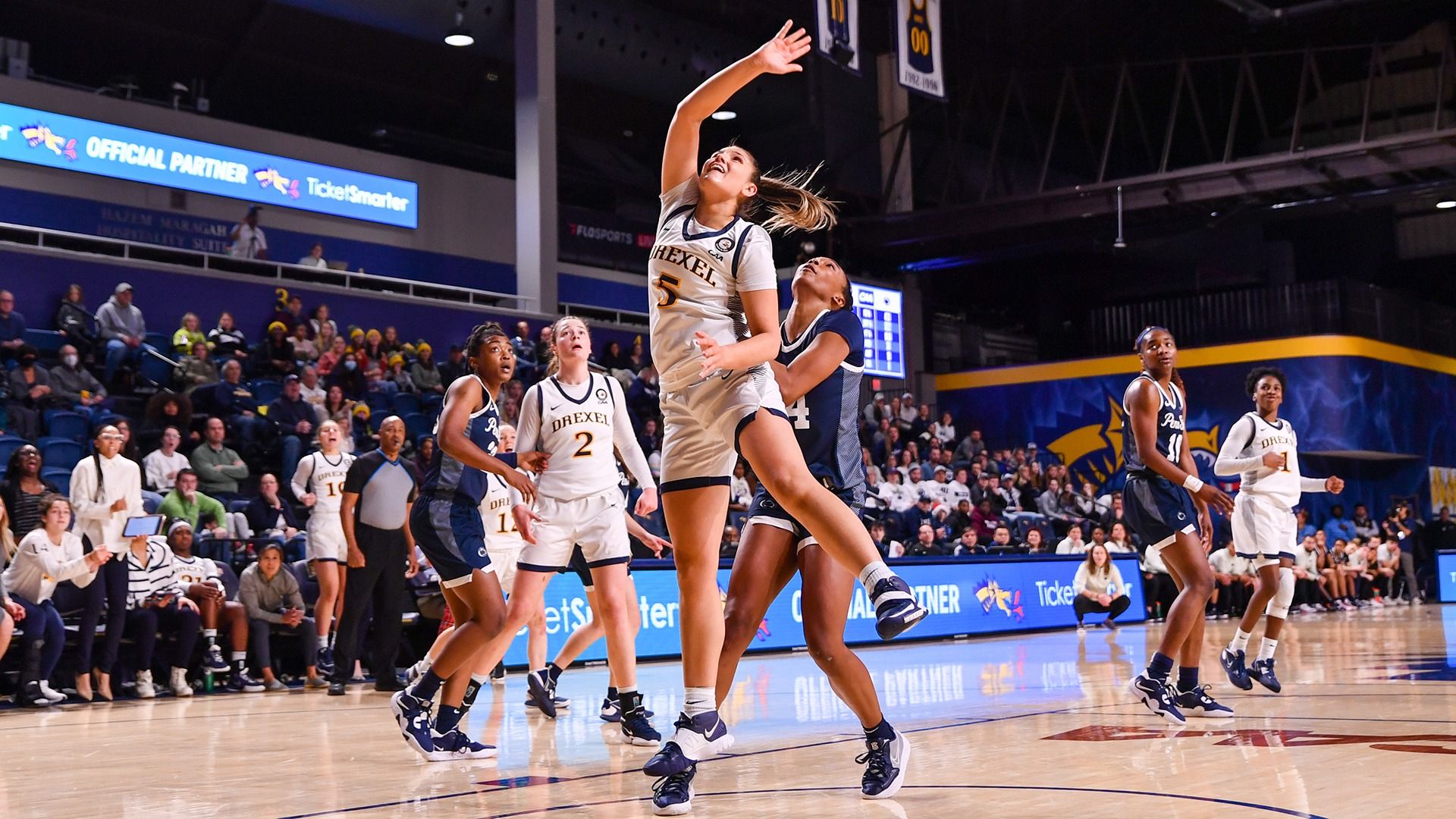 Drexel recorded its third straight win in dominating fashion, handing Delaware State a 62-44 loss at John A. Daskalakis Athletic Center on Wednesday afternoon. The Lady Dragons had the upper hand in this one, leading by as much as 24 points.

Keishana Washington led the way for Drexel, putting up 21 points. As a whole, the Lady Dragons were impressive on the offensive side of the ball, racking up 1.09 points per possession on 48% shooting from the field. That offensive output included 7-of-22 shooting from beyond the arc and 5-of-6 shooting on free throws.

Tyshonne Tollie scored 12 points while Savannah Brooks added another 12 to lead the way for Delaware State. As a team, the Lady Hornets struggled to get things going offensively, scoring just 0.75 points per possession on 31% shooting from the field. It was a tough day from three-point range. The team’s shooters combined to go just 1-of-10 from deep.

Both sides have some time off before facing their next opponents, which won’t be until December 30. Drexel takes on North Carolina Wilmington in a conference clash, while Delaware State faces Fairleigh Dickinson at home. The Dragons will look to keep their momentum rolling and earn another win. On the other side, the Hornets will be thankful to return home.