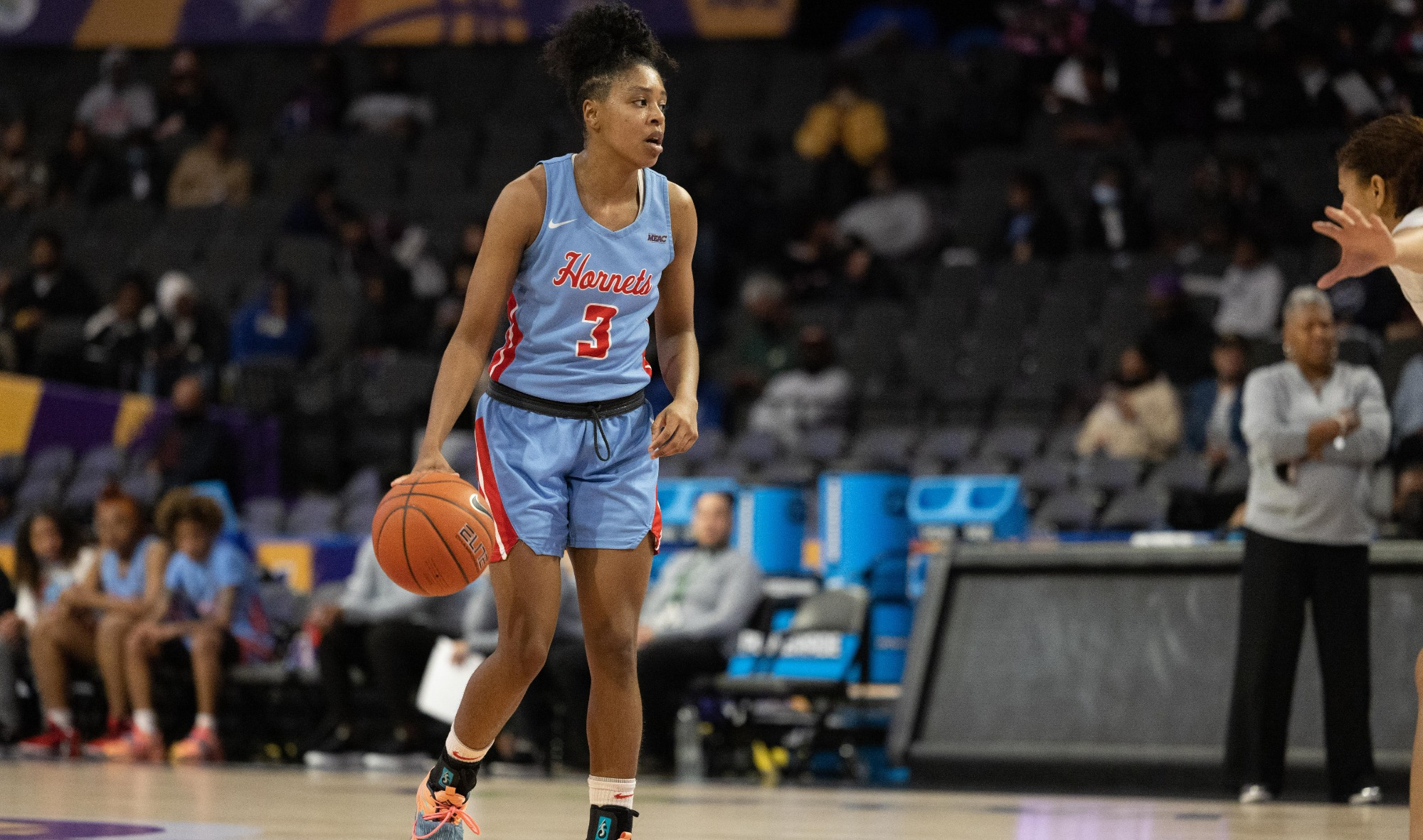 Delaware State makes easy work of a Division III squad as it continues tuning up prior to MEAC play.

Delaware State cruised to an 88-48 victory over New Jersey City on Monday evening. The Hornets had the upper hand in this one, going into half with a 13-point lead and outscoring the Division III program 47-20 in the final 20 minutes.

Alexis Moragne scored 16 points to lead the way for Del State. It wasn’t just Moragne though, the Hornets’ offense was humming on all cylinders, pouring in 1.13 points per possession on 46% shooting from the field. That offensive output included 8-of-19 shooting from beyond the arc and 14-of-18 shooting on free throws.

Damaris Rodriguez scored 21 points while Laney Fox added another 17 to lead the way for New Jersey City. As a team, the Gothic Knights struggled to get things going offensively, scoring just 0.62 points per possession on 33 percent shooting from the field. It was a tough day from three-point range. The team’s shooters combined to go just 3-of-16 from deep.

Today’s win was the latest for Del State, who took down Wilmington (DE) in its last game. Its next action is on Nov. 26. The team will take on a Loyola Maryland team who is coming off a loss in its last game. On the other side, this evening’s result was a letdown for New Jersey City. The team was hoping to rebound from its last loss against Monmouth. A conference clash with Montclair St. on Nov. 22 is the Gothic Knights’ next action.