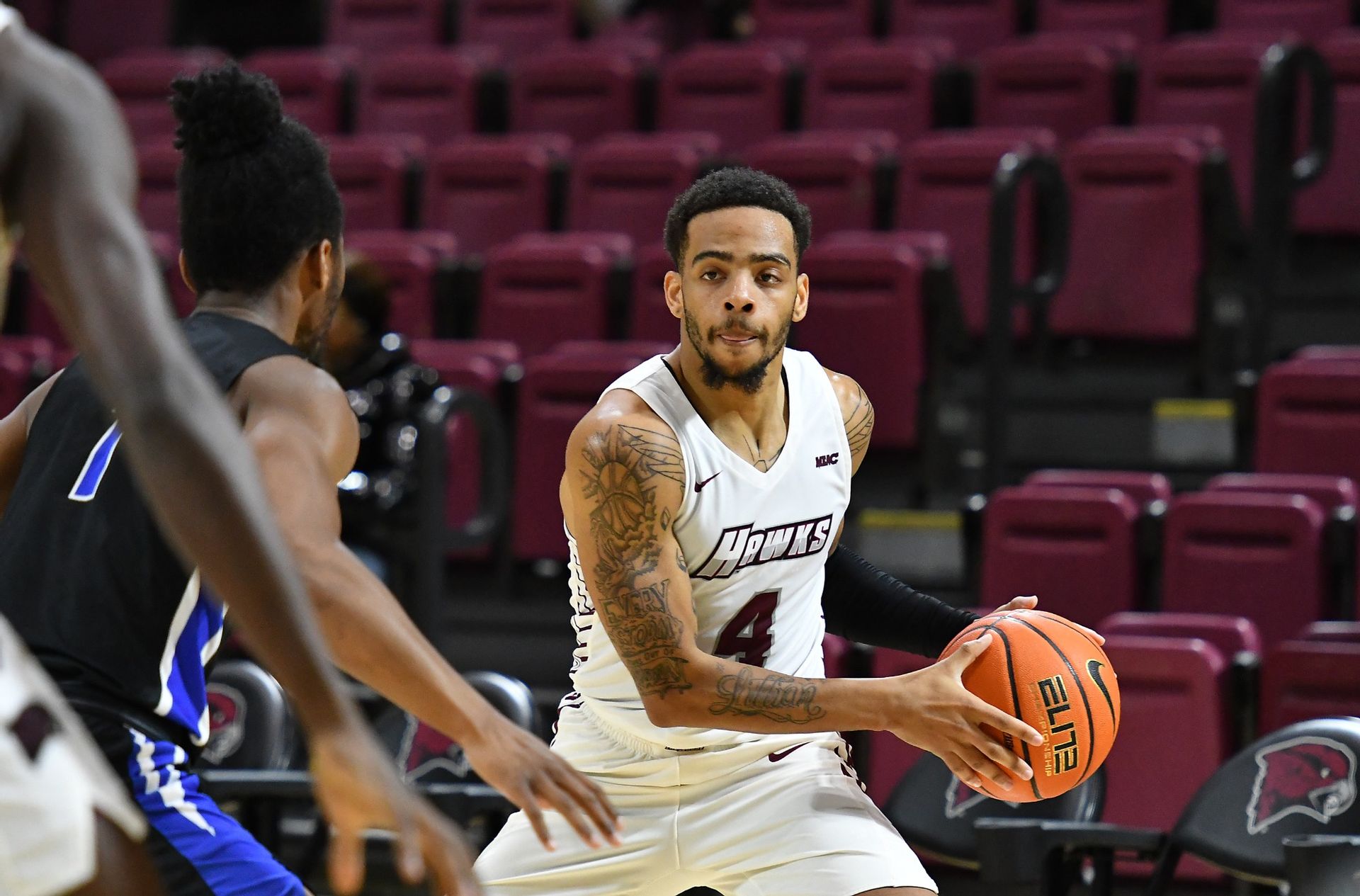 Maryland Eastern Shore handed Temple a loss in Philadelphia on Tuesday afternoon using hot shooting to take care of it.

UMES found themselves trailing 16-7 with 14:10 on the first half clock. What followed was a 26-9 Hawk run spanning nearly seven minutes of clock to give the good guys a 33-25 advantage with just under eight minutes left in the first.

Temple narrowed the gap and took the lead going into the intermission, 45-43, but the Hawks took the punch and swung back with a 24-13 stretch to open the second half. Over that run, UMES sunk nine of their 13 shots from the floor (69.2 percent) and made four threes.

The Owls rallied to make a game of it late, but had to resort to the foul game. The Hawks logged a pair of successful trips to the stripe to secure the win.

“We are extremely pleased with this incredible team win,” head coach Jason Crafton said. “That’s a really good Temple team that beat Villanova this year. So many guys contributed, it was a 1WAY effort to make this happen.”

The Hawks played their best three-point shooting game of the season, knocking down nearly 46 percent (11 of 24) of their shots from beyond the arc. UMES also set a new season-high for assists, logging 20 in the game.

The Hawks outrebounded Temple 40-29 on the evening, their third 40+ rebound game of the year. They also topped 10 steals for the seventh time this season, nabbing 10 Owl passes.

“To outrebound a team of their size by 11, that speaks to how scrappy we played defensively,” Crafton said.

Da‘Shawn Phillip scored a career-high 18 points, leading all scorers in the win and shooting 7-of-10 from the field. Nathaniel Pollard Jr. tallied his second double-double in as many games, posting 14 points and 10 boards while tying his career-mark in assists (five).

“I was especially proud of Nate Pollard,” Crafton said. “He really made strides tonight with his decision-making and entire play.”

Tuka Nugent showed out off the bench, scoring 13 points with two threes and bringing in four rebounds in 16 minutes on the floor. Jojo Anderson did the very same, tying his career-high with six dimes in 14 minutes (the most in a single game for any Hawk this season).

Ahamadou Fofana did a little bit of everything for UMES tonight, scoring 8 points while collecting four steals, three rebounds and a pair of assists. Kohen Thompson logged a trio of assists, tying his career-best in a single game.

“That’s likely the biggest win in school history and our guys earned it on both ends of the floor,” Crafton said.

The Hawks will take the victory into Winter Break before returning to face Columbia University on the road on December 28. Tip for the contest is slated for 7 p.m.