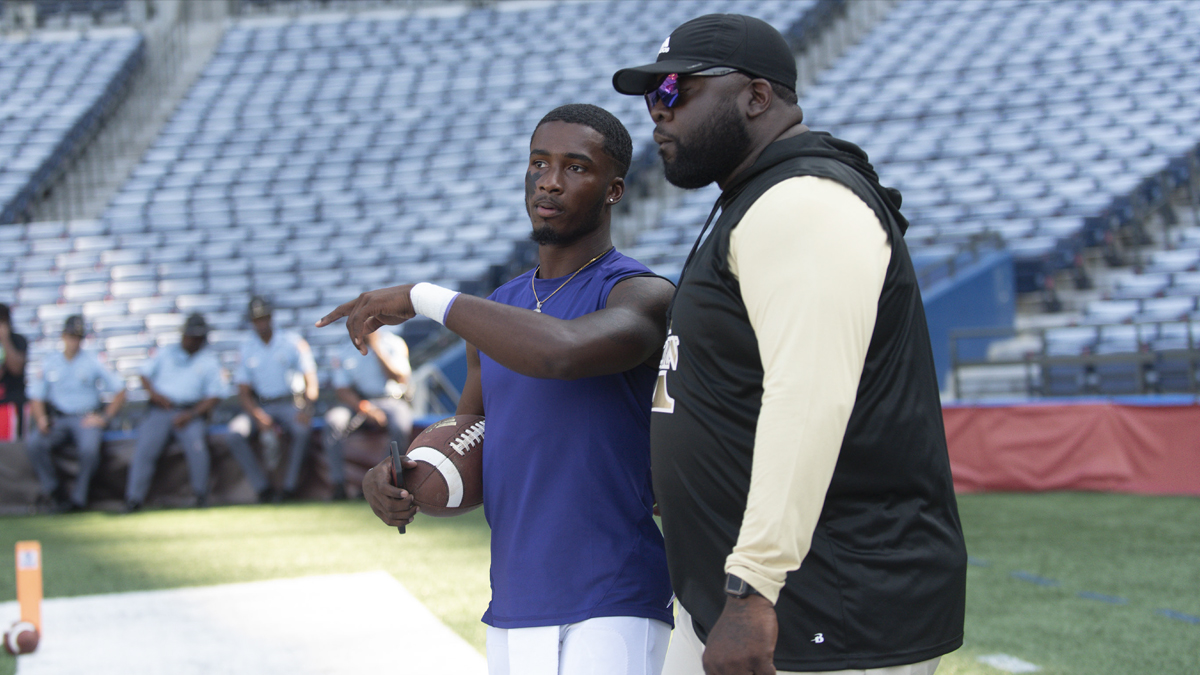 Albany State University announces that Quinn Gray, Sr. has been named the 14th head football coach for the Golden Rams.

“Albany State University is excited to welcome Coach Quinn Gray to the Golden Rams family. His experience in coaching and as a National Football League player and student-athlete has provided Coach Gray with the experience and passion to lead the Golden Rams Football team. As a previous admission, academic, and compliance liaison, he is also committed to academic excellence and student success. It’s important that our athletes feel comfortable following a leader that will help them build character and perseverance on and off the field of competition. Coach Gray will ensure that tradition continues. We are looking forward to another winning season under his direction,” said ASU President Marion Ross Fedrick.

Quinn Gray currently serves as the senior offensive analyst at the University of Memphis.  Prior to his tenure at Memphis, Gray served as the quarterback’s coach at Alcorn State University from 2020-2022.  He also served as the associate head coach, offensive coordinator, and quarterbacks coach at Florida A&M University (FAMU) from 2011-2014 and spent three seasons as head coach at Lincoln High School in Florida, producing nine Florida Athletic Coaches Association (FACA) All-District Players, including the 2019 Tallahassee Quarterback Club Offensive Player of the Year, Special Teams Player of the Year, and Academic Player of the Year.

Gray had a distinguished career as a professional football player.  He played six seasons as a quarterback in the National Football League for the Jacksonville Jaguars and Kansas City Chiefs and also played for the New York Sentinels in the United Football League.  In addition, Gray played for the Frankfurt Galaxy, whom he led to the 2003 World Bowl Championship in the NFL Europe League.

Gray is a native of Fort Lauderdale, Florida, and holds a Bachelor of Science degree in Health and Physical Education (’06) from FAMU. He is married to Shemeka Gray, and they have six children, Quine, Destiny, David, Quinn Jr., Ashton, and Londyn.

“ASU is a great place to be both academically and athletically.  It’s an honor to lead the football program and move the needle.  Coach Gabe did a great job here, and I look forward to taking the tradition here and continuing to move it forward,” said Gray.

Due to the holidays and Coach Gray’s responsibilities in the SERVPRO First Responder Bowl with Memphis Football, an on-campus press conference will be announced in early January.

“I would like to personally thank the advisory group for their involvement throughout the search process,” added Duckworth.  The search for the head football coach advisory group included the following individuals: