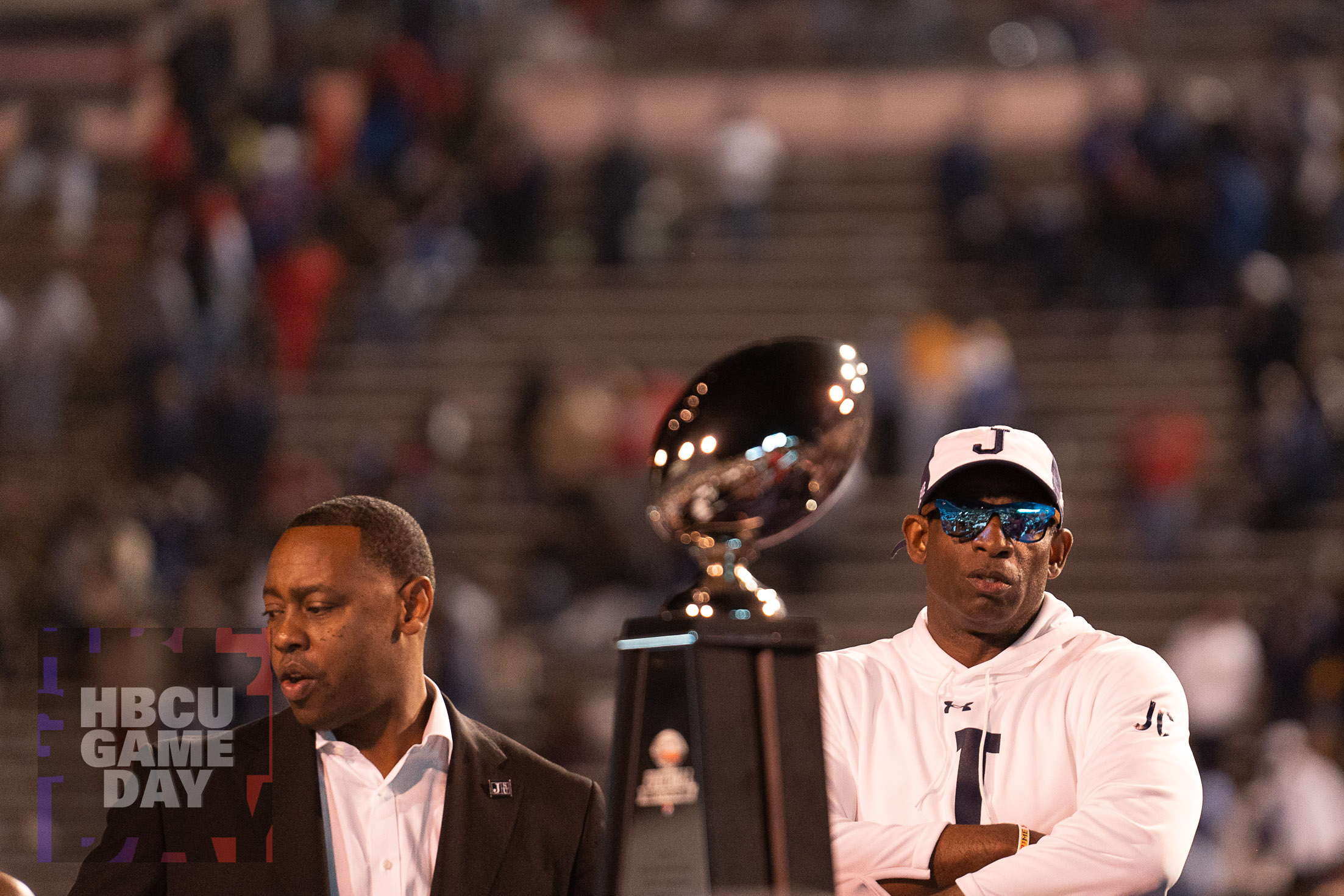 Deion Sanders talked to Shannon Sharpe about the backlash he received, and a conversation with Ashley Robinson.

Deion Sanders and Shannon Sharpe are both men who have plenty to say, and many ears that want to listen.

The two Pro Football Hall of Famers got together for a chat on the Colorado campus days after Sanders’ time at Jackson State came to an end. They chatted about several things on the Club Shay Shay platform, including the negative reaction by some to Sanders departing from Jackson State.

“They only see what you didn’t do and they didn’t give you credit for what you did do,” Sharpe told Sanders about how he felt about the criticism.

Sanders said most of what he observed was frustration.

Deion Sanders went on to say that Jackson State Director of Athletics asked Sanders to give him at least two years when he hired him in the fall of 2020.

“My AD, Ashley Robinson, when I took the job, he told me ‘I want you to do something for me,” Sanders recalled. “I said, what’s that? He said, at least give me two years. I said you got it.”

Sanders’ four-year contract started in December 2020 and he left in December 2022. He coached two full football seasons, going 27-6 during his time there, including the abbreviated spring 2021 season.

“I understand because its love. You fell in love, and I fell in love too. And I felt like we did more than we were expected to do,” Sanders said. “We just did it so expeditiously that it overwhelmed you. And you thought it was easy. Because what would normally take someone several years — we did it in two-and-a-half. That’s what was staggering.”