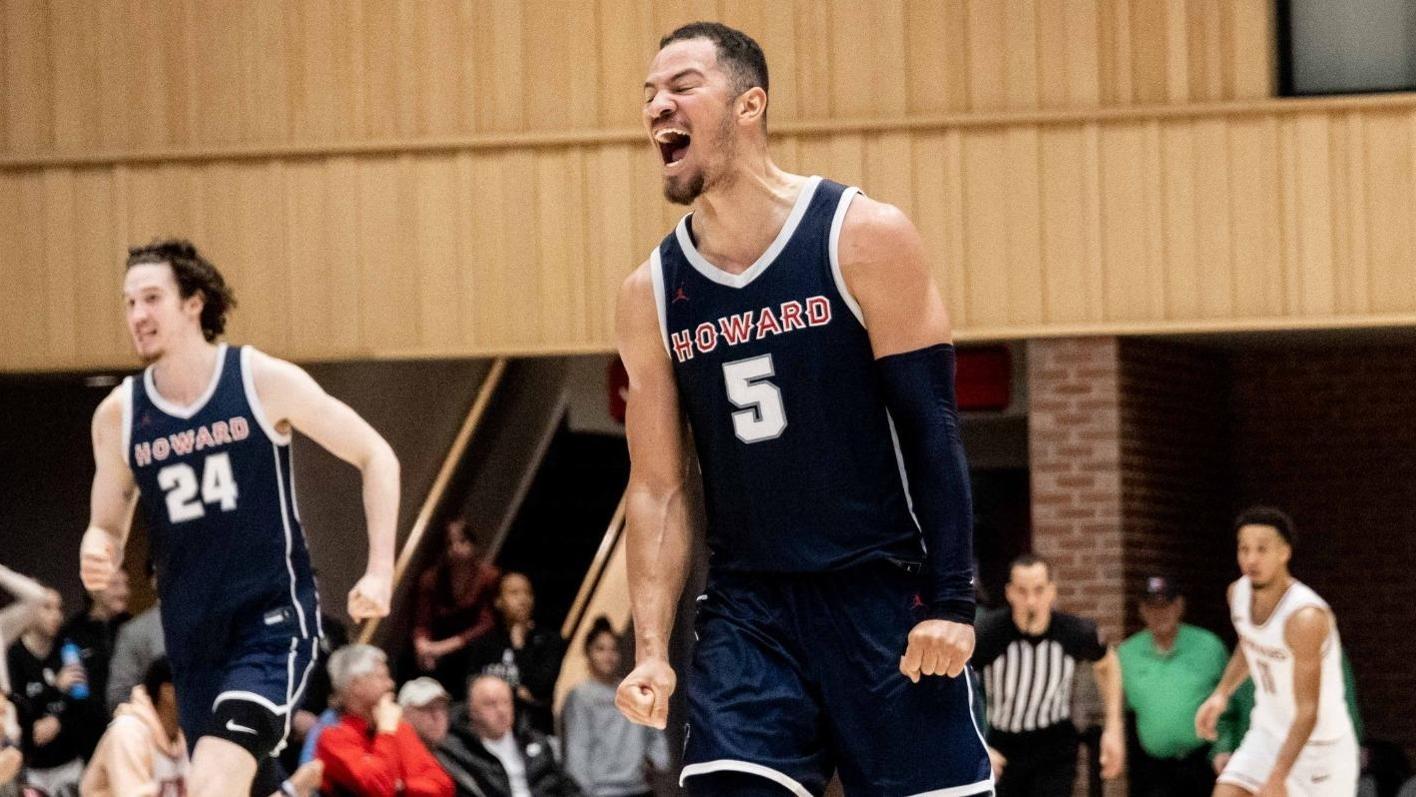 Howard basketball knocks off Harvard for first time ever

Howard basketball got the better of Harvard for the first time ever on Sunday afternoon.

CAMBRIDGE, Mass. (December 18, 2022) – Howard University men’s basketball freshman Shy Odom made his home debut a memorable one, scoring a career-high 18 points to lead HU to a 66-54 win over Harvard at the Laviete Pavilion before 1,473. It marked the first time that the Bison (6-8) have defeated the Crimson in seven games.

Odom, a 6-6 forward from nearby Chestnut Hills, Mass., got Howard going, tallying 15 points in the first 20 minutes that resulted in 30-30 tie at intermission. For the game, the talented freshman, who is coming on strong of late, connected on 8-of-12 from the floor while adding two steals on defense.

From there, the tone was set as the Bison parlayed some outstanding defense, along with the timely scoring of graduate guard Jelani Williams (Washington, D.C./13 points and seven rebounds), junior forward Jordan Wood (San Antonio/13 points and seven rebounds), sophomore guard Elijah Hawkins (Washington/nine points, seven rebounds and five assists) and solid rebounding from Steve Settle, III(Glenarden, Md.) opened a 53-44 lead at the 7:19 mark. Although Harvard (7-4) cut the deficit to three twice, each time the Bison would get baskets from Wood, Williams and later Hawkins.

Defensively, Howard held the Crimson to 3-of-26, including 0-of-11 in the second half, from beyond the arc. Settle, who came in the game as the team-leading scorer, finished with only five points, but his rebounding on the defensive glass was vital as he led all players with 10.

SERIES: The win snaps a winless streak against Harvard, which now leads the series, 6-1.

NEXT UP: Howard men’s basketball returns home for a matchup against Mount St. Mary’s Wednesday (Dec. 21) at 2 p.m. in The Burr. The game will be broadcast on http://www.hbcugo.com.

Howard basketball knocks off Harvard for first time ever