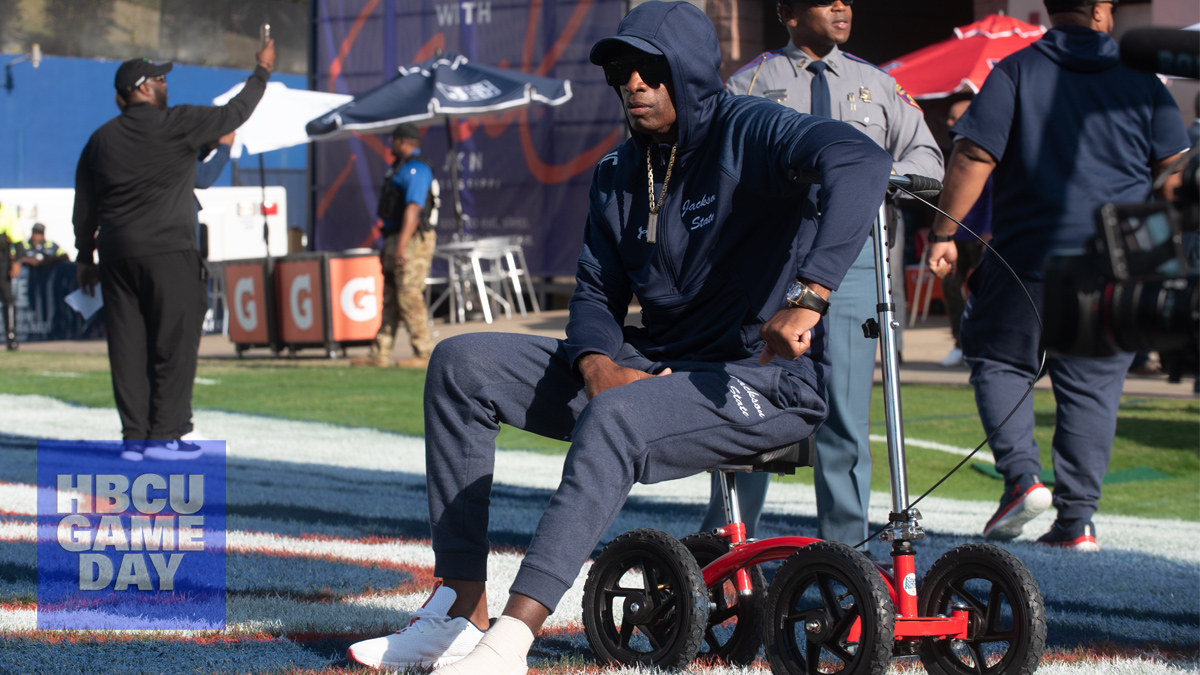 Deion Sanders says he really didn’t flip Travis Hunter as much as he showed him what JSU has to offer. And that scared a lot of folks.

No sooner than Hunter tossed the Florida State hat to the side and picked up a Jackson State cap did reports of a multi-million deal, engineered by Barstool Sports, begin to circulate. Sanders refuted those claims on Keyshawn, Jay and Max on Thursday morning.

“That’s the biggest lie I’ve ever heard. You know what that means — that means we kicked your butt. We took what was ours, and now you got to make up an excuse why.”

Sanders’ base salary is $400k dollars per year.

“I wouldn’t pay my son a million and a half — how am I going to coach a guy that’s making more than me?” Sanders said with a hearty laugh.

Sanders told the show that he didn’t flip Hunter — Jackson State just showed him what it had to offer and he apparently liked what he saw.

“I’m not going to say that we flipped him. He just wanted to do what he did … he came to our homecoming game. That’s the last place you want a recruit to go to if you don’t want to lose him.”

While Sanders was in a deservedly joyous mood after flipping Travis Hunter, the move appeared to shake up the powers that be.

Not long after Hunter made his announcement, Chip LaMarca, a state senator from Florida, introduced an NIL bill making it easier to facilitate NIL deals for their athletes.

“I didn’t even realize it was national signing day,” LaMarca told SI in an interview on Wednesday night. “I saw the FSU stuff and thought, ‘Well this isn’t an FSU bill,’ but this is interesting!”

However, Lamarca — admittedly a Florida State fan — backhandedly suggested that some type of compensation was the only reason Hunter would make that choice.

“What’s ironic, I’m both a Florida State and a Deion fan,” LaMarca said. “What is the reason to go from a program that was in the top-5 for 12 years straight with three national titles to a small HBCU in Mississippi?

“I’m assuming there is something in the works,” he said. “There had to be some reason, or maybe he’s just a highly sought-after recruit and Deion is good at his job.”

NIL gives student-athletes to make choices that will benefit them financially. That was always a given. But what Hunter’s choice has shown that many people clearly don’t understand is that freedom also gives flexibility for them to make choices that speak to them individually and culturally. That’s what Hunter has done by buying what Deion Sanders is selling. And chances are — now that Travis Hunter has done it — there are more to come.