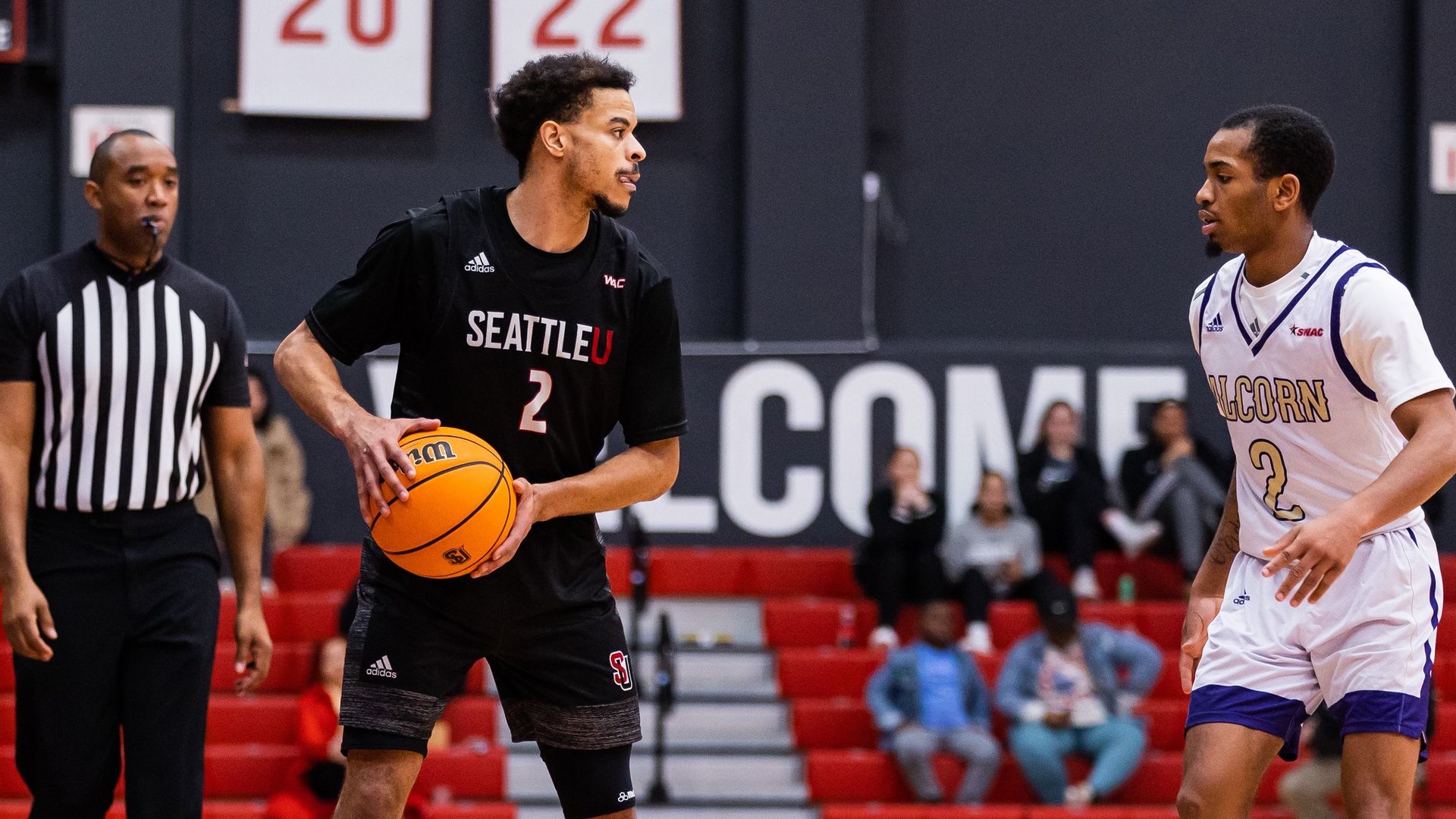 Seattle U gave Alcorn State their fifth consecutive loss in a 72-58 contest at Redhawk Center on Sunday afternoon. The Braves went into halftime with a 31-29 lead, but were unable to hang on, as the Redhawks outscored them by 16 points in the final 20 minutes.

Cameron Tyson led the way for Seattle U, putting up 13 points to go along with eight boards. It wasn’t just Tyson though, the Redhawks’ offense was humming on all cylinders, pouring in 1.07 points per possession on 45% shooting from the field. They clearly placed an emphasis on putting up deep shots, knocking down 13-of-32 three-point attempts.

Photo Courtesy of Seattle U Athletics

Jeremiah Kendall recorded 19 points and 12 rebounds, and Dontrell McQuarter added another 10 points to lead Alcorn. As a team, the Braves struggled to get things going offensively, scoring just 0.84 points per possession on 35% shooting from the field. It was a tough day from three-point range. The team’s shooters combined to go just 1-of-16 from deep.

Seattle U rebounded nicely from its last game, a loss against Oregon State. Next the team will face Utah State, who is coming off a win of its own, on December 22. On the other side, Alcorn fell to 3-7 with the loss. Its next chance at a win is on December 21 against Dayton.