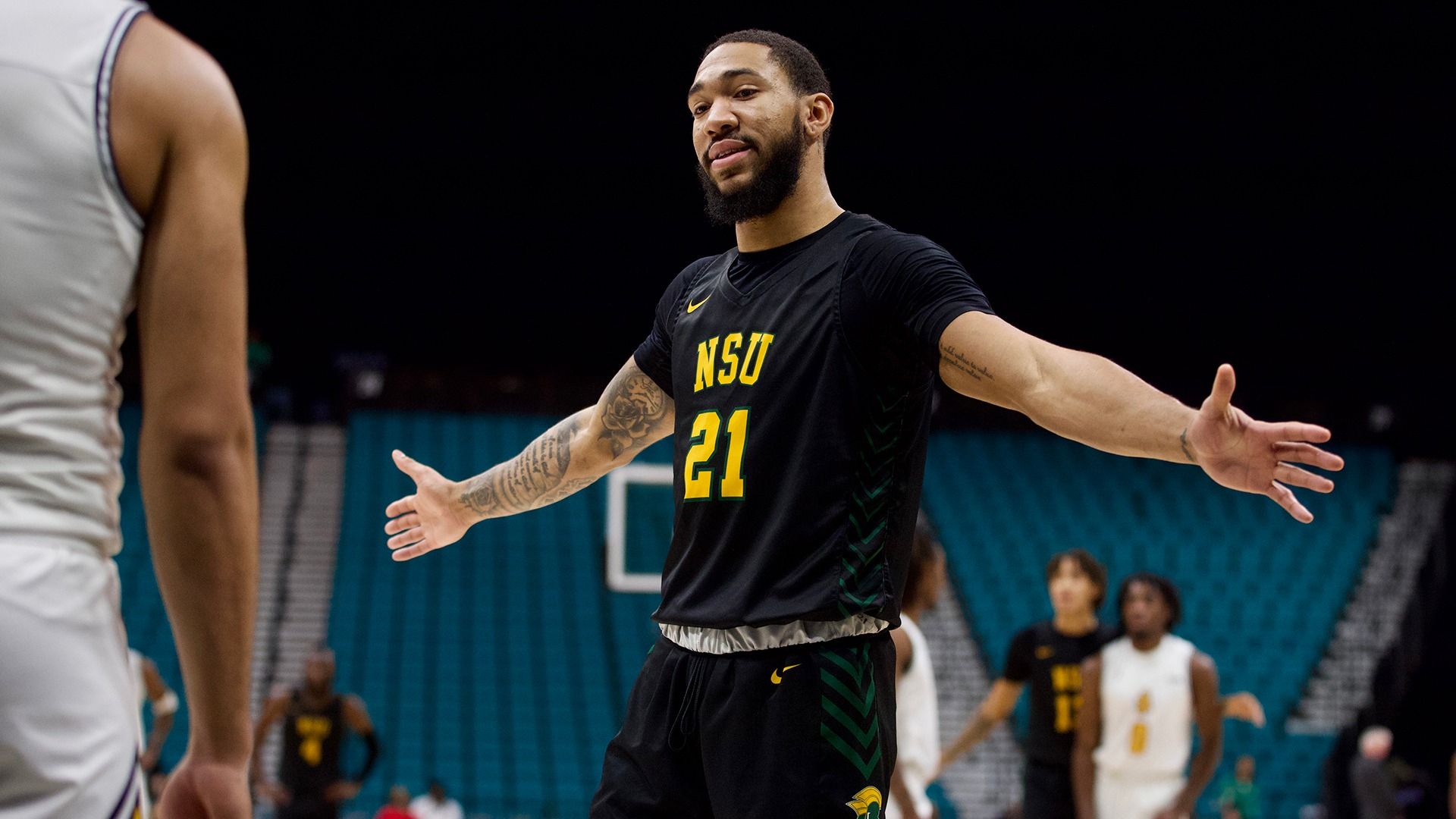 Norfolk State got all it could handle from North Carolin A&T, but it managed to take care of business in the Chris Paul HBCU Challenge.

Dana Tate Jr. propelled the Spartans to their third straight victory, hitting six 3-pointers en route to a career-best 24 points. NSU finished the event 2-0 for the weekend, and also secured a 4-0 record against CAA opponents during non-conference play with wins over A&T, Hampton, William & Mary, and Monmouth this season.

Kris Bankston dominated both ends of the floor as well for the Spartans. He finished with 16 points and eight rebounds while shooting 7-of-8 from the field, knocking down a pair of go-ahead free throws in the final minute. The standout performance earned him All-Tournament honors.

North Carolina A&T started the game hot, jumping out to an early 10-2 lead. Back-to-back buckets from Joe Bryant Jr. helped the Spartans claw their way back, with Tate’s first deep shot of the day pushing NSU ahead by two.

Nyzaiah Chambers made a contested layup in the paint to give NSU a seven-point lead late in the first half, which would tighten to six by the break. Back-to-back scores from Tate and a Terrance Jones 3-pointer got the Spartans rolling in the second half.

Jones played a career-high 33 minutes with point guard Christian Ings out on Friday, and he enjoyed a career night. The sophomore scored seven points and dished out two assists, while stepping up defensively on and off the ball, recording a career-high eight rebounds.

Another combination of Tate and Jones jumpers pushed NSU ahead by nine, before Tate knocked down his final 3-pointer of the night with just over six minutes on the clock.

The Spartans took an eight-point lead into an N.C. A&T timeout in the closing minutes, but the Aggies came out of the break firing, hitting an immediate 3-pointer and knocking down another after an NSU turnover.

N.C. A&T evened the game at 66 with a fastbreak layup and forced a miss on the other end, but Bankston drew a foul while husting for the offensive rebound. The 6-9 forward showed his clutch gene by sinking both free throws, and the Spartans got the defensive stop they needed out of the ensuing timeout.

Bryant hit a pair of freebies after securing the rebound, extinguishing any chance of a last-second comeback. The Spartans shot 12-of-13 from the free throw line as a team, their best mark of the season (92.3 percent).

While the Chris Paul HBCU Challenge is over, Norfolk State isn’t quite finished with its time in the Silver State. The Spartans head to Reno for a Wednesday night matchup against the Nevada Wolf Pack, a 5 p.m. ET tip.