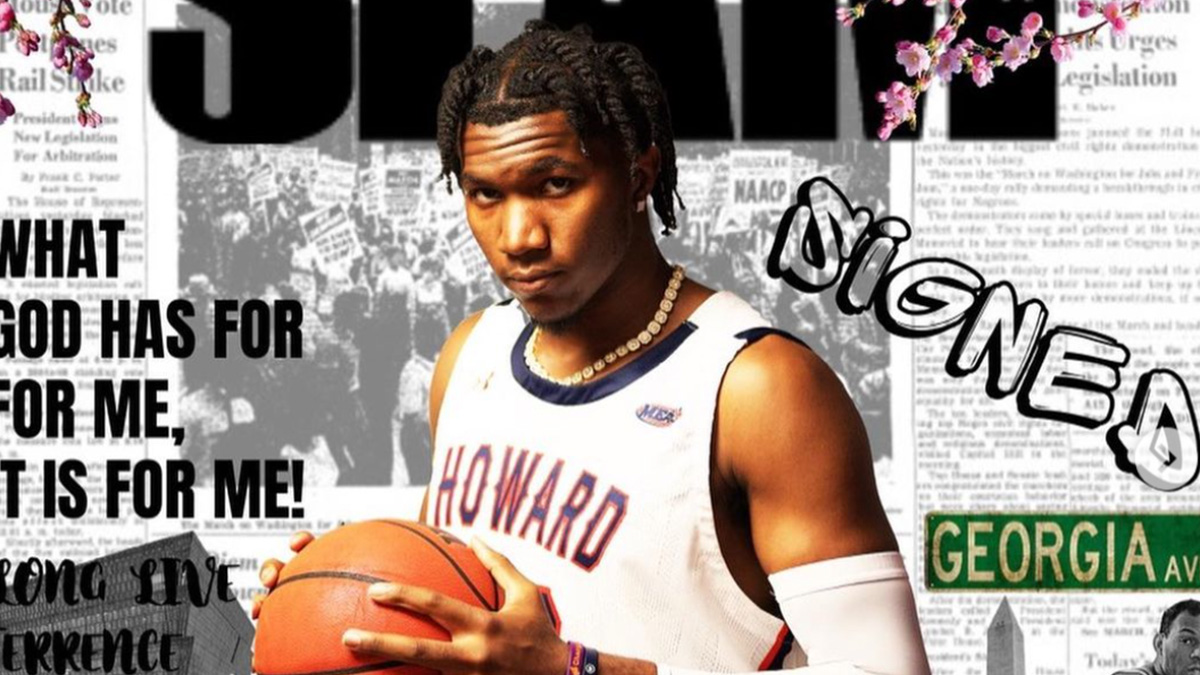 Howard University picked up a solid commitment on Tuesday as Sierra Canyon forward Shy Odom committed to its program.

Shy Odom isn’t the highest rated commitment in Howard University basketball history, but he is a big one.

The 6’5 wing committed to Howard on Tuesday evening. The three-star who plays ball at Sierra Canyon High School in California made his announcement via instagram.

“Thank you to everyone who’s supported me through this journey,” Odom wrote in his caption. “I’m excited to announce that I’m committing to Howard University. HU let’s work!!”

Odom is ranked as the 52nd best power forward in the country and 28th best prospect in California. Odom is originally from Chestnut Hill, MA — just outside of Boston. He’s spent thee last couple of years playing at a Sierra Canyon, alongside LeBron James Jr. — AKA Bronny James. Bronny James is currently a member of the class of 2023 and was offered by HBCUs like North Carolina Central and North Carolina A&T early in 2020.

As for Shy Odom, he had scholarship offers from USC, Tulane, Penn State, Boston University and Georgetown.

The commitment comes almost a year to the day that five-star recruit Makur Maker made his debut with Howard. He suited up for two games before injuries and COVID-19 impacted his season as well as the program’s. Howard ended up having to shut down its season in February and Maker left the school to pursue his pro career.

Howard has rebounded nicely from the difficult season, getting off to a 4-2 start on the year.