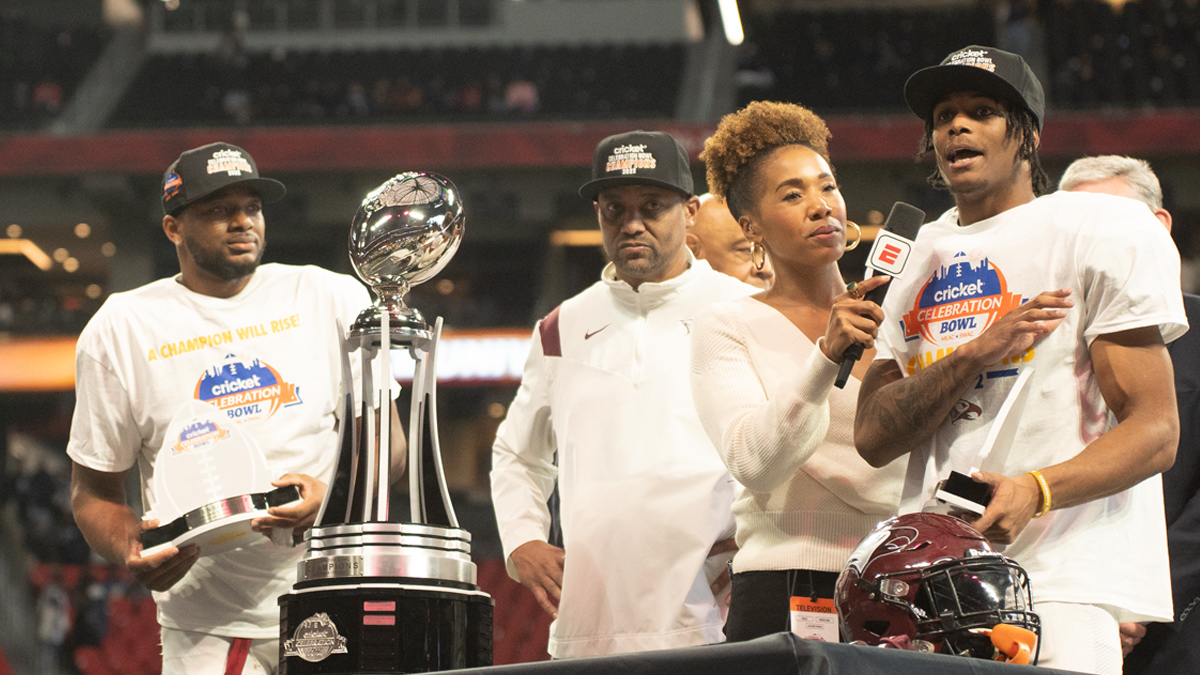 North Carolina Central knew all along it had what it took to win it all. But it had to prove a lot of people wrong.

NC Central has had a chip on its shoulder all season, and the Celebration Bowl only added fuel to that fire.

“They had a chip on their shoulder. The disrespect was real. Since we’ve been down here —  we come to the press conference and,  many were here last week. The athletic director addressed us as North Carolina A&T State University. Hey…come on.”

That was only the start according to Oliver.

“We’re supposed to come out at a certain time before the national anthem. For whatever reason, the team wasn’t ready, so they stop everything. My guys sat in a tunnel for 10 minutes in pregame, waiting to come out. But it don’t matter. It doesn’t matter. We’re resilient. Group of we played, we played good football and I said that before and I’m proud of my guys.

“But, like I said, they gonna put some respect on our name in black college — and I think they’re gonna do that now.”

It’s easy, perhaps, to see that type of ‘we told you so rhetoric’ as grandstanding following a dramatic overtime win in a championship game that resembled a prize fight. But Oliver has kept the same energy since the beginning of the season when he curtly told us we were wrong for not having his team in our preseason FCS Top ten list.

Even that hot morning in Norfolk, VA at the annual MEAC Media Day, Oliver’s belief in his team was apparent. Most coaches would claim ignorance on preseason polls, and even when they get predictions from within their conferences — they shrug them off. But Oliver was convinced.

“I know it’s not nine teams better than us in HBCUs,” Oliver said. “ But we’ll show it on the field.”

Over the next four months, North Carolina Central put itself in position to do just that. It opened up the season with a dominant win over rival North Carolina A&T — NCCU’s first win over its former conference foe since 2016 — making a statement in front of over 35,000 fans. A few weeks later it went on the road and knocked off nationally ranked New Hampshire, opening the eyes of those who hadn’t woken up yet.

Then October rolled around, and so did a few bumps in the road. A lopsided loss to Campbell was the first blemish. Then defending MEAC champion and Celebration Bowl winner South Carolina State took control of the conference race with a close win. Suddenly NCCU needed a SCSU team that hadn’t lost any MEAC games in 2021 to drop two to have a chance to get to the Celebration Bowl.

Lo and behold, SC State didn’t win another game and NC Central didn’t lose another, clinching the MEAC title with more than a month to go before the Celebration Bowl. As Jackson State clinched the SWAC title and then dealt with the aftermath of Deion Sanders taking the Colorado job, Oliver and his staff put together a gameplan to take down a team that was more than a two touchdown favorite in Vegas.

“I’ve seen our guys grow every week for the beginning of season and we continue to get better. I saw over the last two weeks we have really, really good practices, so the guys knew what was at stake. The guys were hungry and we had something to prove.”

And that’s exactly what happened on Saturday afternoon as North Carolina Central not only won the game and the HBCU national title — it also handed JSU its only loss of the season after it spent the entire year ranked no. 1 in many polls — including ours.

NC Central proved people wrong all season long and Saturday was simply the cherry on top of some humble pie for many in the world of HBCU football and beyond.