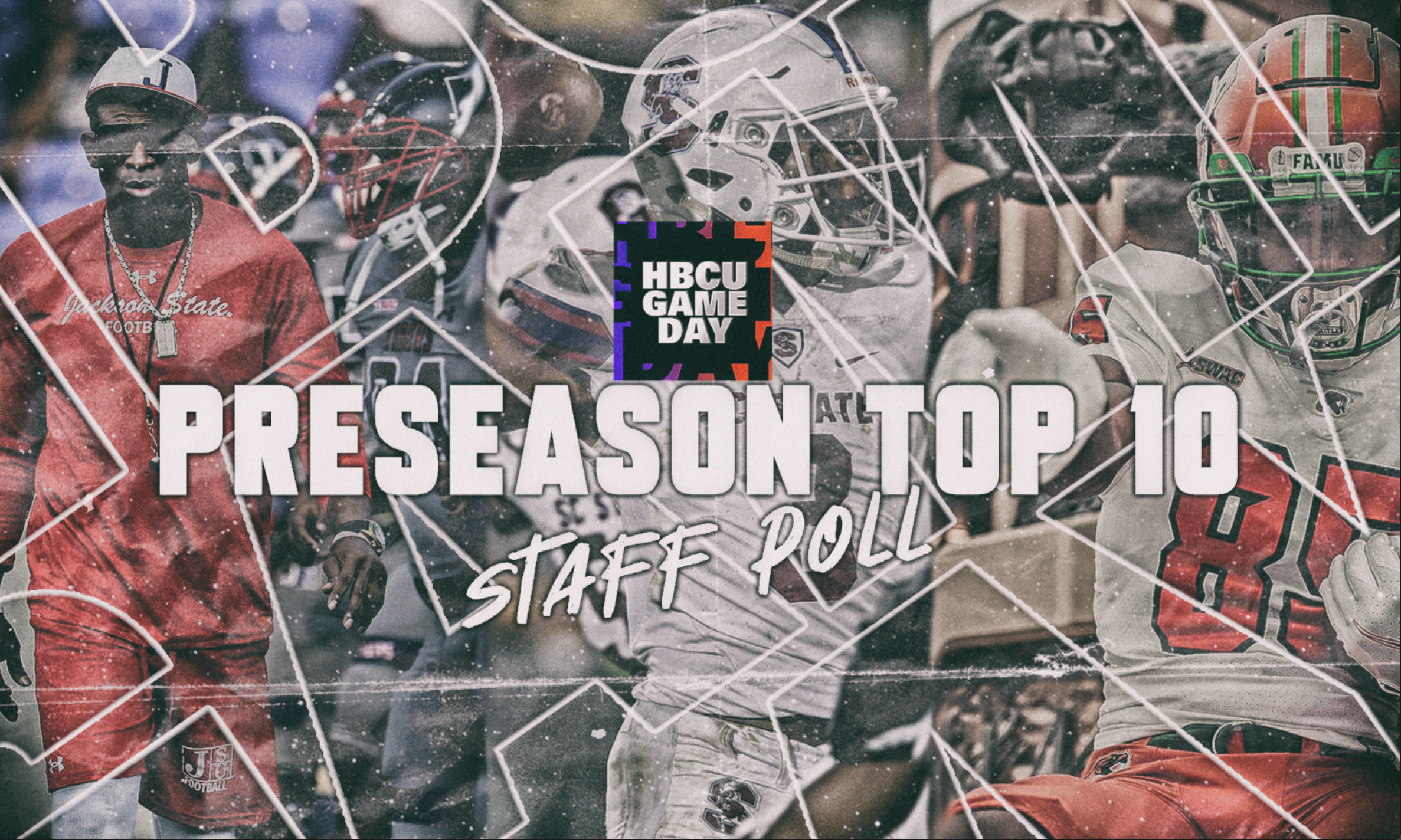 The HBCU Gameday staff drops its inaugural preseason poll for HBCU Football at the FCS level heading into the 2022 season.

HBCU Football polls go back at least 100 years, to the 1920s. HBCU Gameday hasn’t been around that long — we’re celebrating our 10th anniversary this month — but we have had some skin in the game for a minute now.

Without going too long, HBCU Gameday is introducing its inaugural staff polls for FCS and Division II/NAIA HBCU Football. Our polls will come out weekly throughout the season as we watch and vote.

Without further ado, here is the inaugural HBCU Gameday Preseason FCS HBCU Football poll as voted on by our staff.

NSU finished 6-5 in the 2021 season under Dawson Odums — the program’s first winning season in nearly a decade. This year’s team will have to do it without a four-year starter at quarterback in Juwan “Pootie” Carter, the reigning MEAC Offensive Player of The Year, and several other building blocks left behind by Latrell Scott.

PVAMU finished last season 7-4, winning the SWAC West and making it to the SWAC title game. But a lot has changed, headlined by the loss of Eric Dooley and quarterback Jawon Pass. The bad news is the SWAC West seems to have gotten tougher.

After ruling the SWAC East for more than half a decade, ASU finished 6-5 last season. It has some solid returning pieces but will have to replace quarterback Felix Harper, wide receiver LaCharles Pringle and others.

Like Alcorn State, NC A&T stepped into a new decade and found out it was a new day. A&T went 5-6 in its first season in the Big South, but two of its wins came against MEAC runner-up NC Central and MEAC winner South Carolina State.  This fall will include matchups against NCCU, SC State and NSU as well as perennial FCS power North Dakota State

The spring 2021 SWAC Champions finished 7-4 in the fall, but that was only good for third place in the SWAC East.  They will miss quarterback Aqeel Glass, but have re-loaded with a trunk full of FBS transfers. There is little margin for error, though, in a division with JSU and FAMU.

Eddie George and Co. started out slow, but finished with a 5-6 record in 2021. TSU will face Jackson State in the Southern Heritage Classic and Bethune-Cookman as well as Lane College of the SIAC.

Southern went just 4-7 last fall under interim head coach Jason Rollins. This fall it will head onto the field under the direction of Eric Dooley as SU looks to get back into contention for the SWAC West title.

SC State started the season slow with losses to FBS teams and a blowout loss to FAMU, but went perfect in MEAC play to claim the conference title. Then it went to Atlanta and knocked off a highly-favored Jackson State team. Gone is defensive star Decobie Durant but much of the program remains intact for Buddy Pough’s program.  SCSU received two first-place votes in our poll.

FAMU emerged from a two-year hiatus last September with a 9-3 record, including a trip to the FCS playoffs. This year’s squad will seek to hand Jackson State some payback from last season’s Orange Blossom Classic and leave no doubt that it is the best team in the SWAC and HBCU football. FAMU received two first-place votes in our preseason poll.

After a promising spring 2021 season, JSU survived a slugfest with FAMU and managed to lead the SWAC from wire-to-wire. Even in Coach Prime’s absence, James Houston and the JSU defense set up Shedeur Sanders and the JSU offense as the team went undefeated in SWAC play. It couldn’t finish the deal against South Carolina State in the Celebration Bowl, though. This year’s task will be to keep that same energy and finish the job with a mix of returning and new players — including top recruits Travis Hunter and Kevin Coleman. Jackson State received four first-place votes.