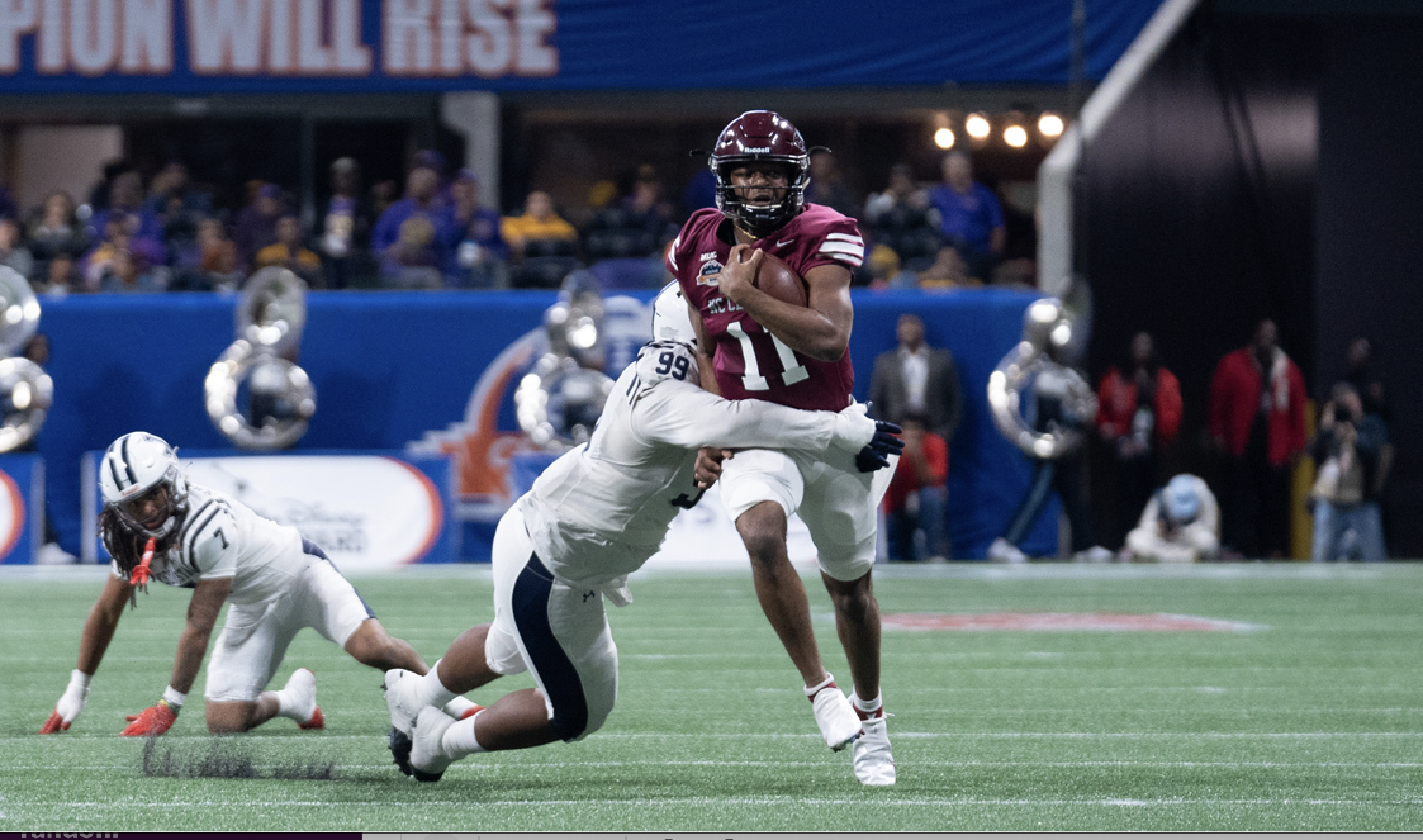 The loss was the second straight in the season-ending bowl game for Jackson State (12-1) and heralded head coach Deion “Coach Prime” Sanders. It sends him to his new gig as head coach at Colorado 18-0 over the last two seasons in SWAC play but 0-2 vs. the MEAC in the championship game.

The game also increased the MEAC’s record against the SWAC to 6-1 in Celebration Bowls. A Celebration Bowl record attendance of 49,675 was on hand to see the seventh battle between MEAC and SWAC champions.

The dramatic ending for Deion Sanders

The extra period was set up when JSU scored on the final play of regulation on a 19-yard pass from QB Shedeur Sanders to freshman sensation Travis Hunter. The fourth TD pass of the day for Sanders and Alejandro Mata’s PAT tied the game at 34 and sent the affair to the dramatic overtime.

NCCU (10-2) scored on the first possession of the extra session on a 1-yard run from quarterback Davius Richard.

JSU drove to the 1-yard line on its possession but Sanders’ pass into the end zone on fourth down fell incomplete. On third down, Sanders had thrown to wide-open back-up tight end Hayden Hagler who dropped the pass.

The back-and-fouth game began with NCCU jumping out to a 10-0 first-quarter lead, the largest deficit of the season for JSU. The Tigers came back to go on top 14-10 as Sanders finished off two drives with TD passes. The teams exchanged two late second quarter TDs to send JSU into the break with a 21-17 lead.

After forcing a JSU punt to open the second half, NCCU head coach Trei Oliver called a fake punt on 4th-and-4 from the NCCU 33 that back-up tight end Kyle Morgan took 43 yards down to the JSU 24. Quentin McCall hauled in a tough 12-yard pass from QB Davius Richard on the left sideline to put the Eagles back in front. Adrian Olivo missed the PAT to leave NCCU up 23-21.

The JSU drive that took the game into overtime covered 81 yards in 15 plays to the final buzzer.

Richard finished with 15 completions in 20 attempts for 175 yards and one TD. He also rushed for 103 yards in 22 carries with one score. He was awarded the game’s offensive MVP award. Collier finished with 102 rushing yards on 17 carries and one score. Hicks had four carries for 80 yards.

NCCU outrushed JSU 276 yards to 68. The Eagles averaged 6.3 yards per rush. The Eagles also possessed the ball for 38 minutes while JSU had it for just 21 minutes.