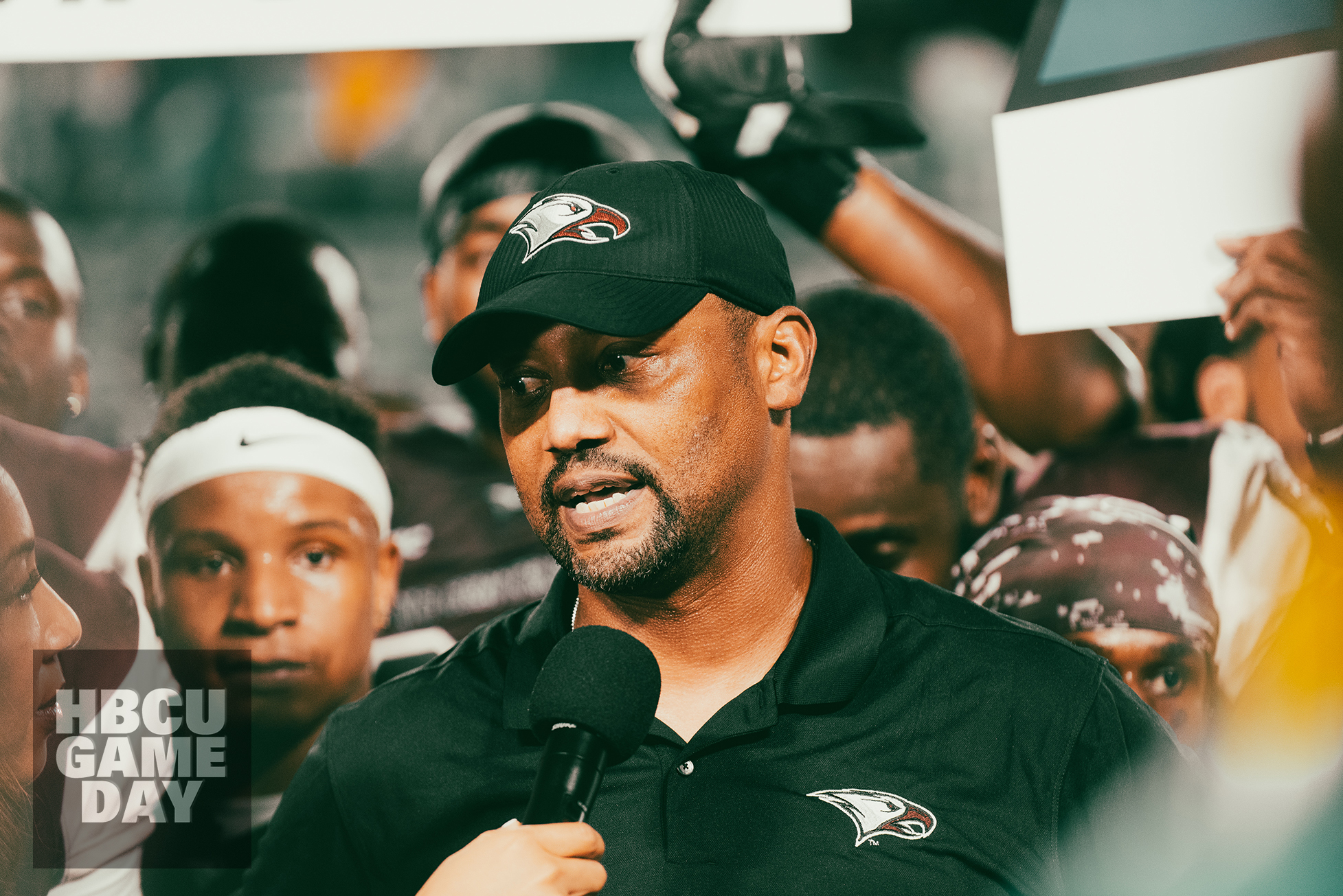 He and his team have a huge task in front of them but Oliver was poised at Friday’s press conference inside Mercedes Benz Stadium.

The hoopla surrounding the game is immense.

What’s on the line in the Celebration Bowl?

The HBCU national championship is at stake between Oliver’s 9-2 Eagles and the 12-0 JSU Tigers.

Oliver and his squad are tasked with building on the MEAC’s 5-1 edge in the bowl game and reversing a 10-9 NCCU loss to Grambling State in 2016 that is the MEAC’s only loss in the series.

The game will bring an end to JSU head coach Deion “Coach Prime” Sanders dalliance with HBCU football that has captivated the nation. Sanders is moving on to be head coach at Colorado after the game.

And a sellout crowd of over 48,000 fans will be on hand along with a national TV audience on ABC.

“We’re playing a very good football team,” Oliver said. “First and foremost, we have to stay in the moment and do what we do.

“We must protect the football. Once you watch film on Jackson State, they’re very opportunistic. They turn you over and then they make you pay and score.

“I told our guys that we don’t have to do anything out of the norm. We have to do what we do and do it well. We talk about having a ‘thermostat mentality’ – not too high or not too low. We’ll control our emotions out here. When something good happens, keep playing. When something bad happens, keep playing. But we’re going to play for sixty minutes.”

Much of Oliver’s latter comments come right out of the playbook of two of his mentors, former NC A&T head coaches Rod Broadway and Sam Washington.

He then went with Broadway to Grambling State from 2007-2010 where the Tigers won a SWAC championship and a black college national title in 2008. Washington was the defensive coordinator on those Grambling teams.

He followed Broadway and Washington to NC A&T when the Aggies won consecutive MEAC championships in 2014 and 2015.

Perhaps most importantly at NC A&T, Broadway (2015 and 2017) and Washington (2018 and 2019) and their philosophies split four of the five MEAC wins in the Celebration Bowl.

“I’ve been blessed to be around some very, very talented teams,” Oliver said, who took over at NCCU in 2019. “We’re talented this year but I think our team chemistry is a little different here. These guys love each other.

“But (now) you might see the O-line hang out with the kickers or the quarterbacks hanging out with the D-linemen. These guys are genuinely good people. They get along. They love each other. And that’s what we promote within the program.

“And you know, our team GPA is a 3.0. So these guys are knocking it out the box both on and off the field.”