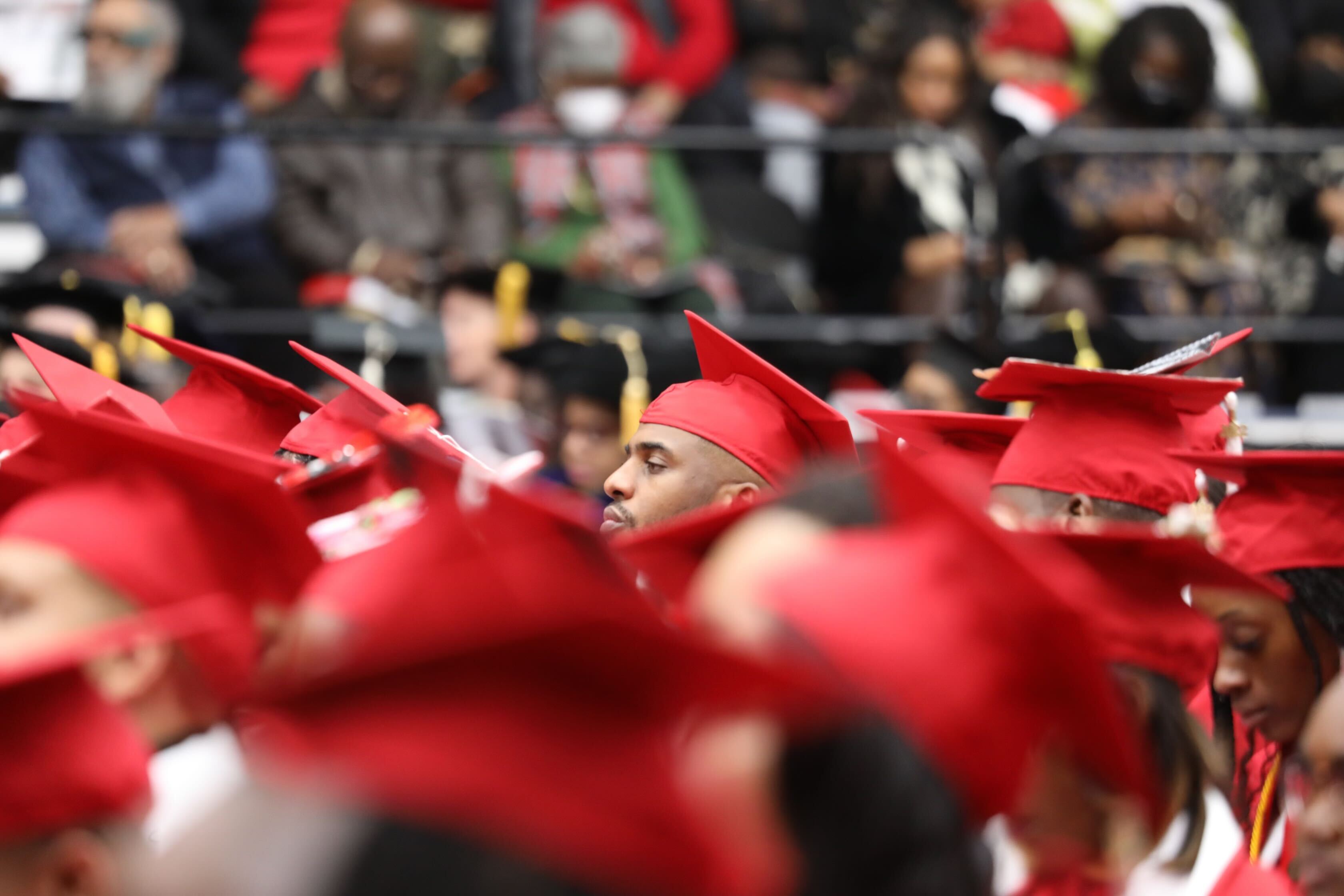 Chris Paul not only graduated from Winston-Salem State, he also gifted his WSSU classmates.

Chris Paul is officially an alumnus of Winston-Salem State University and he gave his classmates a nice graduation gift as well.

The Phoenix Suns guard participated in commencement ceremonies on Friday morning in Winston-Salem, NC after competing in a game in Los Angeles against the Clippers the night before.

“I didn’t want it to be about me,” Paul told Andscape after the ceremony. “I was trying to make it as normal as possible. You know, all these students here have fought their butts off for a while to get their degree. And I wanted to make sure that in no way I was trying to show them up on their special day. They had a lot of family, loved ones that’s here to support them and to see them. And I just wanted to be a graduate just like that.”

Paul flew over 2,500 miles from California to North Carolina overnight, landing in his hometown around 6:30 EST. He then participated in the commencement ceremony.

Not only did Paul, who played his college basketball at Wake Forest, graduate — he also created bank accounts valued at $2,500 each for all graduates at Greenwood Bank. Greenwood is a black-owned banking platform.

Chris Paul has spent much of the last decade giving of his time and resources to WSSU and other HBCU causes. He held a charity basketball game at WSSU homecoming in 2012 during the NBA lockout that featured LeBron James, Kevin Durant, Stephen Curry and a host of other all-time NBA greats. He created an internship pipeline at A&T, produced a docuseries highlighting the plight of HBCUs in college athletics and has been a part of two basketball showcases featuring HBCUs for back-to-back years.

“I speak about it every now and then when I get a chance, but I think HBCUs are so important for trying to make sure that we level the playing field,” Paul said last month. “Make sure that they’re provided with the same opportunities that a lot of these other schools are blessed with, and the guys are just as talented, if not more talented, they just need the platform. They need people to see them, to believe in them.”