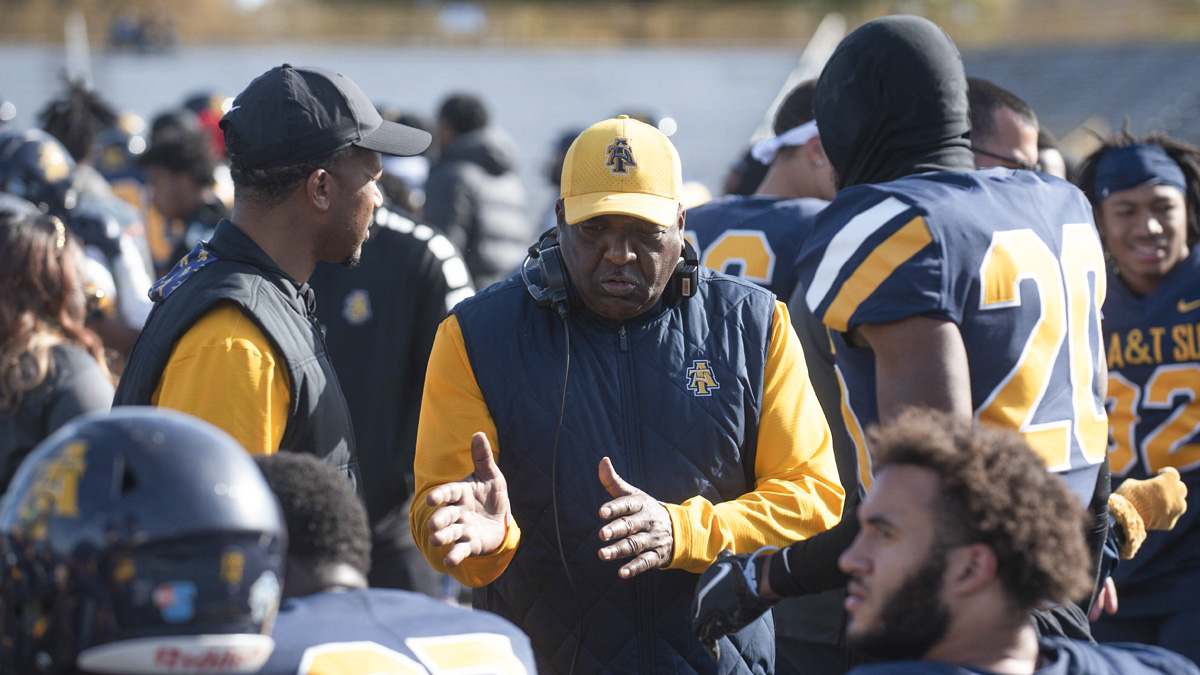 The Sam Washington Era of North Carolina A&T football has come to a close.

North Carolina A&T and Washington will be going separate ways, HBCU Gameday has confirmed. It was initially reported by Football Scoop. HBCU Gameday reached out to Washington, who confirmed the report but declined to comment further.

Washington and Director of Athletics Earl Hilton met on Wednesday. HBCU Gameday has reached out to North Carolina A&T as well.

Sam Washington went 31-15 since assuming the head coaching duties following the retirement of Rod Broadway following the 2017 season. A&T went 7-4 during the 2022 season, falling one game shy of the Big South title and an FCS playoffs appearance.

The Aggies won back-to-back MEAC championships under Washington in 2018 and 2019, claiming HBCU national titles after winning the Celebration Bowl following each of those seasons.

A&T announced its intention to move to the Big South following the 2019 season, then sat out the 2020 season along with the rest of the MEAC. The 2021 season saw A&T go 5-6 its first season in the Big South. A move to the Colonial Athletic Association was announced earlier this year.

Washington came to A&T with Rod Broadway in 2011 after helping lead Grambling State to a SWAC title.