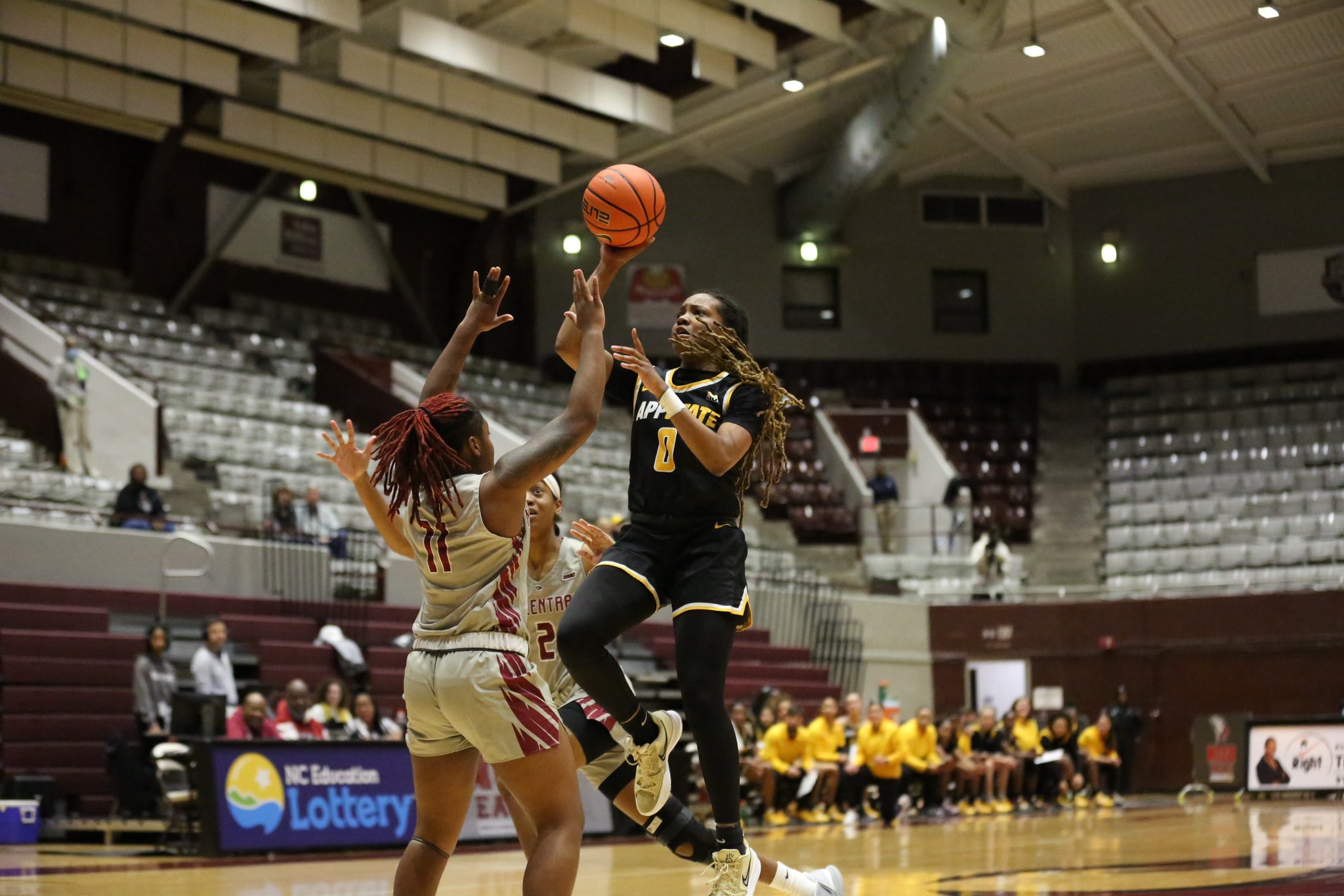 North Carolina Central women’s basketball defeated Appalachian State by a score of 72-70 at McDougald-McLendon Arena on Thursday evening. The Eagles got off to a good start, going into halftime with a 33-32 lead. They then continued to outscore the Mountaineers 39-38 in the second half to come away with the victory.

Jerni Kiaku led the way for North Carolina Central, putting up 20 points. As a team, the Eagles shot 44% from the field, 54% from behind the arc, and 59% from the free throw line. The advanced stats told a similar story, as the team put up 0.92 points per possession on 52% true shooting.

Appalachian State was led by Janay Sanders, who recorded 18 points and seven boards. The Mountaineers went 26-of-58 from the field in this one, including 2-of-19 from the three-point line. Their shooting was part of larger offensive struggles that contributed to the loss. Appalachian St. only mustered 0.88 points per possession on 47% true shooting.

North Carolina Central’s record improved to 4-7 with the win. It will hit the road for its next contest, a December 20 matchup with Western Carolina. On the other side, Appalachian State’s loss ended the momentum it had from its recent win over Johnson C. Smith. The Mountaineers’ next game is against a Michigan team that is also coming off a loss of its own. The team will square off on December 17.