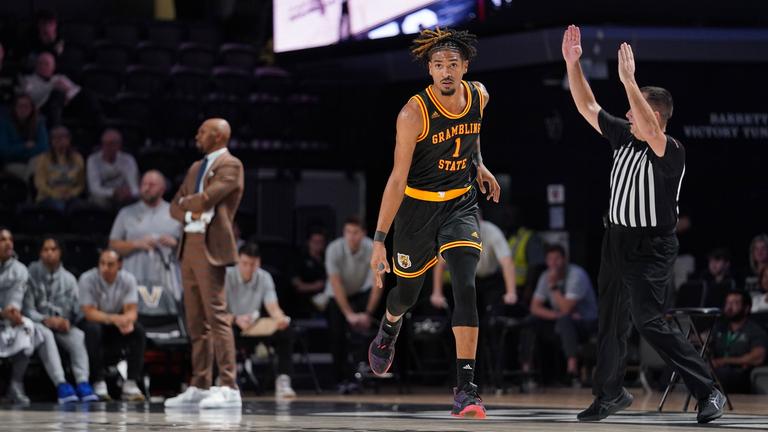 Grambling State took care of another Power Five team, this time on the road, as it took down Vanderbilt on the road.

For the second time in a month, GSU picked up a win over a Power Five conference opponent. This time Grambling State went on the road and knocked off Vanderbilt to come away with a 64-62 win.

Carte’are Gordon led the way for GSU with 12 points.

Grambling State got off to a hot start against Vandy, jumping out to a 14-2 lead. The home team cut into the league but trailed for the majority of the game. A 7-0 run during the last couple minutes led briefly to a 60-59 lead with 1:37 remaining. But GSU recovered and came away with the win.

The Tigers were out-rebounded 37-29 but forced Vandy into 19 turnovers, and scored 23 points off of those turnovers.

Vanderbilt, coached by former NBA star Jerry Stackhouse, was a 13.5 point favorite over the SWAC squad. It leaves the game 5-5 on the season.

Grambling State has improved to 6-3 on the season, including a win over Colorado in the PAC-12/SWAC Legacy Series. Since then it has knocked off UTSA, Dartmouth and Incarnate Word and now Vanderbilt. Next up for GSU will be Virginia Tech, followed by Liberty and Wisconsin.