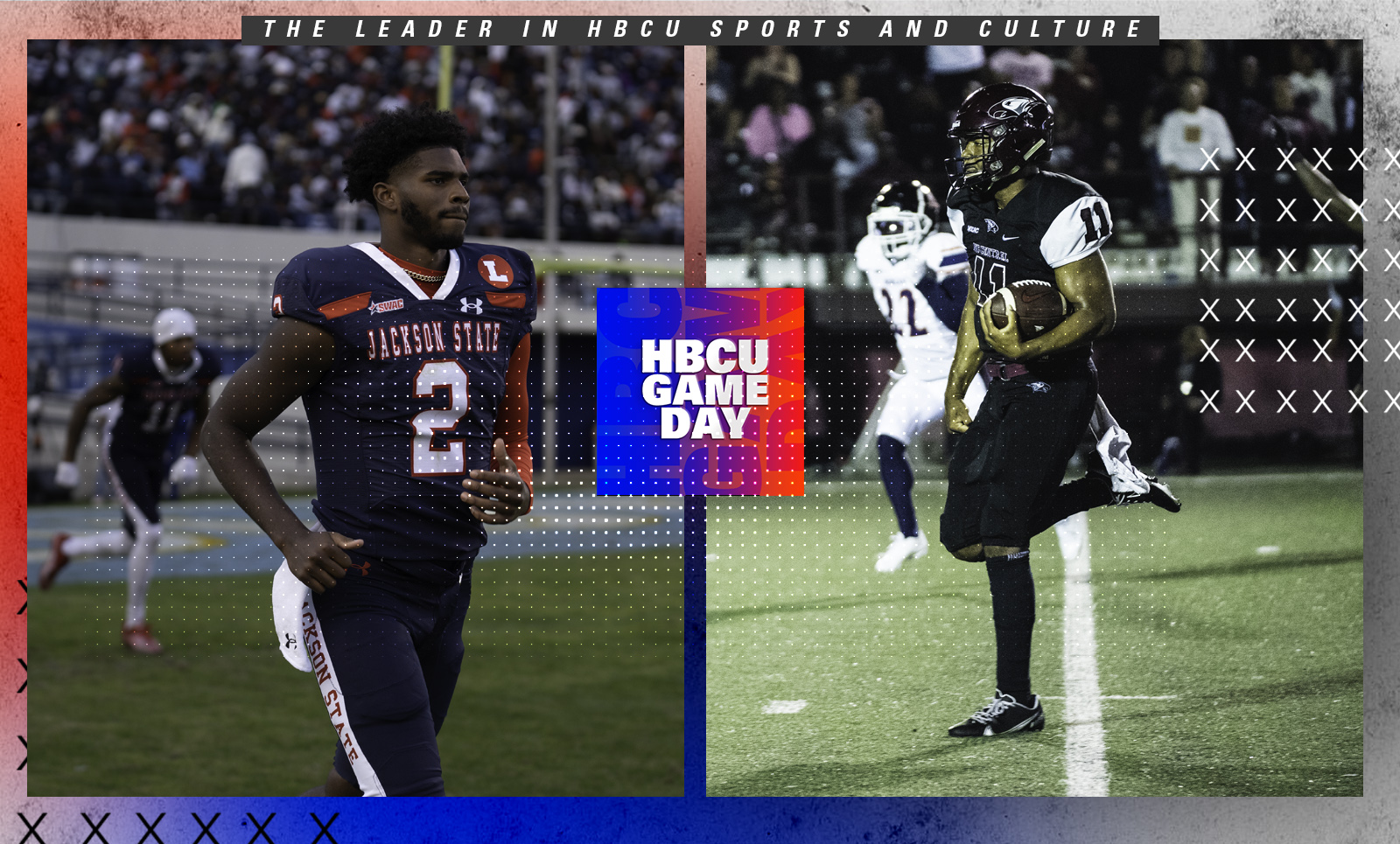 NC Central’s Davius Richard and Jackson State’s Shedeur Sanders are ringleaders and lynchpins of the teams in the Dec. 17 Celebration Bowl XII in Atlanta. How do they match up?

Maybe it can’t be argued.

North Carolina Central junior Davius Richard and Jackson State sophomore Shedeur Sanders are the best QBs in the HBCU universe. Their stats and their team’s performances bear it out.

Richard is the top quarterback in the MEAC and won his conferences’ offensive player of the year award. Ditto for Sanders in the SWAC. They were both head-and-shoulders above their competition.

Sanders will lead head coach Deion “Coach Prime” Sanders’ 12-0 SWAC champion Tigers into Mercedes Benz Stadium in Atlanta. It will be the final JSU game for both Coach Prime and son Shedeur before they both move to the University of Colorado next season.

It should be interesting.

Additionally, he was the second leading rusher in the conference with 691 yards on the ground. He averaged a league-best 6.4 yards per carry and scored a conference-best 13 rushing TDs.

The rushing stats helped Richard lead the league in total offense at 288.8 yards per game. The 13 TDs topped the league and enabled Richard (78 points, 7.1 ppg) to only finish behind NCCU placekicker Adrian Olivo (81 points, 8.1 ppg.) in MEAC scoring.

Sanders put up the great majority of his numbers through the air. Running JSU’s hurry-up offense, Sanders averaged 37 pass attempts per game. He completed 314 of those 448 attempts for 3,403 yards and 36 touchdowns. All those numbers were the best in the SWAC.

His 70.1 completion percentage was also tops in the league. Only one other passer in the SWAC was above 60 percent. He had 15 more TD passes than Florida A&M’s Jeremy Moussa, who had 21, and nearly 700 more passing yards than the FAMU signal caller. He averaged (298.2 ypg.) nearly 300 yards per game in total offense to also lead in that category.

In national HBCU stats, Richard and Sanders are very close.

In the all-important FCS stat of Points Responsible For, both Sanders and Richard show up prominently.

The numbers show Sanders is responsible for more than half, 252 of JSU’s SWAC-leading 456 points or 38.0 points per game. He is fourth nationally in the category.

Likewise, Richard (224) accounted for more than half of NCCU’s MEAC-best 422 points or 38.4 points per game. Richard is sixth nationally.

The pair is fourth (Sanders, 21.0) and fifth (Richard, 20.4) respectively in the FCS in Points Responsible For per Game.

An intriguing match up

The QB numbers set up an interesting and intriguing matchup between the quarterbacks and their respective teams in Celebration Bowl XII next week.

Celebration Bowl Executive Director John Grant said Thursday at the event’s press conference in Atlanta that the game is already sold out.

Only 1,000 Standing Room Only tickets are still available.