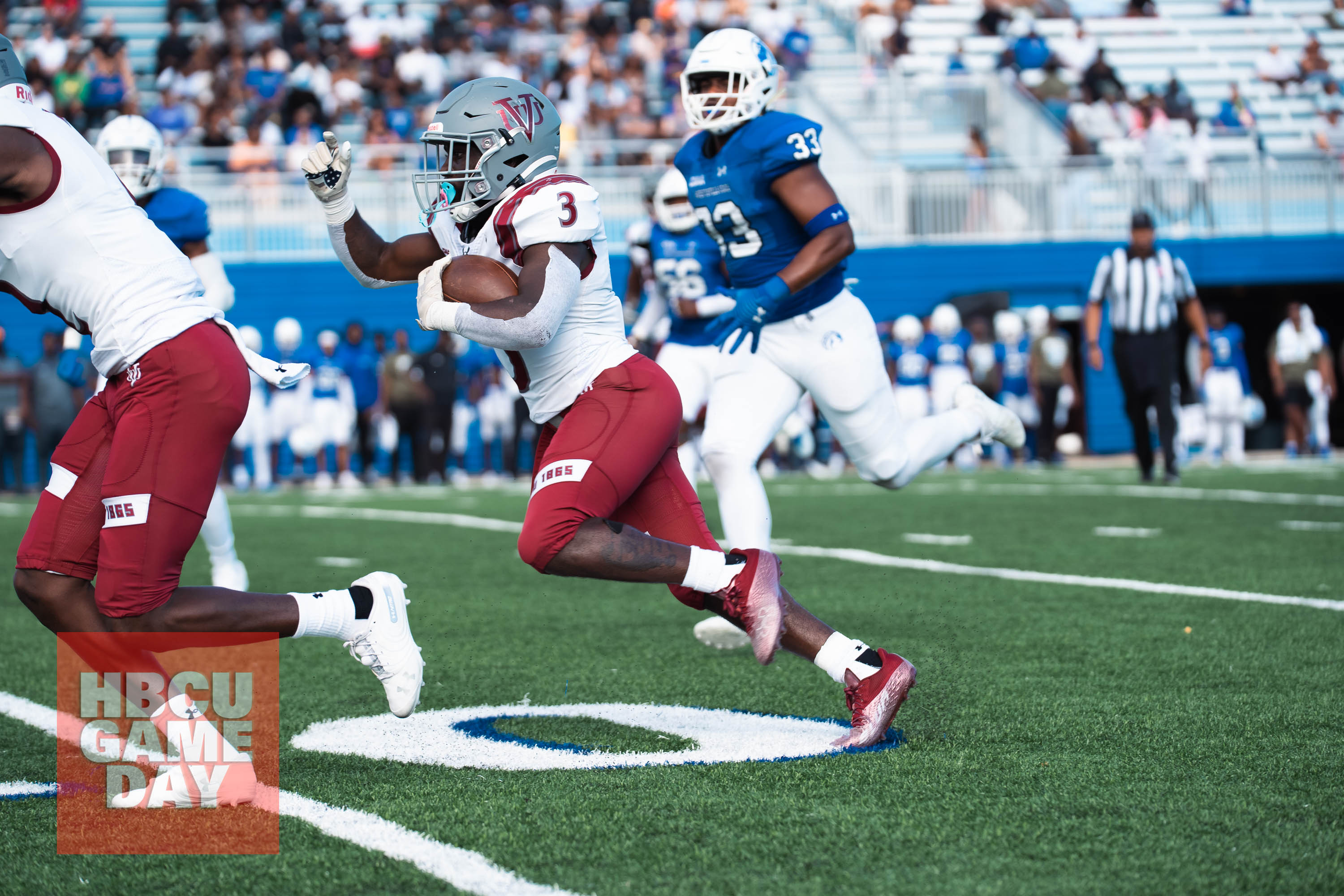 The finalists for the Harlon Hill Award have been announced and Virginia Union running back Jada Byers is among those on the list.

The Harlon Hill Trophy is considered the Division II equivalent of the Heisman Trophy.

Jada Byers had a record-breaking season in 2022, rushing for 1,920 yards and 21 touchdowns — both school and CIAA records. Byers was named CIAA Offensive Player of the Year as he helped VUU to a 9-2 record, including a playoff appearance.

Byers rushed for better than 100 yards in all but one of his team’s 11 games — he finished with 98 yards in the season opener against VUL. He ran for a school and conference record 319 yards against Valdosta State in Week Two. He then rushed for 200 yards in back-to-back games against Elizabeth City State and Bowie State during conference play.

The winner of the 2022 award will be announced on Friday, December 16 and the winner will be honored at the Little Rock Touchdown Club awards banquet on Friday, January 13, 2023.

The Hill Trophy is named for the late Harlon Hill – the former University of North Alabama standout – who excelled with the Lions from 1950-53 before going on to fame in the National Football League with the Chicago Bears.

No HBCU football player has ever won the Harlon Hill Trophy. Bowie State quarterback Amir Hall (2017 and 2018) and running back Calil Wilkins (2021) are recent nominees from the CIAA.

51
The Latest in HBCU Sports and Culture