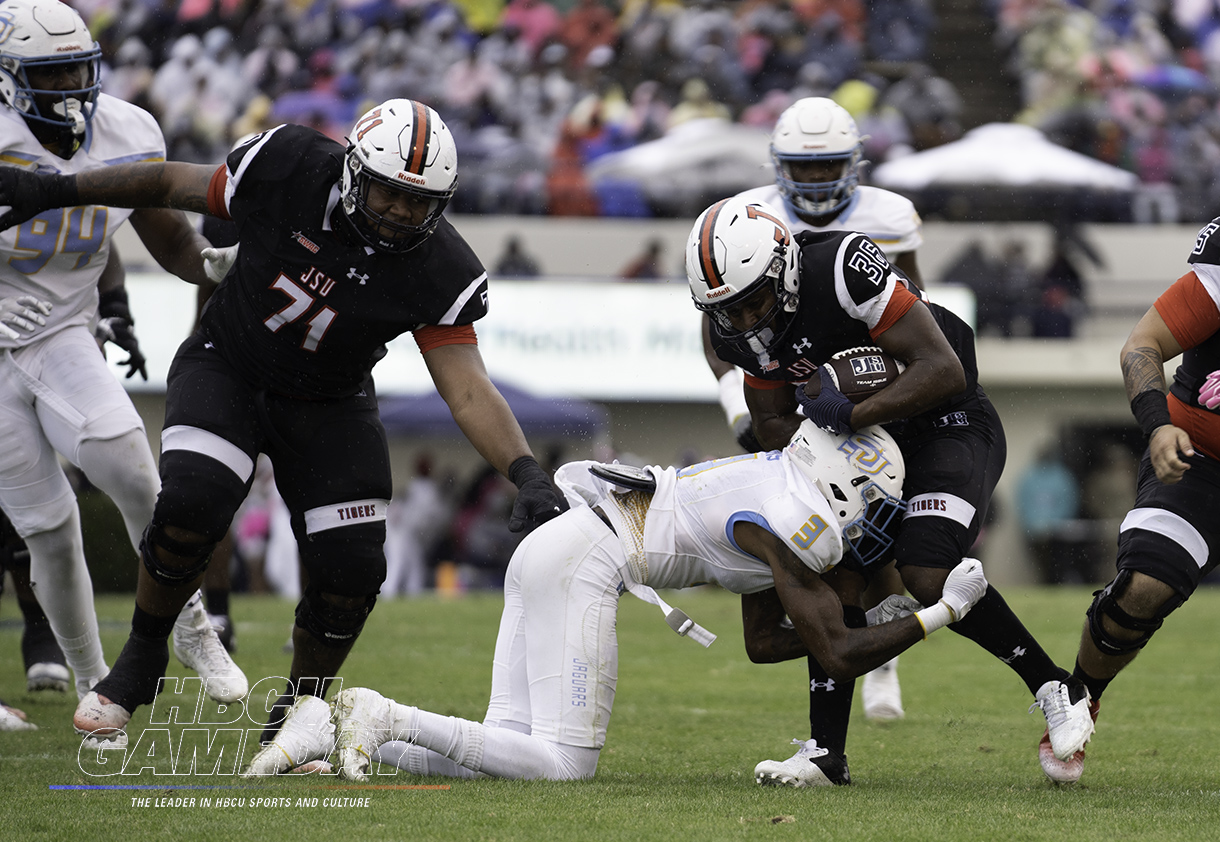 It will also be a return trip to the title game for new Southern head coach Eric Dooley. In his fourth year at the helm at Prairie View last season, he led the Panthers to the West Division title and championship game berth before taking over at Southern this season.

In that game, JSU was dominant. After the teams played to a scoreless first quarter, sophomore quarterback Shedeur Sanders (18-33-0, 194 yards, 1 TD) threw a 3-yard second-quarter TD pass to running back Sy’Veon Wilkerson and ran for two second-quarter scores of 12 and 42 yards to stake the Tigers to a 22-0 lead at the break. Wilkerson added a 26-yard TD run in the third quarter. JSU back-up QB J. P. Andrade came in the fourth quarter and threw another scoring pass.

In Monday’s SWAC Coaches Teleconference Dooley and Sanders talked about their rematch in the championship game.

“There are some things obviously we have to correct from that first meeting,” Dooley said, though he wasn’t going to specify what those things were.

“I’m a guy that looks at everything,” Dooley said of looking back at film of both his loss this season and in last year’s championship game. “Of course they’re some things we’re going to do differently because we didn’t come out successful. So, you’ve got to change some things to try and get better.”

Dooley said he just needs his quarterback (McCray) to win the game. He’s not worried about statistics.

“If that means he needs to run it. If he’s not throwing, and he’s rushing, same thing. When it all comes down and it’s a W, you don’t worry about the stats. It’s about the most important stat of all – winning.”

The 2021 title game: Things to remember

Jackson State scored on a 91-yard kickoff return and a 5-yard interception return. Take those big plays away and the game was much tighter. Dooley pointed that out after last year’s game.

His Prairie View defense held JSU QB Shedeur Sanders to the worst outing of his freshman season. Sanders completed just 8 of 16 passes for 85 yards and one touchdown. The Tigers’ running game accounted for almost 200 yards. Though Dooley’s strategy of not letting the JSU quarterback beat him came up short, it was still very effective.

In fact it was a similar strategy that SC State employed in its shocking 31-10 upset win over JSU in last year’s Celebration Bowl. Sanders threw for 175 yards against the Bulldogs but was picked off twice, sacked three times, gave up one fumble and was harassed all day.

Don’t be surprised if Dooley employs that same strategy in Saturday’s game.

While talking about his team, Sanders also talked about the win-win of having the championship game back in Jackson where last year’s game drew 50,128 fans.

“To have this influx of economics into our city once again is going to be unbelievable,” Sanders said.

“Everyone is going to win in some sort of fashion except for one team on the field. But I think it’s truly a blessing to have the championship here. It’s really a rivalry type game.”

“We just got to be consistent in all the things we do,” Sanders said of his team’s focus. “The word of the week is we’ve got to ‘finish.’ We’ve got to finish and we’ve got to be dominant.”

Jackson State and Southern are 1-2 in just about every major statistical category on offense and defense in the SWAC.

The one category that Southern is ahead of Jackson is in rushing offense. The Jaguars are second (to Prairie View) in rushing stats at 202.6 yards per game. JSU, led by 1,000-yard rusher Wilkerson’s 94.5 yards per game, is sixth in the league (158.1 ypg.).

The lack of a solid running game and offensive line were a glaring weaknesses for last year’s JSU team. One that both Prairie View and SC State tried to exploit. The Tigers were dead last in the SWAC in rushing. Sanders rebuilt the offensive line this year and that has been one huge area of improvement. The addition of 1,000-yard rusher Wilkerson, a Delaware State transfer, has made a huge difference.

Jackson State leads the SWAC and all of FCS football in scoring (10.09 points per game) and total (216.9 ypg.) defense. The Tigers have given up more than 20 points in just one game, a 66-24 blowout of Grambling early in the season. Hard-hitting linebacker Aubrey Miller Jr. (76 tackles) is the anchor on defense.