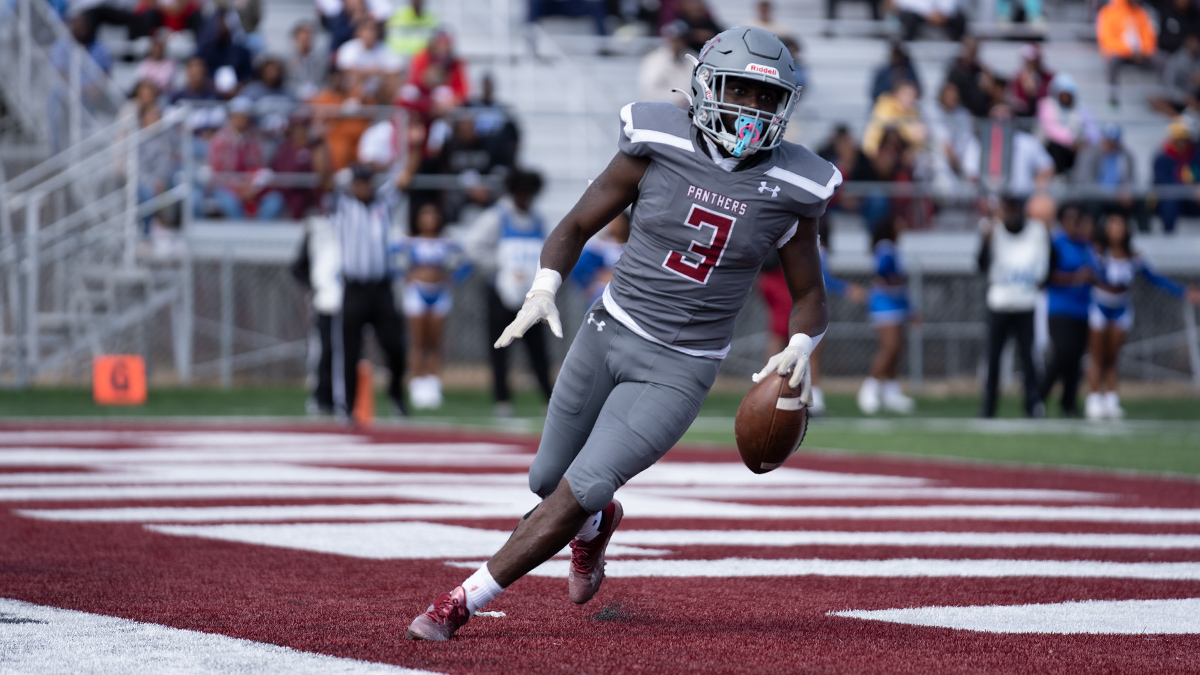 Virginia Union has never won a playoff game in its storied history. It will look to change that this weekend.

Historic Hovey Field, home of the Virginia Union football program, has hosted a lot of games in its 119-year history. All you have to do is look up at the sign above the entry fence to know that.

But it has only hosted one playoff game, back in 1991. That was a loss for VUU. In fact, VUU (9-1) has never won a playoff game in ten tries. It will try to make some history this weekend when it welcomes Wingate in the NCAA Division II playoffs.

“To cross that bar, we’re going to have to get past a good, good Wingate team,” Virginia Union head coach Dr. Alvin Parker said on Tuesday. “Those guys play a grand style of football, they have a quarterback that has been there a couple of times, their defense is outstanding. Those guys rank high in the nation. You pop on the film, a bunch of guys running around, making plays. To get over that bar, we’re going to have to be ready.”

Wingate comes up from North Carolina with a 9-2 record, including wins over Shaw and Fayetteville State of the CIAA. A member of the South Atlantic Conference (SAC) it earned its fourth playoff bid in the last five years and is 56-16 overall in the last five fall seasons.

“It’s not going to be anything new for those guys,” Parker said. “They are going to know what to do, they’re going to know how to move and do certain things. But its going to be up to our guys to make sure they make the adjustment fast and be ready to play. But they get the same amount of time to prepare as we do. We feel good about our chances going into Saturday, but we know — we know — that we’re going to play against a good football team.”

This year’s Wingate team is led by a particularly stingy defense as it allowed just 10.9 points per game and held seven of 11 opponents to 10 points or less this season. In fact, it led the nation in total defense, sacks, tackles for loss and first down defense and was fourth overall in rushing defense.

Contrast that with VUU, which scores 43.9 points per game, ranking third in the nation as it leans heavily on the run game. Jada Byers, the CIAA Offensive Player of The Year, comes into Saturday’s game with over 1,800 yards rushing and 21 touchdowns.

VUU quarterback Jahkari Grant has completed 120 of 204 passes for 1,752 yards and 17 touchdowns. He will need to be on point and efficient to keep that potent Wingate defense honest vs. the run and Byers.

Saturday’s forecast predicts a sunny but cold game, with temperatures topping out at 49 degrees. It’s already been a cold week of practice for VUU, which should help prepare them for Saturday’s game. Parker was encouraged by what he saw.

“I told the guys at this point of the season it’s a privilege to still be practicing. Those guys were bouncing around, having fun. It was a normal Tuesday practice for us, so we felt good about that. Just getting used to this new opponent that we haven’t faced and just kind of learning those guys and getting the guys ready. That’s where we are now.”

The winner of Saturday’s game will take on Benedict, the SIAC champion and the no. 1 seed in the Southern region. But Parker and his team will have to make some history against an experienced playoff squad before it can think about that.

“We just know we’re going against a good ballclub,” he said. “So we got to make sure we got everything tight, all the ’t’s crossed, all the ‘I’s dotted.”

225
The Latest in HBCU Sports and Culture