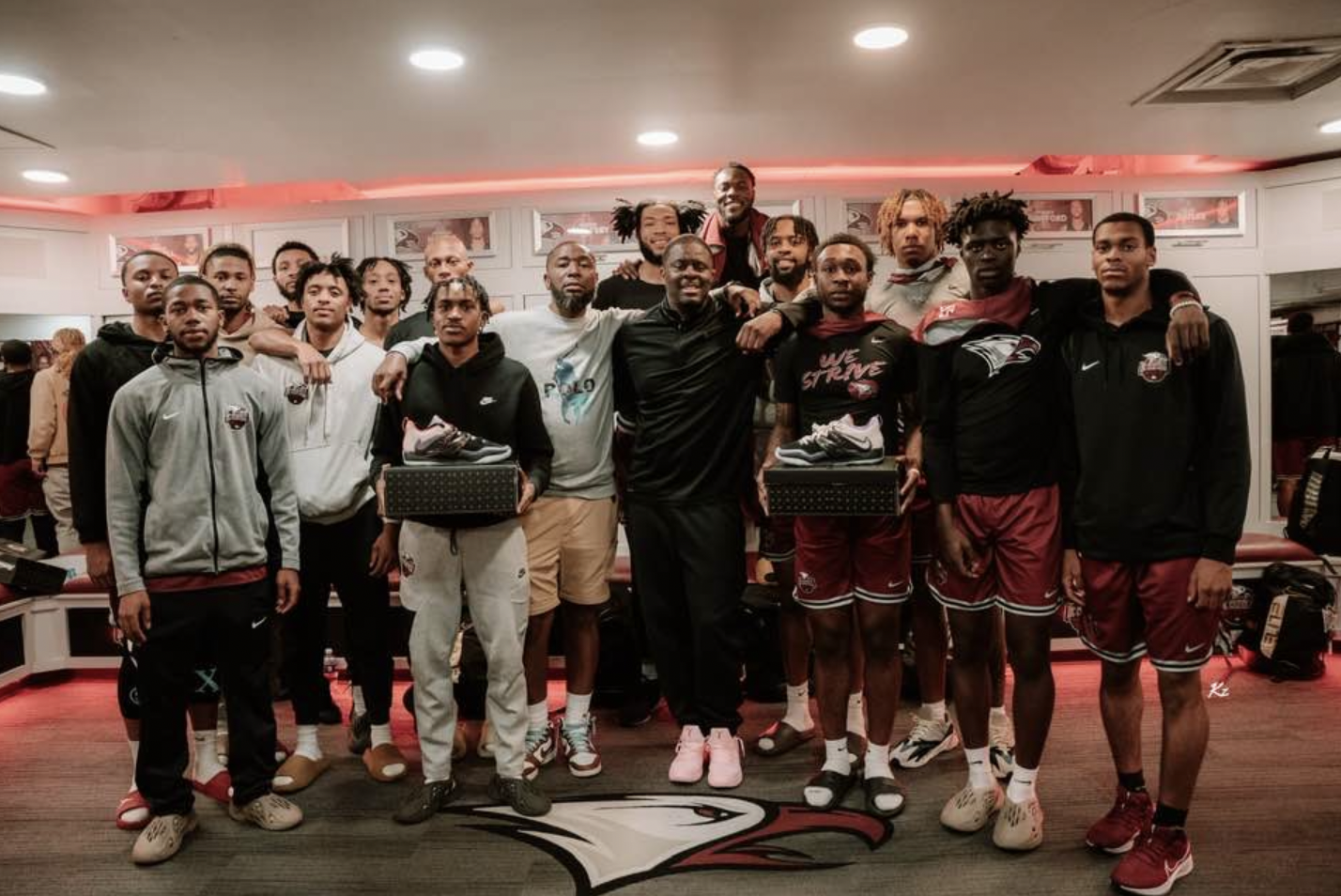 The North Carolina Central men’s basketball team got their hands on a pair of KD15 sneakers along with a story behind the design.

NCCU alumnus and legendary hip-hop producer 9th Wonder recently dropped the new Nike sneakers off at his alma mater for its basketball team. He presented the team, coached by his friend and former classmate LeVelle Moton, with the shoe recently and gave the team the story behind it.

“Durant and I became cool. He came to me and said I want to do a shoe with you. I said okay,” said 9th Wonder. “That was the KD 15, I got the chance to design it from top to bottom. And I brought y’all some.”

Ninth Wonder then went on to tell the team the story behind the design of the KD15, which he said was inspired by his love of the Air Jordan V. But that was only part of the inspiration.

“I made the tongue reflective, the clear bottom. KD’s on one tongue, Nike’s on the other one. KD’s from Suiteland, Maryland and that’s the map of Suiteland, MD. I’m from Winston-Salem, NC that’s the map of Winston-Salem. The purple is for my girl’s basketball team, the Carolina Dream. And my brother passed away two years ago, so his name is in the tongue. And he played ball. My purpose was to put his name on the tongue because he will always be on a basketball court somewhere.”

9th Wonder, whose real name is Patrick Douthit, taught a hip-hop class at his alma mater for more than half a decade. His work includes production on Nas’ God Son album and Jay Z’s Black album as well as being a founding member of the group Little Brother. His daughter, Jada Douthit, is a member of the Winston-Salem State women’s basketball program.