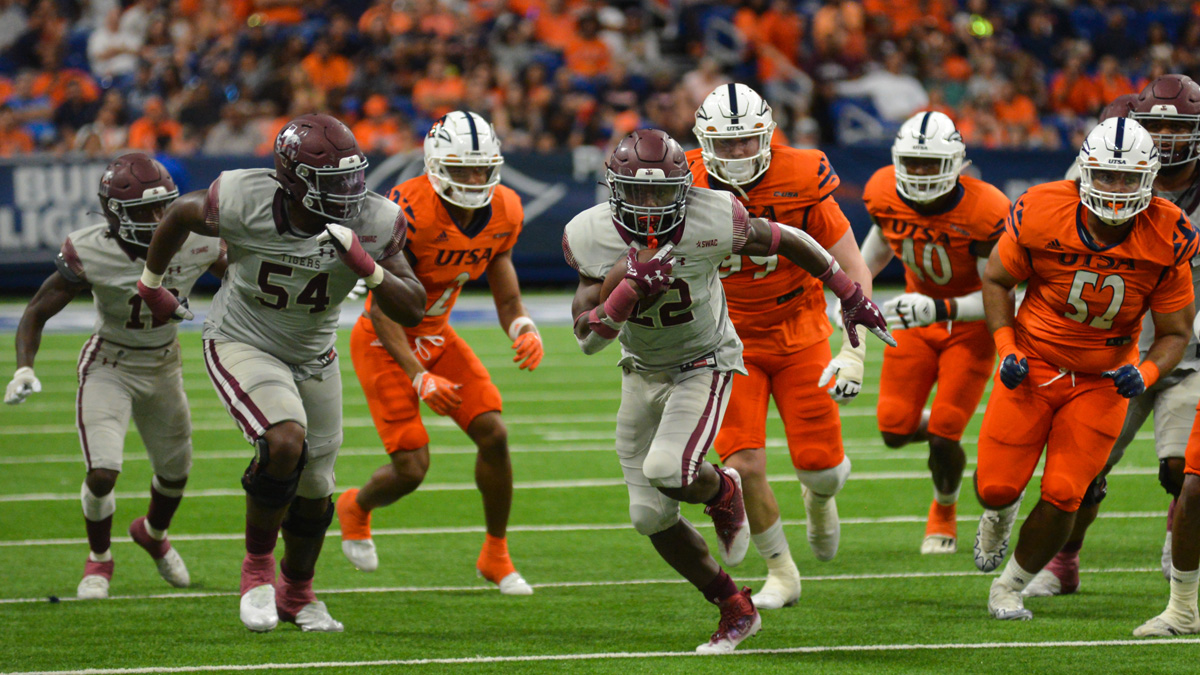 Grambling State has dominated Texas Southern over the last half decade, but things might be different this year.

Texas Southern and Grambling are set to battle in a showdown of SWAC West schools on Saturday evening. TXSO is hoping for a better result than their last game, a 41-14 loss to Jackson State. Meanwhile, Grambling enters with some momentum from their recent win over Arkansas-Pine Bluff. The last time these two teams played was in 2019. Grambling took that one by a final score of 55-20.

The Tigers come into this contest with a 4-5 record on the season. They’re putting up an average of 3.1 touchdowns and 24 points per contest. The Tigers’ defense is conceding an average of 409 yards and 28 points per game.

Jacorey Howard will look to find the end zone again after his rushing score in Texas Southern’s last game. Howard rushed for 38 yards and one touchdown in the team’s loss.

Texas Southern’s offense places a significant focus on the ground game. On the season they have a 63-37 rush-pass play selection split.

It’s been a struggle all around for the Tigers this season. They’ve only been averaging 299 yards of total offense per game. To make matters worse, opposing offenses have been racking up 401 yards per game against Grambling’s defense. Their passing game is especially weak, as they’re only averaging 5.5 yards per attempt.

Maurice Washington gears up after an impressive performance in Grambling’s last game. Washington rushed for 201 yards and two touchdowns in the team’s win.

Grambling’s running game is by committee. No one player has taken more than 17 percent of rush attempts.

The Tigers’ record sits at 2-1 for their last three games, averaging 311 offensive yards per game during that games. They are looking for their first win on the road this season, as they are currently 0-4 in away games, allowing 49 points per game in those games.

Grambling State is 2-5 in Division I HBCU games, averaging 25 points per game in those games.