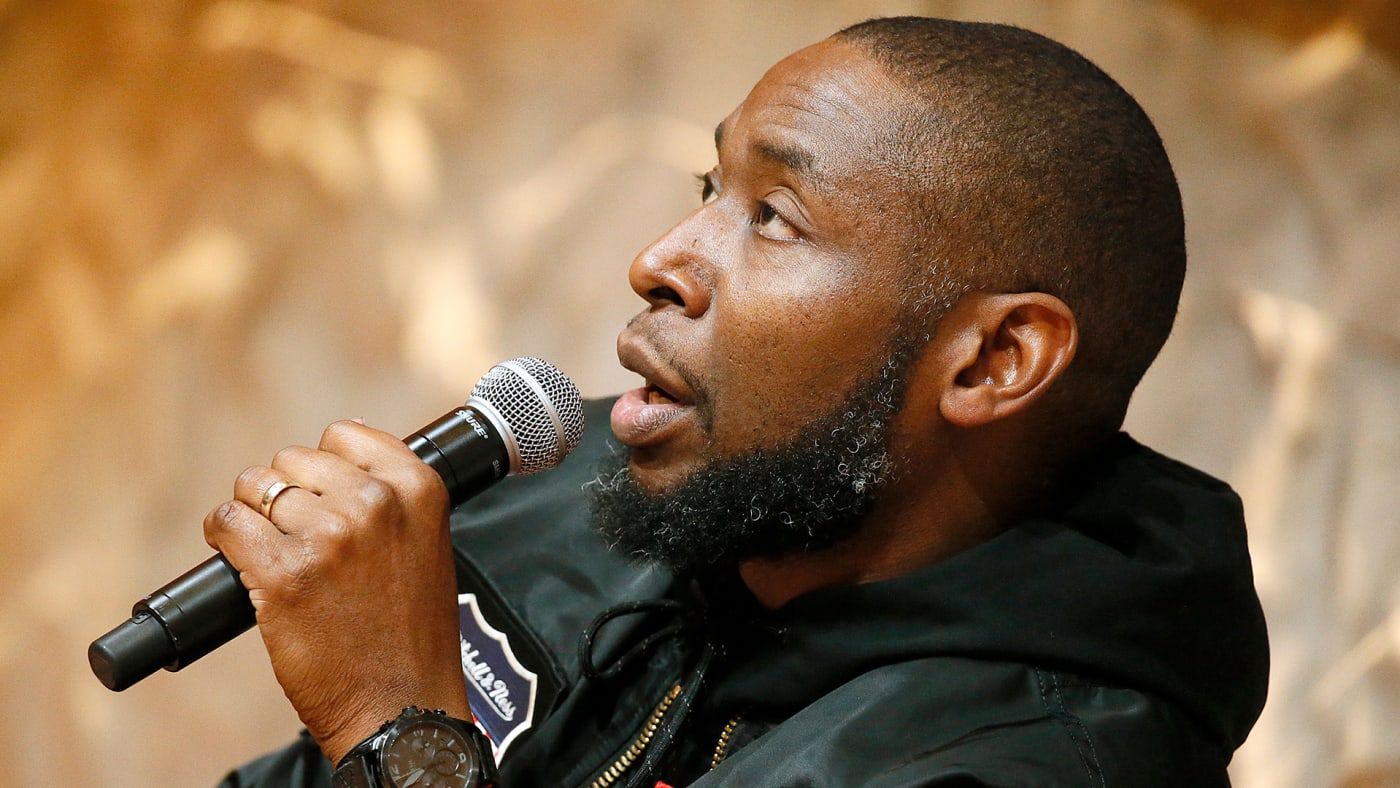 As part of his special faculty role, 9th Wonder will teach a class during the Fall 2022 and Spring 2023 semesters, provide professional consultation about booking musical talent, perform as a guest DJ during signature events, and facilitate a hip hop symposium.

As part of his special faculty role, 9th Wonder will teach a class during the Fall 2022 and Spring 2023 semesters, provide professional consultation about booking musical talent, perform as a guest DJ during signature events, and facilitate a hip hop symposium.

“We are thrilled to have such a creative, accomplished, and inspirational artist join ECSU for the school year,” says Farrah Ward, Ph.D., provost and vice chancellor for Academic Affairs at ECSU. “This special faculty appointment is based on exceptional creative and innovative accomplishments in an individual’s field, and the Artist-in-Residence cultivates creativity across disciplines and impacts the university and community. Our students are going to love having 9th Wonder on campus, and we’re excited to have him lead our new Hip Hop Symposium and share his expertise and talent with the university.”

A North Carolina native, 9th Wonder began his career as the main producer for the group Little Brother. He gained recognition and critical acclaim for his production on their debut 2003 release titled, The Listening.
Jay-Z’s studio engineer was impressed and contacted 9th Wonder to produce Threat for Jay-Z’s The Black Album in 2003. He went on to secure the major production role on Destiny’s Child’s 2004 album titled Destiny Fulfilled, on which he produced the tracks Girl, Is She the Reason, and the bonus track Game Over.

9th started his independent label Jamla Records in 2010 in Raleigh, N.C., which fostered the career of Rapsody, a Grammy-nominated rap artist hailing from Snow Hill, N.C. After numerous mixtapes, Rapsody landed her first breakthrough on Kendrick Lamar’s To Pimp a Butterfly, which also earned 9th a Grammy nomination for sound engineering on the album. In 2022, 9th Wonder, along with artists Robert Glasper and Kamasi Washington, were nominated for a Grammy in the category Best Progressive R&B Album.

In 2010, 9th Wonder joined the Executive Committee for Hip-Hop and Rap at the National Museum of African American History and Culture at the Smithsonian in Washington, D.C., where he has an exhibit on the Musical Crossroads floor. In addition to his work as a super producer, CEO, and DJ, 9th Wonder has served as an Artist-in-Residence at the University of Pennsylvania, University of Virginia, Long Island University, and North Carolina Central University. 9th Wonder was inducted into the North Carolina Music Hall of Fame in October 2019.