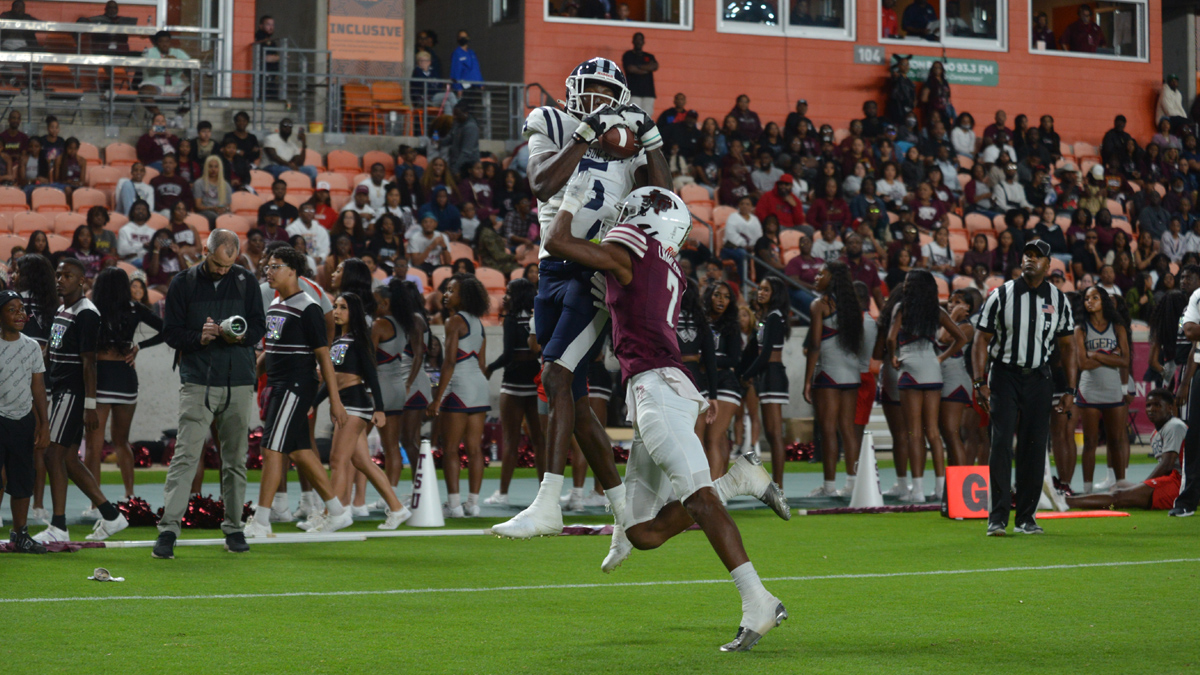 Jackson State proved to be too much for Texas Southern in Houston.

Jackson State got off to a hot start on the ground on Saturday evening with three first quarter rushing touchdowns. The rest of the game was more of the same as they overwhelmed Texas Southern 41-14.

Sy’veon Wilkerson went for a season-high 214 yards on the ground to lead Jackson State. The team’s offense was balanced throughout, accumulating 491 total yards on a 54-46 run-pass play selection split.

“Syveon is a dog,” Jackson State head coach Deion Sanders said after the game. He’s a pro. And the line blocked their butts off. They protected well and we did what we wanted to do.”

On top of that, Jackson State’s secondary locked in. They held Texas Southern to just 5.7 yards per pass attempt.

Texas Southern had trouble converting drives into points, opting for seven punts. On top of that, TXSO’s secondary was an issue. They allowed a concerning 7.8 yards per pass attempt. Running back Jacorey Howard led the way with just 38 rushing yards, a testament to TXSO’s offensive struggles.

Jackson State continues to show why it is the top team in HBCU football after the blowout win. The victory solidifies its position for now. It will be happy to have momentum headed into a huge matchup with Alabama A&M in Mobile, AL . The loss was a setback for Texas Southern, who had put together a string of wins heading into today’s game. Their fortunes might turn next weekend as they welcome a Grambling team that is just starting to find its stride.