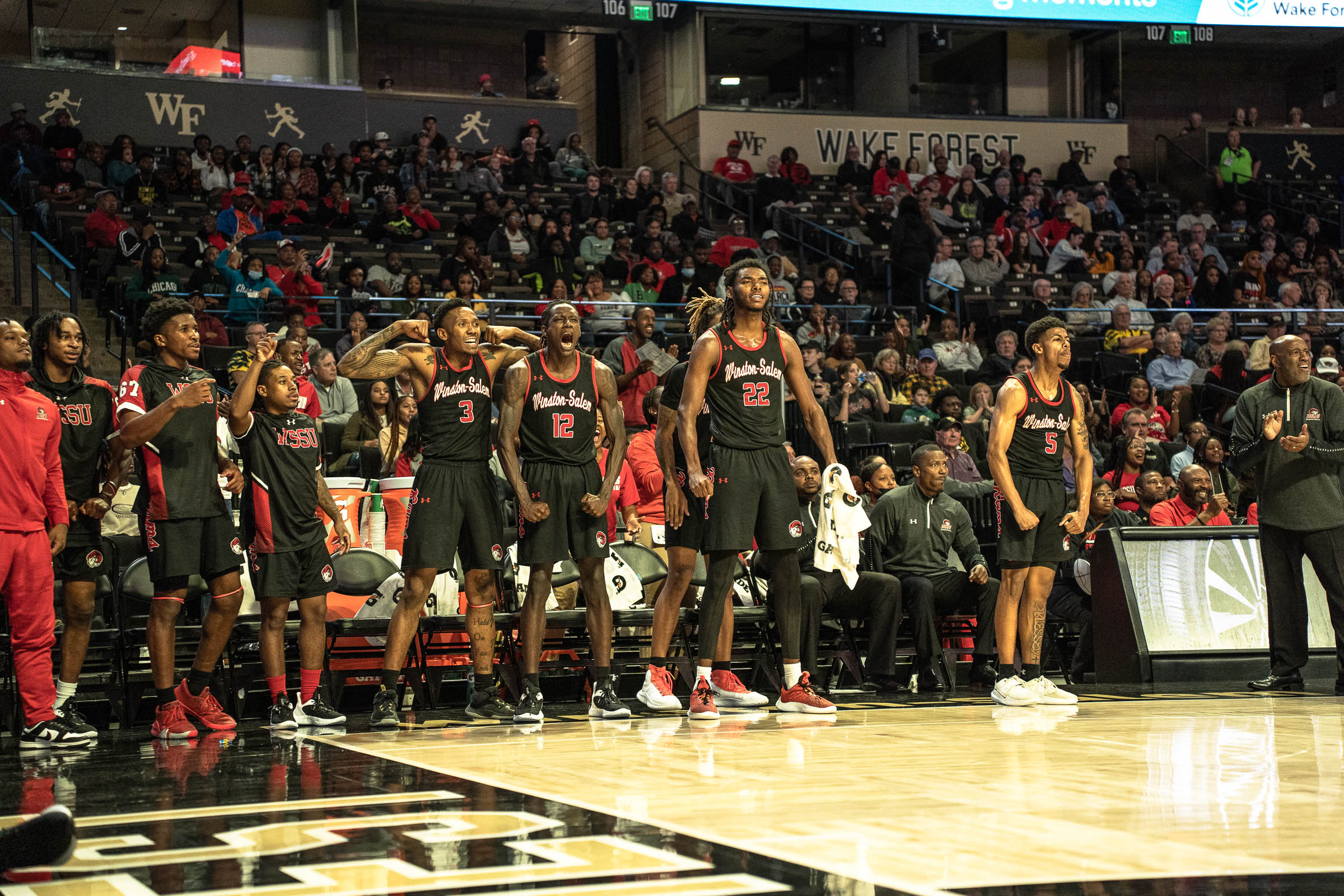 Winston-Salem State made a run at Wake Forest, giving notice to the CIAA of what it can expect

WINSTON-SALEM, N.C. — Cleo Hill Jr. suggests that Winston-Salem State and Wake Forest should stage a third exhibition next season, and maybe play it across Highway 52 at the Gaines Center.

After the Rams shook off a poor start and put up a fight in their recent showdown, don’t look for the Demon Deacons to rush across town to renew the tradition. And in the process of dropping an 82-69 decision, the Rams issued a notice to the Central Intercollegiate Athletic Association that its rivals will be in for a battle as well.

“Well, I thought there would be some nerves, and there were some nerves early, some missed assignments early,” Hill said. “But I think that’s what we’ve talked about since I’ve been here, me and my coaching staff … that the fight has to be there, whether win or lose, we want to, at some level, be the hardest playing team.”

The nerves that Hill alluded to may have manifest themselves in the first five minutes. Confronted by a taller group of Demon Deacons, the Rams found getting to the basket almost impossible, and when they did get there, they were forced to alter their shots to avoid having them swatted back out. WSSU missed its first nine shots before Samage Teel’s reverse layup at 15:01 cut the initial gap to 11-2.

Undaunted by a Wake Forest starting lineup that included 6-foot, 10-inch Andrew Carr and 7-1 Matthew Marsh and brought 7-footer Davion Bradford off the bench, the Rams stayed in striking distance and got a 3-pointer at the buzzer from Isaac Parson to cut the deficit to 40-27 at the half.

“We won’t see that kind of size in our league, and probably not in NCAA Division II,” Hill says.

And the fight that Hill wants to see from his team emerged in the second half. WSSU cut the halftime gap to 56-49 after freshman Ketron “KC” Shaw scored with 10:06 left. By this point, the Ramily was in full throat and exhorting the Rams to get even closer, turning the atmosphere into something akin to a championship contest.

However, the comeback ended there. A 12-5 run by Wake Forest in which Winston-Salem native Davien Williamson scored seven repelled the run. But it was an encouraging comeback, one that Hill wants his team to keep in perspective.

“But I think a game like this can go two ways. It could give you a whole lot of confidence, or it could spoil you, how you can become overconfident,” he says. “That’s something that we’ll have to talk to the guys about as a team, as individuals and definitely as seniors …”

One of those seniors is Jonathan Hicklin, who scored 17 points and grabbed six rebounds.

“We gained a lot of confidence from this game tonight,” Hicklin says. “And practice is going to get better. It’s going to get more intense and we’re going to work even harder in practice.”

The Rams wore warmups that included “’67” on the jacket sleeves, a reference to the 1967 team that featured Earl Monroe and and won a national championship. Hill, whose legendary father preceded the title team, says the champions will be recognized beginning next week.