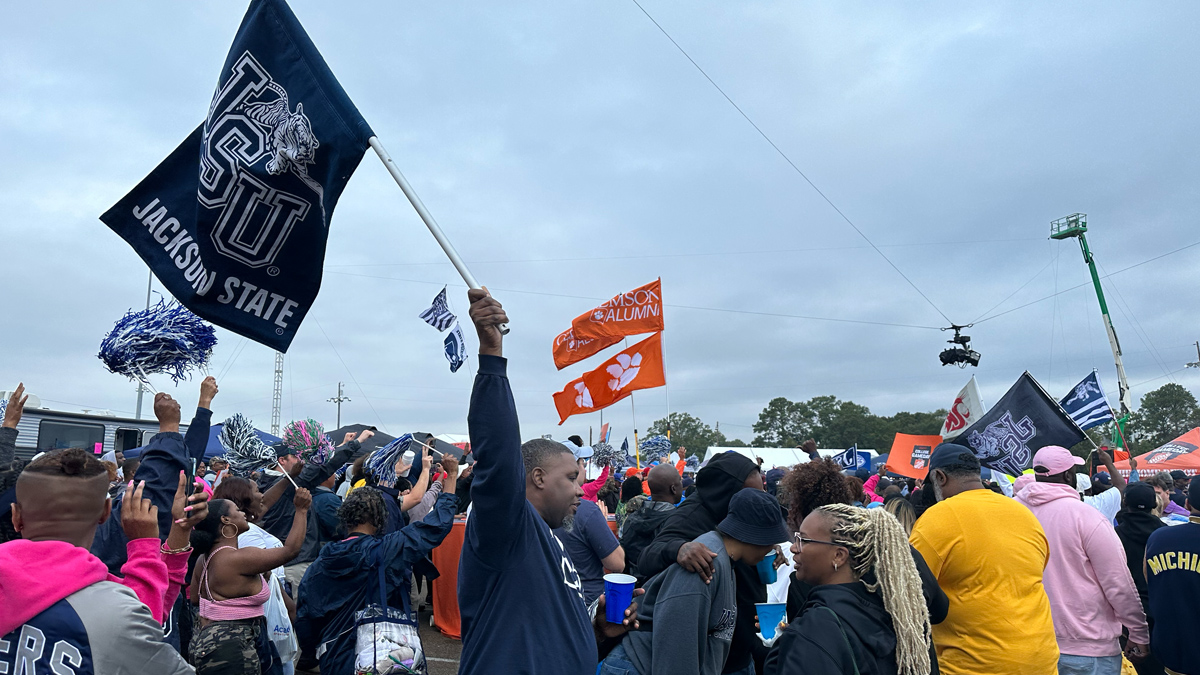 College Gameday took a trip to Jackson, MS to check out Deion Sanders and the HBCU pulled in big numbers for ESPN.

The College Gameday trip to visit Deion Sanders and Jackson State turned out to be a very fruitful one.

The ratings are in from Saturday morning’s show and it was wildly successful. ESPN Public Relations tweeted that the show prior to the Jackson State – Southern University game had just over 1.8 million viewers for its best Week Nine start since 2009. The show’s final hour was even more successful with 2.3 million viewers tuning in.

Smith flew in as Gameday’s guest picker. The Winston-Salem State University graduate picked Deion Sanders and Jackson State in a blowout — which turned out to be correct as JSU beat Southern 35-0.

This was the second time an HBCU hosted ESPN’s flagship college football show. The first was Florida A&M, which hosted the show back in 2008.

For his part, Sanders spoke glowingly of how the College Gameday experience went following Saturday’s win.

“I’m so darn proud of Jackson, Mississippi,” Sanders told the media on Saturday. “You have no idea…just driving through the crowd on the way to the stage had me darn, near in tears, just thinking about where we started from and where we are today. Then that was like the appetizer. The main course was going out there without any inclement weather early on in the game and allowed us to do what we do.”

330
The Latest in HBCU Sports and Culture