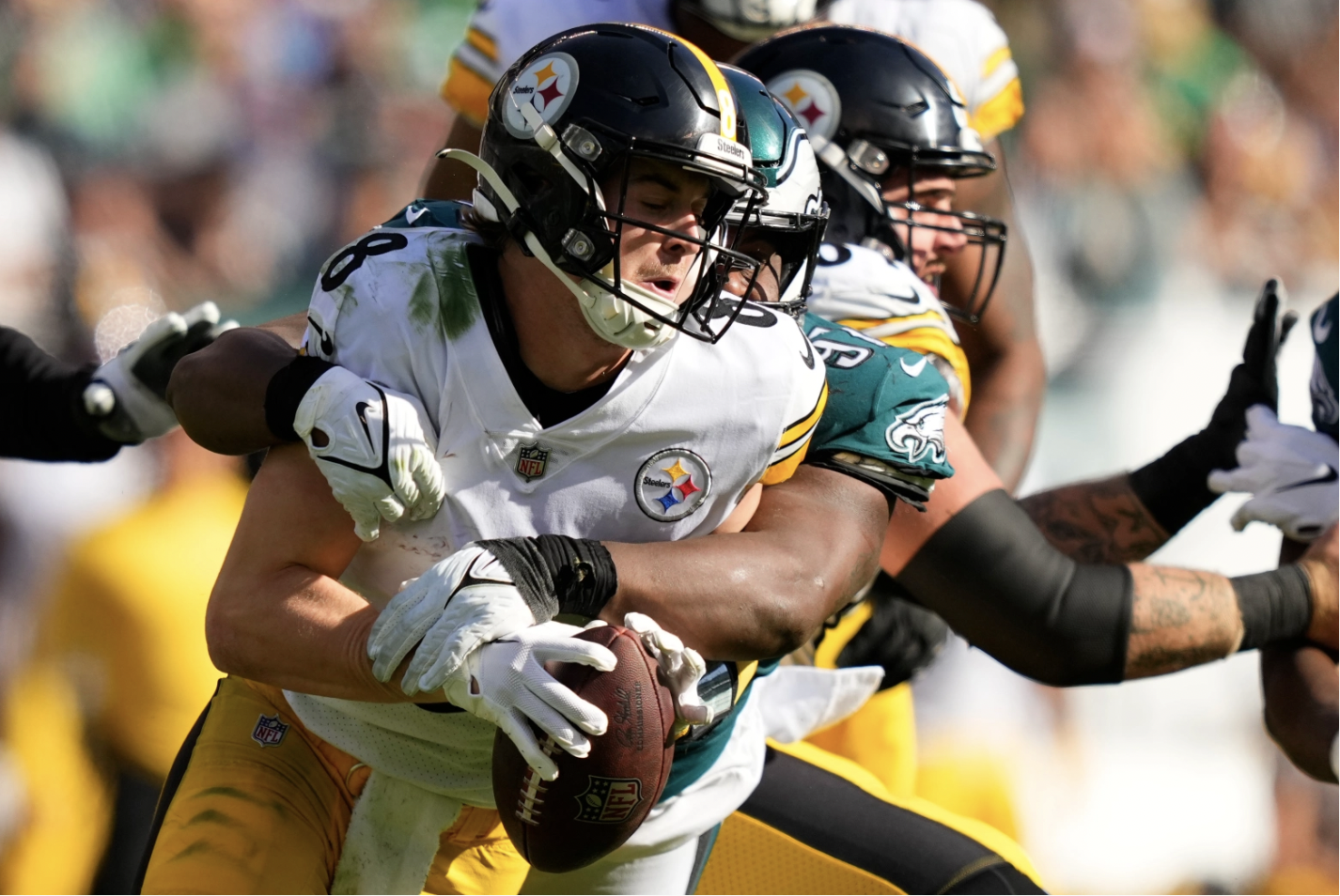 SC State defenders are again at the forefront of the HBCU NFL Report.

Hargrave, the Eagles’ 6-2, 305-pound defensive tackle wreaked havoc on his old team, the Pittsburgh Steelers. It came Sunday during Philly’s 35-13 dismantling of the Steelers.

Hargrave, nicknamed ‘The Gravedigger” was unblockable. He poured through the Steelers’ offensive line registering eight total tackles, six solos, including two sacks. His first sack was on the last play of the first half. He dropped Steelers’ rookie QB Kenny Pickett for an 11-yard loss.

His second sack came early in the fourth quarter. He plowed through Steelers’ center Mason Cole and caught Pickett as he tried to escape to his right. Hargrave wrapped his arms around the rookie QB forcing a fumble that teammate Avonte Maddox recovered.

It halted an eight-play Steelers drive that had carried to the Eagles’ 36-yard line with Pittsburgh trailing 28-13. Two plays later, the Eagles scored again for the final margin.

After the game, Hargrave posted photos of his sacks of Pickett with the caption, “They didn’t believe. GOD did.” It was an apparent reference to Pittsburgh not re-signing him after spending his first four years with the Steelers.

Apparently, some of his former teammates and current Steelers liked the photo.

Hargave was a two-time MEAC defensive player of the year at SC State. He was drafted in the third round of the 2017 draft by the Steelers. After being spurned by the Steelers, Hargrave signed a $39 million, three-year deal with the Eagles. The deal included $26 million in guaranteed money. It made him the highest-paid nose tackle in the league.

Indianapolis defensive captain and ringleader Shaquille Leonard played in only his second game of the season in the Colts’ 17-16 loss to Washington Sunday. But he was up to his old tricks.

He had a fourth-quarter interception to go along with four tackles on the day in limited action.

Leonard missed the first three games as he recovered from off-season back surgery. In his first game back, he suffered a concussion that had kept him out until Sunday’s game vs. Washington. He played 24 (39%) of the Colts’ defensive snaps against the Commanders.

“We kind of were working him back in knowing that he is not quite all the way back,” Colts head coach Frank Reich said of Leonard against the Commanders. “So that was just part of the planned rotation.”

The fiery Leonard was obviously disappointed in the outcome. He expressed those sentiments in his postgame interview.

– #97 JAVON HARGRAVE, DT, Philadelphia (7th season, SOUTH CAROLINA STATE) – Started at defensive tackle and was a game-wrecker in 35-13 win over Pittsburgh posting eight total tackles, six solos, with two sacks for -13 yards including one strip sack, one tackle for loss, and two hits on the quarterback. Hargrave was in on 46 (61%) of the defensive snaps and three (11%) on special teams.

#71 TYTUS HOWARD, OT, Houston (4th season, ALABAMA STATE – In 17-10 loss to Tennessee, Howard started at right tackle as Texans rushed for 43 yards and passed for 152 yards and one TD while giving up three sacks. Howard played 54 (100%) of the offensive plays and two (7%) of plays on special teams.

– #53 SHAQUILLE LEONARD, LB, Indianapolis (5th season, SOUTH CAROLINA STATE) – In only his second game played on the season, a 17-16 loss to Washington, Leonard had four total tackles, three solos with one interception and one pass defended. He played on 24 (39%) of the Colts’ defensive snaps.

211
The Latest in HBCU Sports and Culture