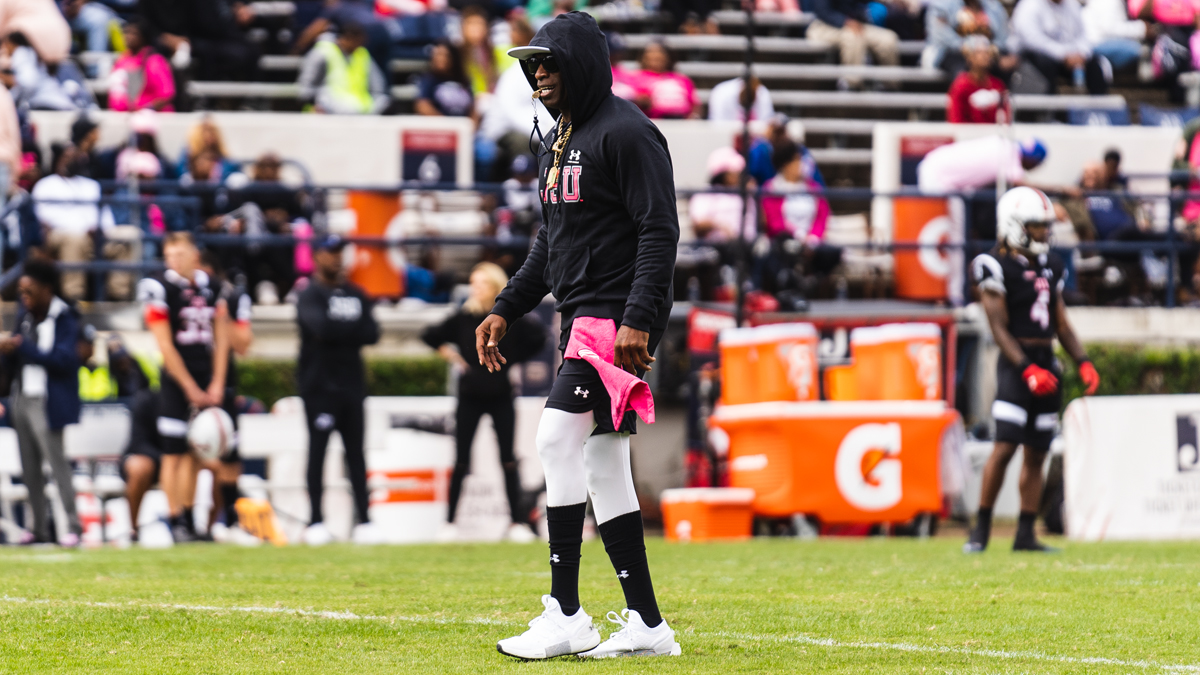 Deion Sanders and Jackson State are ranked in the top five. But that doesn’t motivate him, neither does the FCS playoffs.

Deion Sanders and Jackson State are a top-five team in the Football College Subdivision (FCS) — and they could care less.

JSU’s win over Southern improved its record to 8-0 on the season and kept it ranked no. 5 in the FCS Coaches Poll. And yet Deion Sanders, who finds motivation in a lot of things, doesn’t put much thought into it.

“I don’t really get too much on the rankings and all that. Who’s doing the rankings? I don’t even know who’s doing the rankings. Really, I don’t.” Sanders said when asked during the SWAC media press conference on Monday. “And I don’t I’ve ever addressed our team once by saying, ‘guys, guess what, this week we’re number five.’ I’ve never done that and I don’t think I ever will. We have a laser focus.

And that laser focus is purely on winning the SWAC and getting back to the Celebration Bowl. The same reporter asked Sanders if he had any hopes of competing in the FCS playoffs one day and he was clear about where he stands.

The Celebration Bowl is a postseason bowl game between the champions of the two historically black FCS conferences: the MEAC and the SWAC. It’s champions are contractually obligated to compete in the game and that’s just fine with Deion Sanders.