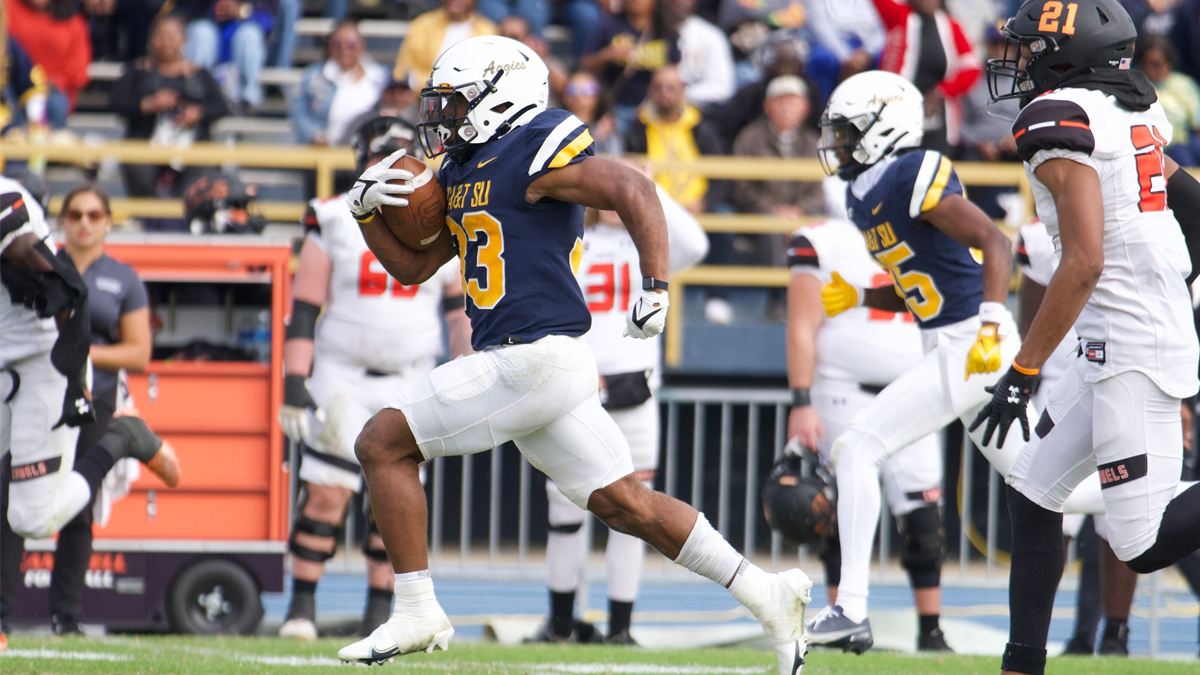 NC A&T is rolling and Norfolk State has been rolled over as the two former MEAC and CIAA rivals meet in Greensboro.

Another chapter of HBCU football unfolds on Saturday afternoon, when North Carolina A&T and Norfolk State square off. Recent results for NC A&T have been good, as it currently touts a five-game win streak. Unfortunately, Norfolk State has been trending in the opposite direction, having lost its last two. Both teams are likely studying the film from their last meeting in 2019. That one ended in a 58-19 win for North Carolina A&T.

The Aggies’ performance this season has demonstrated they can be dominant on both sides of the ball. Offensively, they’ve been able to put up 398 yards per game. On the other side of the ball, they’re holding the opposing offenses to 302 yards per game. The per rush numbers have been particularly impressive for their backs and receivers. On the year, they are averaging 5.3 yards per rushing attempt.

Tailback Bhayshul Tuten will be leading the way for NC A&T. Tuten arrives having rushed for at least 100 yards in the last seven games.

North Carolina A&T’s offense places a significant focus on the ground game. On the season they have a 60-40 rush-pass play selection split.

North Carolina is 4-0 at home so far this year, averaging 39 points per game in those games. North Carolina A&T has won five-straight match ups against Norfolk State since Oct 10, 2015, when both schools were members of the MEAC.

The Spartans will come into this contest with a 1-7 record on the season. They are averaging 14 points per contest, while accumulating a total of 15 touchdowns so far this year. Their defense allows an average of 285 yards and 39 points per game.

Jordin Lennon gears up after an impressive performance in Norfolk State’s last game. Lennon rushed for 114 yards and one touchdown in the team’s loss.

Norfolk State has a committee rushing offense. No one player has taken more than 22 percent of its rush attempts.