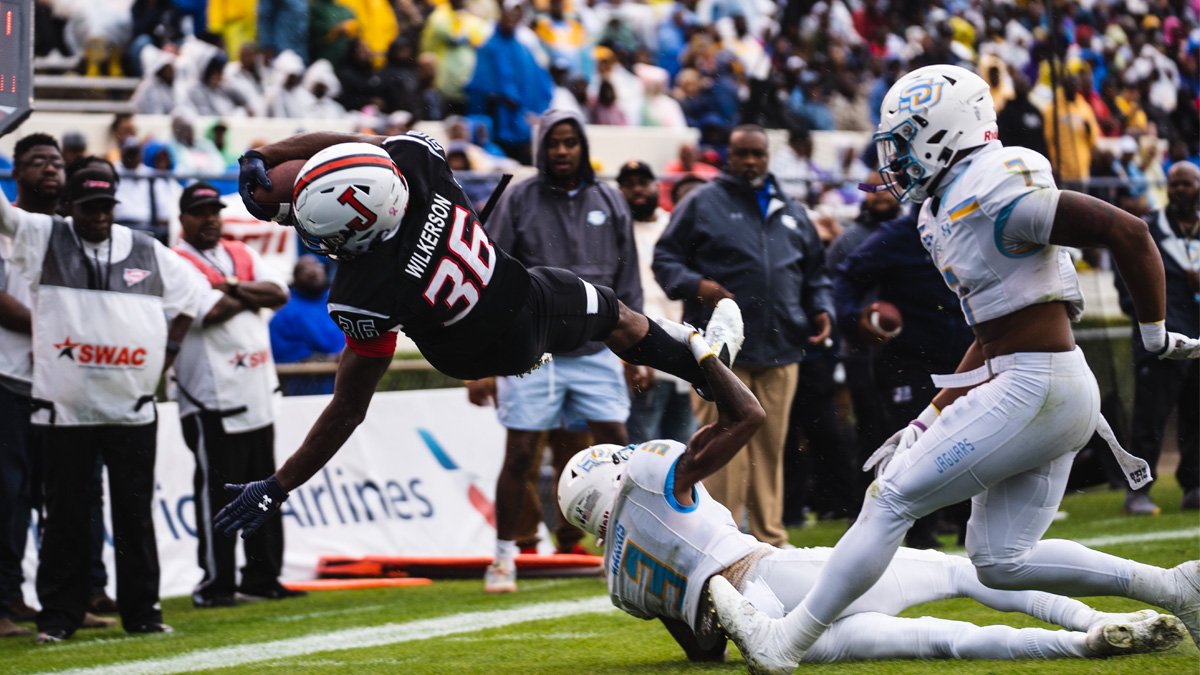 Jackson State got off to a slow start on offense, but its defense took control of the game and shut Southern out.

Jackson State was dominant in Saturday afternoon’s matchup against Southern. The JSU offense put up 35 points, while their defense kept the opposing offense completely out of end zone in their 35-0 rout.

Shedeur Sanders led Jackson State with two touchdowns on the ground in one of his best performances of the year. JSU piled up 362 yards in an efficient offensive performance.

JSU’s defense was also solid, particularly against the run. It limited the Southern running backs to just 3.3 yards per rush. That was important in a game where JSU got off to another slow start. Deion Sanders said his offense’s slow start didn’t worry him.

Southern’s kicking game was shaky, missing two field goals during the loss, including one that was blocked. Losing 53 yards to penalties certainly also played a role in their struggles. Cassius Allen was a bright spot for the offense, putting up 63 yards receiving on the day to lead Southern’s pass-catchers.

Jackson State remains in first place in the SWAC East after Saturday’s win. Southern showed the parity in SWAC West after dropping one to JSU today. SU was in second in SWAC – West heading into today’s game. Both teams play next on Nov. 5. It’s time to go on the road next for JSU. It will face Texas Southern who is struggling right now record-wise, but might get a slight bump from being the home team. Meanwhile, SU will hope to rebound with a road win against Florida A&M.