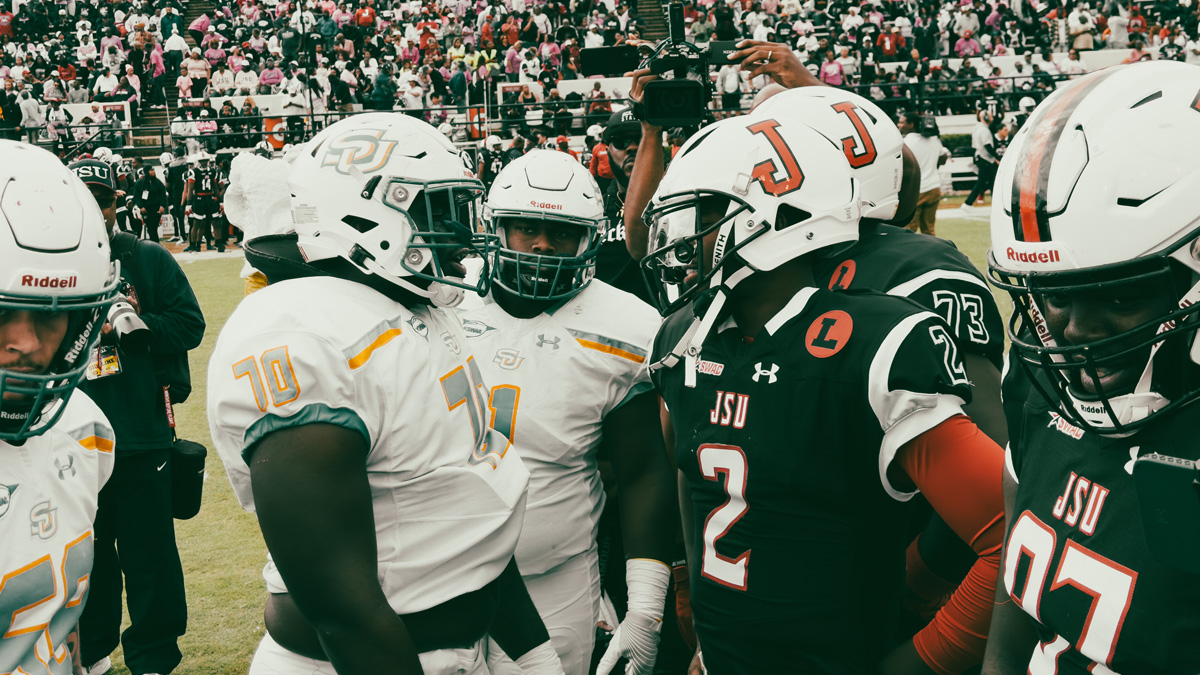 Jackson State vs. Southern 2022 in photos

Jackson State and Southern met for a SWAC showdown that had the nation watching.

It’s always a huge game when Jackson State and Southern get together, but Saturday’s matchup at Mississippi Veterans Memorial Stadium is unlike any other. The game was preceded by College Gameday, ESPN’s flagship college football show. The show brought fans from near and wide into the parking lot of the stadium as Rece Davis, Kirk Herbstreit, Desmond Howard, David Pollack and more showed up to highlight Deion Sanders and JSU prior to kickoff.

Then the game started, and eventually, so did the rain. Fans stuck around for as long as they could, but multiple weather delays at the start of the fourth quarter cleared out most of the faithful. Still, it was a game to remember for the 53k plus fans in the game and the thousands more who never quite made it in the gate.

Jackson State vs. Southern 2022 in photos